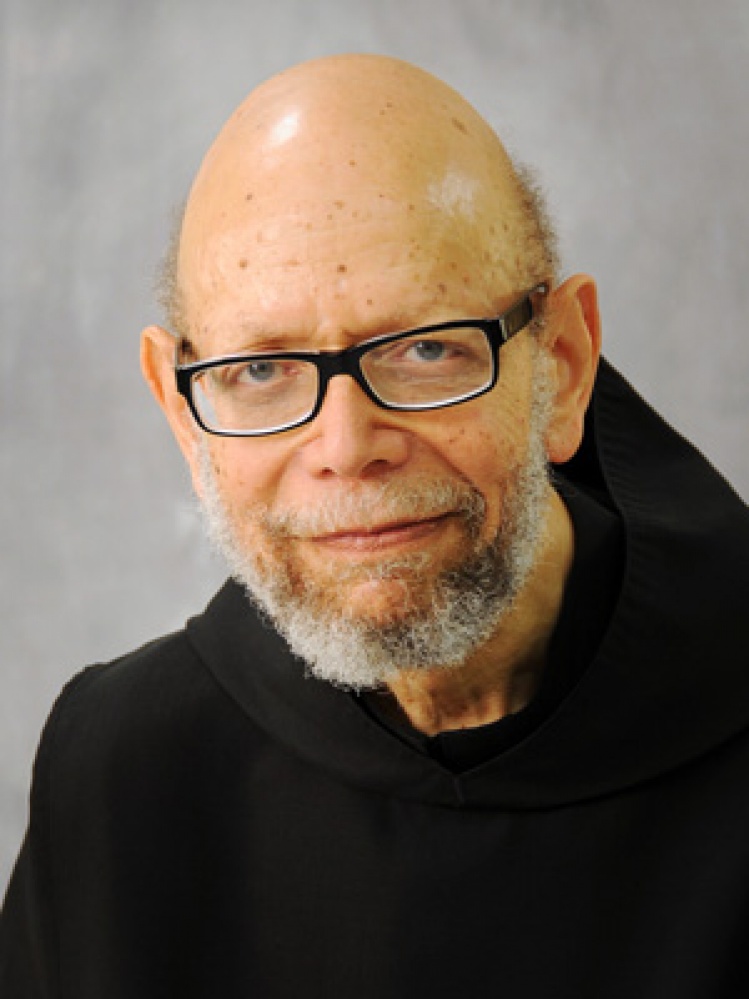 This is, by now, old news, but I don't think we've had a chance to discuss it yet here at dotCommonweal. Fr. Cyprian Davis, OSB, a monk of St. Meinrad archabbey in Indiana, died on May 18 at the age of 84. His 1990 book, The History of Black Catholics in the United States is one of a handful (no matter how small your handful may be) of essential historical works about the American Catholic Church.

The Catholic Church was African before it was European.  What became the US Catholic Church was Black and Spanish-speaking for nearly a century before the first English-speaking Catholics arrived.  Black Catholics were (and are), of necessity, a largely lay-lead community, often appealing (successfully) to Rome for support when they were confronted by racist behavior from local bishops, priests and seminary rectors.  Recovering and retelling all that history---and more---was at the heart of Fr. Davis' work.

In his preface to The History of Black Catholics in the United States, Fr. Davis wrote, "(T)oo often the presence of black Catholics through the centuries has been a muted one, a silent witness, an unspoken testimony.  It is the historian's task to make the past speak, to highlight what has been hidden, and to retrieve a mislaid memory."

For over 50 years he dedicated himself to making the past speak and retrieving mislaid memories.  As is common with the poor and the oppressed throughout human history, the typical documents, records and archives used to write the histories of the affluent and powerful are scarce or non-existent in documenting the lives of African-Americans.  It made his self-appointed task a difficult one, but not one he was unequipped for.

In a 1999 interview with Catholic Heritage magazine, Fr. Davis explained, “At Louvain University [in Belgium], where I studied, we worked under the principle that there was always a trace, always clues and evidence. We were taught to be as imaginative as possible. I credit a lot of what I’ve been able to do with that training.”

So, for example, when writing his biography of Venerable Henriette DeLille, foundress of the Sisters of the Holy Family, Davis made extensive use of notary records in New Orleans to piece together---in the absence of letters and other papers---Sr. DeLille's ministry.

His love of history and of the Church led him beyond being "just" a historian. He helped draft the powerful 1979 US Catholic bishops' pastoral letter on racism, "Brothers and Sisters to Us" and the inspirational 1984 pastoral letter on evangelization, "What We Have Seen and Heard", from the black Catholic bishops of the United States.  In the 1990s, he visited Benedictine and Trappist monastaries all across West Africa (Benin, Burkina Faso, Ivory Coast, Nigeria, Senegal, Togo), teaching Church history and on the development of monastic archives.  And for years he taught at the Institute for Black Catholic Studies at Xavier University in New Orleans, encouraging priests, nuns and lay leaders serving the Black Catholic community to take up the work of collecting and writing their own histories.

In a 2004 column Fr. Davis wrote,  "In another decade or so U.S. Catholics will learn that our church is more black, brown and in-between than Caucasian and more catholic than they dreamed. Will we be prepared for what that will mean?"  To the extent that we are prepared for what it means, we owe a debt of gratitude to Cyprian Davis (and those like him) for helping us along the way.

The Jesuits Go Another Round With Paul Ryan