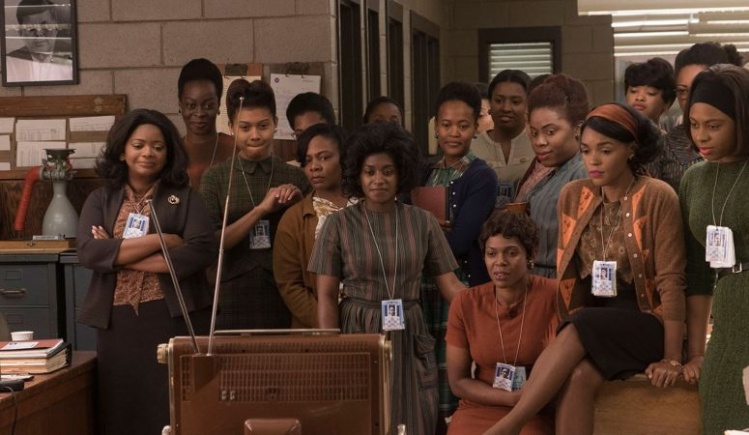 All salesmen get in your face sooner or later, and Michael Keaton as Ray Kroc gets in yours right in the very first shot of The Founder, the propulsively entertaining biopic about the evolution of McDonald’s from a single, modest family-owned restaurant into a worldwide force that feeds (if that’s the right word) the entire planet. In that first extreme close-up shot, Keaton—his eyes ablaze beneath devilishly arched eyebrows—flatters and pressures and cajoles the off-camera potential buyer of whatever it is he’s trying to sell. Soon his Bugs Bunny smile takes on a life of its own, a frightening life because it’s not animated by any delight in a unique product but by sheer all-purpose salesmanship. Kroc’s a demon of persuasion, but all this Mephisto is trying to sell is…a milkshake maker. The spiel ends. We cut to a silent medium shot. Salesman and customer face each other. And the buyer isn’t buying. A shrug, a mumble, he’s gone. And poor Kroc packs up and wearily hits the road.

He won’t be poor much longer. Mystified by an unusually large order for those milkshake makers, Ray drives to San Bernardino, California, to interview the buyers, the McDonald brothers, Dick (superbly played by Nick Offerman, all glowering integrity) and Mac (equally well done by John Carroll Lynch, all good-humored but vulnerable expansiveness), who have had success with a restaurant that serves high-quality burgers with great speed in disposable cartons. It’s all quite novel in 1954. In a wonderful montage, we see how the brothers used assembly-line techniques choreographed with a precision that Balanchine might envy. The result was satisfied customers, a well-paid and loyal staff, and relatively rich owners: capitalism with a human face. Ray Kroc wants in, but then he utters the fateful word: “franchise.”

The Founder is, inevitably, a sad tale of usurpation, unethical business behavior, and gargantuan ambition. The McDonald brothers practiced such small-scale, well-honed craftsmanship that medieval cobblers might have recognized them as spiritual heirs. But to be small-scaled is to be doomed, as Ray Kroc soon proves. He is a champion of all things large and modern: homogenization, standardization, incorporation, globalization. Kroc, his energies now focused on a product he believes in, creates a national chain employing the brothers’ “speedy system” but lowering the quality of the food. And when Mac and Dick baulk, Kroc undercuts them by buying the land beneath each franchise instead of merely leasing space. Thus, he makes money as a landlord and limits the control of the brothers over the chain. Eventually, Kroc buys the McDonalds out, leaving them with more than a million dollars each but without the 1 percent of profits he’d promised over a handshake.

Is Kroc so ruthless that we cease to care about him? Well, is Shakespeare’s Richard III so murderous that we cease to watch him? We care for Juliet and Falstaff, but fascination is what we feel for Richard III. Of another lethal Shakespeare character, Coriolanus, critic Marvin Mudrick wrote, “He’s like a great dancer or athlete, exciting to think about, paralyzing to meet, terrific to watch in action, but you wouldn’t want to have to live with him.” In his own way, Kroc has that sort of kinetic magnetism, and director John Lee Hancock and writer Robert D. Siegel keep us from hating him by showing that his bruised, middle-aged spirit (he was fifty-two when he met the McDonalds) craved a success much different from what the brothers wanted. They loved to see the contentment on their customers’ faces, but Kroc needed the faceless signs of success provided by profit margins and the knowledge that his product was virtually everywhere. Watching Keaton’s Ray Kroc, you might not like him, but you “get” him. He is what American business—with our cooperation—has become.

EXITING A THEATER screening Hidden Figures, I walked in a knot of people who were aglow with enthusiasm. They were feeling good about the film’s heroines, African-American women who had done splendid computational work that helped launch the early space flights at Cape Canaveral. (In fact, they were called “human computers.”) Their scientific contributions were all the more heroic for being made under the double pressures of racial prejudice and male chauvinism. Three fine actresses—Taraji Henson as mathematician Katherine Johnson; Octavia Spencer as Dorothy Vaughan, a computer supervisor; and Janelle Monae as aspiring engineer Mary Jackson—all sound every note of pathos, comedy, and nobility that the script makes available to them.

But I couldn’t share the glow. In fact, I felt sentimentally pummeled by this fast-moving, slickly made, and nuance-free film. The problem is not that it doesn’t get every fact right (The Founder probably cuts factual corners, too). The problem is the sheer audience-pandering crudeness. I could cite many examples of this, but let the following suffice:

When Katherine, the only black person working within a group of white males, goes to get herself a cup of coffee, all heads rise and swivel toward her in robotically uniform, bigoted alarm. I’m sure there was bigotry (a separate coffee pot labeled “colored” soon appears), but why such simple-minded choreography? Real office bigotry works by sidelong glances and muttered insults. And, by the way, what were all these guys doing at their desks? We never see anyone in the room except Katherine make a single contribution to the program.

Several white male characters outside that robotic group—grumpy but fair Task Director Al Harrison (played by Kevin Costner), charming John Glenn, and a nice Polish Jewish engineer—are no doubt intended to balance the cartoonish bigotry of the other men. But why are there three white female supervisors with identically malefic facial expressions who eye our heroines as if they couldn’t wait to tell the KKK about them? I’m not saying that scriptwriters Allison Schroeder and Theodore Melfi should have included a quota of decent white characters, but why such concentration of racist loathing in three interchangeable white women? There’s something strange going on here.

Katherine is constantly forced to use a segregated women’s bathroom far from her workspace. Why, even after she has won her boss’s respect, does she make no complaint until he bawls her out for being away on a bathroom break? Is it just so that she can make a big crowd-pleasing speech bawling him out in return? Having to fault such a nobly intentioned film is no fun. But noble intentions don’t excuse flattening the humanity of a fascinating true story. Hidden Figures is a cornball tribute to some great women. They deserved something better.