Fighting Back on Voting Rights 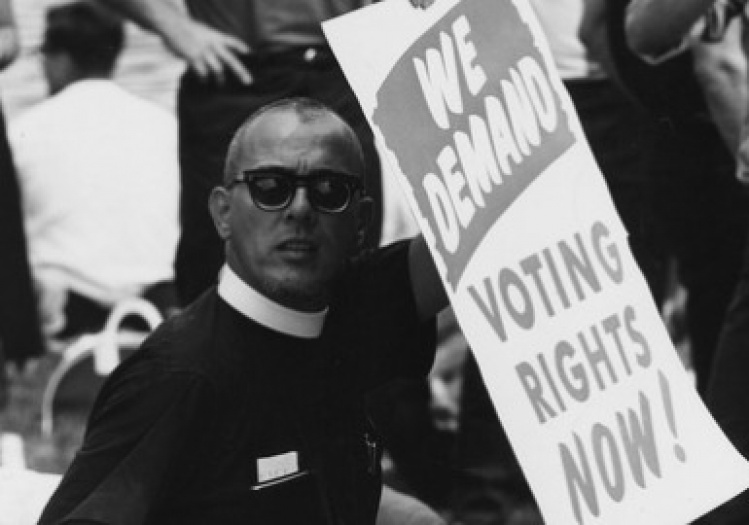 Attorney General Eric Holder has opened what will be an epic battle over whether our country will remain committed to equal rights at the ballot box. In a display of egregious judicial activism in late June, the conservative majority on the Supreme Court gutted the Voting Rights Act. Holder made clear last week he intends to fight back.

The struggle will begin in Texas, but it won’t end there. “We cannot allow the slow unraveling of the progress that so many, throughout history, have sacrificed so much to achieve,” Holder told the National Urban League’s annual conference.

He wasn’t exaggerating the stakes. From the moment the Supreme Court threw out Section 4 of the act, which subjected the voting laws in states and jurisdictions with a history of discrimination to Justice Department scrutiny, conservative legislators in those places gleefully signaled their intention to pass laws to make it harder to vote. In addition, Texas re-imposed a redistricting map that a federal court had already ruled was discriminatory.

These hasty moves were unseemly but entirely predictable, proving that Chief Justice John Roberts's opinion in the case will become a Magna Carta for voter suppression. Without having to worry about “preclearance” from the Justice Department, legislators can go about their business of making it more difficult for voters who would throw them out of office to reach the polls -- and of drawing racially gerrymandered districts that prolong their tenure. Justice Ruth Bader Ginsburg understood a logic here that escaped Roberts. “A governing political coalition,” she wrote in her dissent, “has an incentive to prevent changes in the existing balance of voting power.”

This in turn means that when a political party fares badly with minority voters, it will try to turn them away from the polling booths. That’s what segregationist Southern Democrats did in the past. Many Republican-controlled legislatures are doing it now.

Holder announced he was using Section 3, a different part of the Voting Rights Act that was left standing, to ask a federal court to re-subject Texas to preclearance. It is a less efficient way to achieve what the pre-gutted act allowed automatically, but it is the best that can be done for now. It would be better still if Congress reinstated a revised version of Section 4. In the meantime, the hope is to limit the damage of the high court’s folly -- and perhaps also give other states pause before they rush into new discriminatory schemes.

“This is the department’s first action to protect voting rights following the [Supreme Court] decision, but it will not be our last,” Holder declared. His department is likely to move this week against the Texas voter-identification law, and to go to court eventually against other states that pass comparable statutes.

To get a sense of how bad these laws are, consider the bill Republicans rushed through both houses of North Carolina’s Legislature that should be called the Omnibus Voter Suppression Act of 2013. It reads like a parody written for Stephen Colbert’s show with its cornucopia of provisions that would make it as hard as possible for African-Americans, Latinos, and young people to vote.

As the Charlotte Observer reported, it shortens the early-voting period, eliminates the opportunity to register and vote on the same day during that time, and ends pre-registration for teenagers sixteen to seventeen. The bill also prevents counties from extending voting hours when lines are long -- which they will be with the cutback on early voting days. It not only requires photo identification, but also narrows the list of what’s acceptable, eliminating college IDs, for example.

Oh, yes, and remember the old civic tradition of using all avenues to encourage people to register to vote, a favorite cause of that famously revolutionary group, the League of Women Voters? This bill would ban paid voter registration drives.

Throughout the world, our country proclaims its commitment to equal rights and broad democratic participation. We seem to be abandoning those ideals at home. You have to wonder what this will do to our witness on behalf of democracy.

It won’t shock you to learn that after Holder made his announcement, Gov. Rick Perry of Texas condemned the Obama administration for showing an “utter contempt for our country’s system of checks and balances.”

Actually, what Holder’s move shows is an utter contempt for efforts to deprive our fellow Americans of their right to cast a meaningful ballot. It is a contempt that all of us should feel.

The New Politics of Immigration