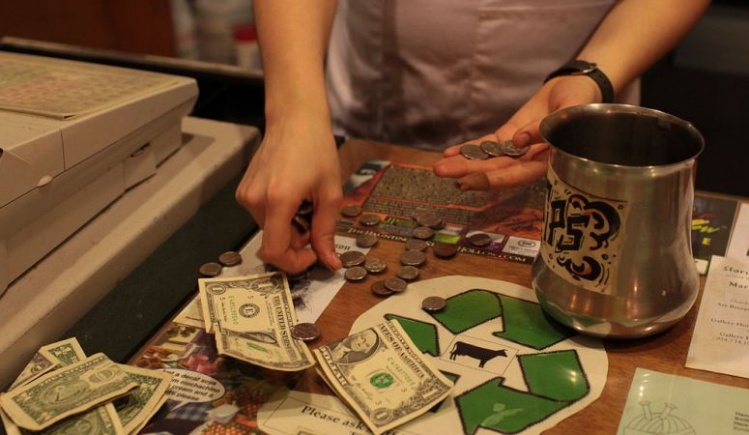 An eastern European immigrant with multiple degrees and extensive experience in computing finally finds work, after five years of struggle, as a temporary employee in a bank’s computer division. His skills help him survive many rounds of layoffs but after two years he still receives little more than the minimum wage, while the employment agency collects about the same amount as its commission. A forty-three-year-old accountant works three part-time jobs to earn only $25,000 a year. A software engineer is laid off from a government job and rehired at lower pay as a “contractor,” while poorly compensated adjuncts fill the university teaching positions once held by tenured professors. Taxi-driving as a profession is being undercut by Uber.

Such is the state of the job market in the 21st century. Work has become “casualized,” while steady and reliable employment is much harder to come by. The low official unemployment rate of about 5 percent says nothing about the continuity of work and does not take into account those who’ve possibly given up looking for a job. In both the United States and Canada, about one-fifth of the employed labor force works only part-time, and not necessarily by choice. Meanwhile, much full-time employment has become a merry-go-round of contract jobs, lay-offs, and re-employment. Though more than 80 percent of the employed workforce technically has full-time work, that percentage masks the provisional nature of it, with threats of outsourcing and forced early retirement often hanging over these employees. Separately but simultaneously, the role of unions has also shrunk, with public-sector unions threatened by so-called right-to-work legislation that would bar them from collecting dues from non-union members as a counterweight to employers’ power.

This state of affairs is sometimes given a positive spin—people have the flexibility to change careers multiple times over the course of a lifetime—but the reality is that work is more tenuous than it’s ever been, giving rise to a new social class called the “precariat.” These are workers whose work situation is precarious to the point of affecting their housing opportunities, marriage and family decisions, old-age support, and general peace of mind. Specific numbers are hard to come by, but Guy Standing, author of the book The Precariat: The New and Dangerous Class, estimated in the Toronto Globe and Mail that about 40 percent of Canadian adults may be in the precariat class. A 2015 survey by the Freelancers Union found that 54 million Americans, or 34 percent of the U.S. workforce, had engaged in supplemental, project-based, or temporary work in the previous twelve months; that’s up from the 42.6 million and 30 percent reported by the U.S. General Accountability Office in 2004.

And as if mere precariousness wasn’t enough, employees also face greater pressures in terms of job performance and how they’re expected to handle their tasks. Work is increasingly organized around assigned responsibilities and quotas, with little regard for time schedules. As the workload is ratcheted up, employees are assessed on completion of assignments, even if it means staying late or taking work home, often without overtime pay. Lower tier workers in some organizations are monitored electronically to track productivity. Middle managers and executives are essentially 24/7 employees, tied to their smartphones and internet connections (but at least they have the salve of higher pay). Some corporations use the GPS in smartphones to monitor their employees when not at work; a 2010 survey by the American Management Association found that two-thirds of U.S. employers monitor their employees’ internet use. The rhythm of life, long divided into work, family, and leisure, has been scrambled. And what will happen once robots start taking over even more of the work that human beings do now?

UNDOUBTEDLY, INFORMATION TECHNOLOGIES have made it possible to outsource production and realign work. Yet what is being done to the work and working conditions is a matter of deliberate private decisions and government policies. It is the outcome of choices made in the name of economic efficiency and cost reduction.

Efficiency has come to be defined as the reduction of labor costs. Technological change has increased productivity, but the gains thus accruing are increasingly being appropriated for outsized executive compensation and increasing stock values, not even dividends. This fact is widely acknowledged, but what is less frequently commented on is that efficiency actually comes from moving the costs of providing customer service to consumers themselves.

When was the last time your telephone call to a bank, insurance company, hotel chain, or income tax office was answered by a live human being? How often does a pre-recorded menu of choices include an option that actually matches the subject of your query? How long do you have to wait to get the information or answer or help you were looking for? Do you have to follow up with email or more phone calls to, say, file an insurance claim or contest a cell phone bill or order a change in your wireless internet service? All of these are examples of how the labor and knowledge costs of customer service and satisfaction have been passed to the consumer. There are many things you could call this, but “efficiency” is not one of them.

Policymakers and employers plead helplessness before global competition. But whatever the reality of economic efficiency, making the economy the primary object of national policy takes its toll on social organization and quality of life. Society is neglected to advance the economy for short-term gains. But it’s society that gives meaning, stability, and purpose to life. Society makes a nation. The neglect of society ultimately reduces people’s well-being and makes for dissatisfied citizens and divided nations. This is what is happening in North America, which has long championed its model of human progress.

Signs of society’s erosion are all around, from the widely acknowledged gap in income to the shrinking of the middle class. But there are others. Work, in defining status, serving as the source of social contacts, and functioning as community, has been the organizing element of modern societies, essentially substituting for religion. But the casualization and temporariness of jobs takes away the opportunities for building such bonds, weakening communities in the process. What friendships can be cultivated when people are looking over their shoulders in fear of an impending layoff, or when they’re constantly searching for other jobs?

The uncertainty about jobs is widespread. A 2013 opinion poll of U.S. workers found that about one-third feared being laid off, almost double the proportion in 2008, despite the improvement in employment rate after the recession. At the individual level, the worry about job security leads to deterioration of physical and mental health, reduces productivity and creativity, and decreases opportunities for personal growth.

The tenuousness of employment has another negative effect on society: the inability of many young adults to establish independent households. A Pew Research Center report released in May 2016 shows that as of 2014, for the first time in the modern era, more people aged eighteen to thirty-four live with their parents than in any other arrangement. Young workers in Canada also are finding it hard to set out and live on their own. Casualization of work reduces the ability to get and afford health insurance, to build up assets, and to save; these in turn discourage marriage and the starting of families.

The precariat has also effectively ruled out any thought of a retirement or pension fund, and even savings are a stretch. Pensions were instituted as a way of ensuring a decent standard of living for the old, but fewer and fewer workers are able to envision such a promise. In Canada, 47 percent of workers had Registered Pension plans in 1997; in 2011 only 40 percent had such assets, and the proportion of younger workers who had personal or job-related pension plans was much smaller. The Brookings Institute estimates that in 1978, about 66 percent of Americans had dedicated retirement assets in pensions; in 2015 only 33 percent did. Meanwhile, a Marketwatch survey in March 2016 found that 26 percent of American workers have less than $1,000 in total savings; in a recent Federal Reserve survey, 47 percent of respondents said they would have to borrow or sell something to be able to pay for a $400 emergency.

THE ECONOMY IS embedded in a moral and social order. Economic transactions are driven by people’s needs, social norms, and values. They are organized by conventions, laws, and market regulations and steeped in public order and morality of mutual rights and trust. The microeconomic pursuit of efficiency erodes social foundations of transactions, which in turn leads to a macroeconomic reduction in demand, retards economic growth, and promotes instability and inequity. Apart from the ungluing of society, misdirected efficiency comes to bite back in the form of economic stagnation.

It doesn’t have to be this way. Economic efficiency can be pursued while ensuring the rights of workers and strengthening social institutions. To give one example, employment agencies may recruit people for placement and temporary work, but they should be barred from sheltering employers from their obligations to long-term employees. Outsourcing of jobs and relocations of plants and offices should be more closely regulated, with a balancing of private interests and social goals. Free trade should not become a justification for avoiding social responsibilities.

It is entirely possible to have economic efficiency and social stability. It requires a change in the business culture and a new policy framework. Good workers are bred by secure jobs and by working conditions that foster commitment and creativity. Motivated workers are the ultimate source of high productivity and high profits. Zeynop Tan of M.I.T. and others have shown with their studies of retailers like Trader Joe’s and Costco that “profits are not maximized by reducing labor.” They are increased by investing in employees.

A policy framework and trade regime that encourage employers to garner profits by cultivating good jobs and providing effective customer service can be fashioned without jeopardizing market freedom. My argument is that by continuing along the current path of economic development, North America will before much longer be characterized by an atomized society and truly dysfunctional polity.