Some days, when we cannot pray, a prayer utters itself.
By Christian Wiman
The Last Word
Spirituality
Poetry 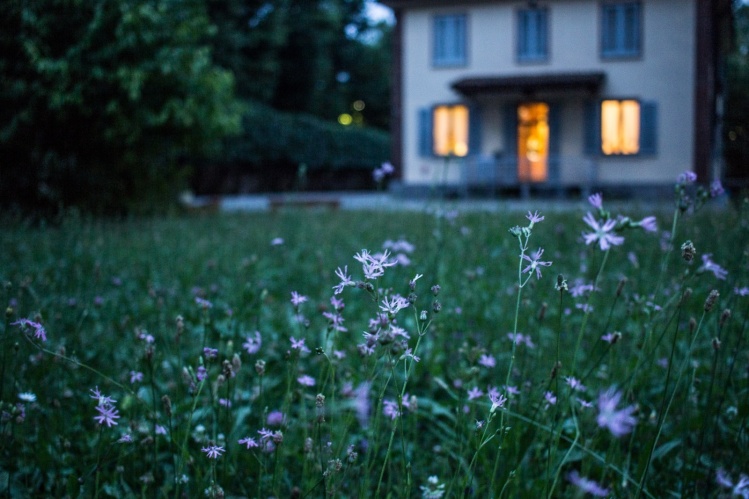 Some days, although we cannot pray, a prayer
utters itself. So, a woman will lift
her head from the sieve of her hands and stare
at the minims sung by a tree, a sudden gift.

Some nights, although we are faithless, the truth
enters our hearts, that small familiar pain;
then a man will stand stock-still, hearing his youth
in the distant Latin chanting of a train.

Pray for us now. Grade 1 piano scales
console the lodger looking out across
a Midlands town. Then dusk, and someone calls
a child’s name as though they named their loss.

Darkness outside. Inside, the radio’s prayer—
Rockall. Malin. Dogger. Finisterre.

Faith comes through hearing. I always think of that line from the apostle Paul (Romans 10:16) when I read—or rather hear, for this poem only comes fully to life when read out loud—this “prayer” by Carol Ann Duffy. Spreading the Gospel is Paul’s concern (“How can they believe in the one of whom they have not heard?”), but, as is often the case with Scripture, some charged, less teachable truth has infiltrated the lesson. Faith comes, in this deeper sense, not through taking in and assimilating the meaning of words, indeed not through content at all, at least not primarily. It comes, literally, from the air, from sound. I would call it pre-Christian if Christianity didn’t itself contain its own cosmic origin and extinction: In the beginning was the Word, and the Word was with God, and the Word was God. I say “origin” because the verse puts Christ not simply at the beginning of Creation but as its source and means of sustenance. (God speaks existence into being in Genesis.) And I say “extinction” because every human utterance exists in the shadow of—and is annihilated in the full light of—that divine one. You can’t hear the word of God until you’ve heard the Word of God. The word is imparted, the Word intuited. The word comes from a minister, of whatever sort. The Word might come from the leaves of a tree, or a rudimentary piano lesson, or a radio’s shipping forecast.

It’s so beautiful, so consolingly clear and assured, that you might not notice the enormous gulfs of despair and unbelief it has carried you over.
sharetweet

Sound, then, that’s the first thing to attend to in poems. And what a sound this solemn sonnet makes. It’s so beautiful, in fact, so consolingly clear and assured, that you might not notice the enormous gulfs of despair and unbelief it has carried you over. There is a sense of volatile melancholy in the poem—is the woman with her head in her hands praying or grieving?—a sorrow just on the verge of revelation. “The knowledge of the fallen world does not kill joy,” writes Alexander Schmemann, “which emanates in this world always, constantly, as a bright sorrow.” And then that sorrow becomes more explicit: “Someone calls / a child’s name as though they named their loss.” The pain of childhood, even if it’s just the sense of its end, gets healed by time until one day you find yourself with your own child, whose presence gives you so much joy that it jolts loose a sadness—a wound—you had forgotten about, and you call your child’s name as though you named your loss. The “truth” that enters your heart is restorative and necessary, but it is also “a small familiar pain.” W. H. Auden once defined poetry as the clear expression of mixed feelings. The truth of this poem is small and familiar and deeply consoling, but it is also painful.

The poem ends with those place names from the shipping forecast, as if the very earth cried out to God, as indeed it does sometimes in Scripture. Which is precisely the point: some days, although we cannot pray—because we are too busy, or because we are in too much pain, or simply because the words will not come—a prayer utters itself. There is a wrenching moment near the end of Marilynne Robinson’s novel Lila when the title character and her husband, John Ames, are discussing, almost arguing, issues of faith and prayer. John finally throws up his arms and says, “Family is a prayer. Wife is a prayer. Marriage is a prayer.” By which he means to say something similar to what Carol Ann Duffy is saying in her poem: that the world and the soul, our existence and God’s, are far more permeable—and much more possible—than words like “faith,” “truth,” or even “prayer” can suggest. 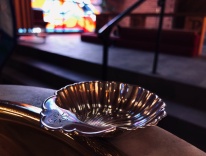 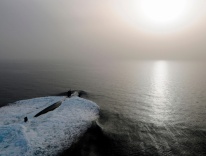