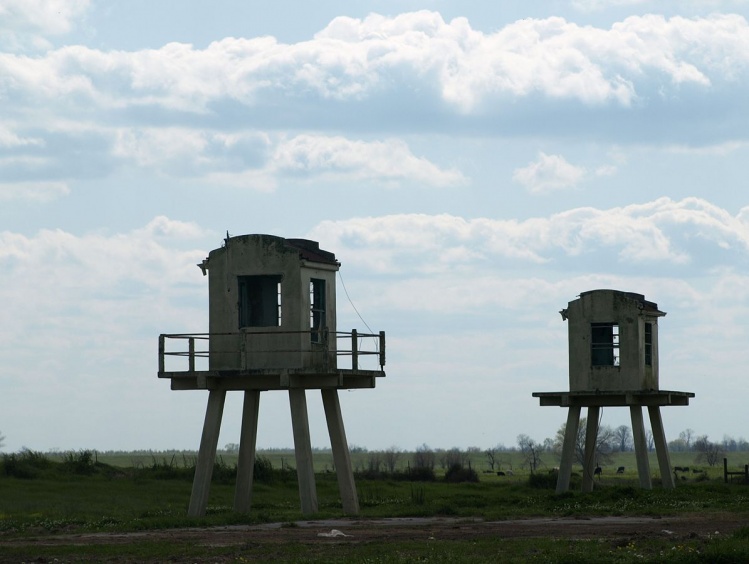 Louisiana State Penitentiary, a.k.a. Angola, is America’s largest maximum-security prison, housing over 6,300 inmates in five separate complexes on 18,000 acres of a working prison farm. Cellblock and dormitory units are still called “camps,” a holdover from the time when the grounds of the prison were still a plantation, where slaves were assigned to various work camps. The plantation became known as “Angola” after the part of Africa that supplied its slaves. The name stuck. As a prison serving the jurisdiction with the world’s highest incarceration rate, Angola is a potent reminder of the connection between slavery, Jim Crow, and what people now call “the new Jim Crow.”

To be banished to Angola—even in 2017—means to experience a civic death like no other. Because of Louisiana’s draconian sentencing laws, prisoners at Angola have few options for gaining early release and little incentive to change themselves in any deep way. Today, 90 percent of those incarcerated at Angola end up dying there, and it is not uncommon for inmates to die alone, their funerals presided over by the prison’s unique inmate-minister program, with no family present. Having lost all meaningful contact with family members and friends and facing a lifetime of incarceration, many inmates report losing hope.

Some turn to one of the few resources left to prisoners at Angola: personal religious faith. Angola is the only prison in America that allows inmates to run their own churches—a practice with roots in the prison’s history as a plantation, where slaves organized their own churches. These inmates’ religious communities were expanded in the aftermath of a 1974 federal consent decree, which found that conditions at the prison “shocked the conscience of any right-thinking person.” From then on, prisoners were encouraged to turn what had been described as “inmate-led religious clubs” into active “churches.” And so they did, forming Baptist, Pentecostal, Catholic, Methodist, and other Christian worship communities—collectively referred to as the “Angola Church.” The size of these communities at Angola mirrors almost exactly the percentages of Baptists, Pentecostals, and Catholics in surrounding Louisiana. Adherents of other faiths, including a small contingent of Muslim inmates, also openly practice at the prison.

In 1994 the federal government revoked Pell Grant eligibility for convicted felons, denying college funding to millions of prisoners. Burl Cain, the warden of Angola, felt that the elimination of this resource was uniquely harmful to Angola. Educational programming was among the few incentives for good behavior available at his prison. With few other options, Cain reached out to friends connected to the New Orleans Baptist Theological Seminary (NOBTS) to explore the possibility of providing some minimal collegiate-level course work as a gift to the prison. NOBTS administrators say they were reluctant at first. How would they pay for it? They pointed out that the guiding mission of NOBTS is to “equip local churches” with ministers, not offer degree programs for students unaffiliated with active congregations. Once they learned about Angola’s inmate-run churches, however, NOBTS decided that educating prisoners might fall within its mission after all. A prison seminary could produce graduates equipped to staff the isolated Angola Church directly.

Angola’s inmate ministers are now deployed throughout the prison—leading churches, working as hospice orderlies, visiting those on death row, delivering family-death notifications to fellow inmates, conducting inmate funerals, and counseling the bereaved. They also serve as seminary tutors and literacy coaches. Governed by a personalist ethic of what they call “relationship theology,” Angola’s inmate ministers serve the prison by focusing on interpersonal relationships. Inmate congregations “tithe” back to the prison with toiletries, shoes and clothing, small monetary gifts, and stationery. These contributions are reserved for the poorest inmates at Angola. In 2015, 38 percent of Angola’s prisoners had less than five dollars in all personal accounts.

While “prison religion” is often caricatured in disparaging ways, religious practice at Angola offers an alternative to destructive aspects of prison life. Inmates report finding great rehabilitative value in being asked to “give back” to the prison through religious service. Religious conversion also gives many inmates a new way to address painful memories of life before prison, a way that is healing rather than condemnatory. One inmate minister described the connection between religious contemplation and his vocation at the prison:

How we help inmates is we enter into their suffering with them and help them come to a point of freedom with it. Look, I died yesterday. I serve today. I’m resurrected today. Those people who don’t believe in prison religion—well they don’t believe in religion period! So don’t waste my time. Until you realize that you’ve sinned against the law of love, all you produce [with your punishment system] are prisoners of war.  Now that prisoner is going to obey, for a while, but he has not been set free—free to enter into loving relationships. When you demand a behavior without setting a man free to love, you will fail. When you become a son of God, you become human again. You make right choices for the right reasons—in relationship. Love work is the only work.

Religious practice at Angola does not just keep inmates busy with self-help; it offers a means of addressing core issues while alleviating loneliness and isolation. Drawing upon the whole history of the Angola Church, the seminary’s focus on mercy and service provides a powerful counterculture to the oppressive isolation of so many American prisons. The seminary formation process encourages “right behavior for the right reasons” and rejects a strictly punitive understanding of justice. The inmates’ religious faith gives them the spiritual strength to endure, but their endurance is directed not against the prison staff, but against “the system” itself. In their view, the prison system oppresses not only prisoners but anyone involved with it, including wardens and guards.

At Angola prisoners find sanctuary in the church, and in the seminary in particular. They describe their religious experiences as “cathartic,” “liberating,” “healing,” and “precious.” Many describe the Angola church as providing them with the first opportunity in their lives to deal with their past and not be destroyed by it. Faith at America’s toughest prison plays exactly the role Jesus said it should play: it tends to the most vulnerable, serves the sick and dying, and heals the brokenhearted through acts of loving kindness. It is a model not only for other prisons, but for the church at large.

Michael Hallett is a professor of Criminology & Criminal Justice at the University of North Florida and senior research fellow at the Institute for Studies of Religion at Baylor University. He was lead author of the new study, “The Angola Prison Seminary: Effects of Faith-based Ministry on Identity Transformation, Desistance, and Rehabilitation.”