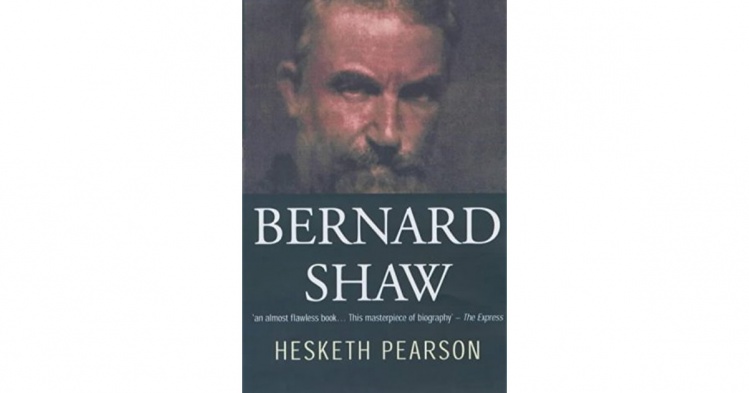 IF BIOGRAPHIES of writers are justifiable—and there is much to be said for the view that their own works contain all that is relevant—it is because, in their case, the ways in which they accept and revolt against their immediate situation are peculiarly easy to watch, and the acceptance of and revolt against the immediate is the central human problem of free will.

The sin of the popular writer is an accidie that accepts the social values of his day as absolute; the sin of most good modern writers is a pride that perceives their imperfections in these values and revolts against them, but in so doing, adopts as final values which are opposite but also partial, the mirror image of what it attacks. A writer is great—there are no perfect writers—in the degree to which he transcends both simple acceptance and simple revolt, so that later generations are conscious in reading him less of his relevance to his age and more of his relevance to themselves. In the speech of the Inquisitor in "Saint Joan," for example, Shaw is a great writer; in "As Far as Thought Can Reach" he is only an interesting example of liberal thought at the beginning of the twentieth century. In both cases he is concerned with religion and politics, which he has declared to be the two proper concerns for an adult (his deliberate omission of love makes his adult religion and politics a little strange), and his success in the one and his failure in the other may serve as a starting point from which to consider his life and work.

If we do not know it already, Mr. Hesketh Pearson's account* of his childhood would make it very clear that what was presented to Shaw as the Christian faith was not Christian but unitarian, the eternal religion of this world. The greater the social prestige and political and economic power of the Church, the greater must always be her temptation to "confound the Persons and divide the Substance," i.e., to make God the purely transcendant First Cause of the Greek philosophers, the absentee landlord of the universe, and herself His bailiff. The Word made Flesh must then be either safely imprisoned, like the Emperor of Japan, within the ecclesiastical organization—the danger for Catholicism—or safely "humanized" and turned into a good boy scout—the danger for Protestantism. In either case the Christian faith has been abandoned for a political religion, more agreeable to the bourgeois Haves in society. Unfortunately, in attacking this heresy, the bohemian Have-nots are tempted to make God purely immanent, in a Great Man, a race, or a class, to deny the Father in the name of the Son.

As the leader of the English opposition from a time when Darwin was still shocking until Hitler's Blitzkrieg over London, Shaw as a man and as a writer, his highly personal formulation of the Have-not religion, his quirks and biases, his insights and blind spots, deserve the closest consideration.

The Fairy Godmother never bestows her favors singly but always in contrasted pairs: if she gives a power, she also gives a weakness; if she provides a source of happiness, she never fails to add a source of suffering. This has led some psychologists to diagnose the weakness as the cause, and the power as its neurotic effect. This, of course, is rubbish. Suffering is not the cause of genius but its guardian angel, the means by which its possessor is compelled to make the use of his talent a serious matter, the limits which make his freedom a reality.

The fact that Shaw's father was a poor, conscience-stricken drunk and that his genteel mother showed him little affection did not make him imaginative, but they certainly, helped to turn his imagination into a moral passion. On the other hand the same situation might have driven a child with a different hereditary make-up in quite other directions. The young Shaw was lucky enough to have the inclination to make the family skeleton dance and not in despair to seek all his life for someone to care for him. Yet the very intense vitality, intellectual curiosity and freedom from the common temptations of sex, money and a Good Time, which have been his greatest strength, have at the same time been his greatest danger.

They almost prevented him from seeing that if he was right in regarding, like Plato, carnal passion as a limitation upon intellectual contemplation which could and should be removed, then, if one were, not Shaw, but only un homme moyen sensuel, one's only road to salvation must lie in practicing that morbid "Crosstianity" which he attacked in the preface to "Androcles and the Lion." They almost turned him into one of those stoics who, as Pascal says, "conclude that what has been done once can be done always, and that since the desire of glory imparts some power to those whom it possesses, others can  do likewise…that all those who are not at the high degree of wisdom are equally foolish and vicious, as those who are two inches under water."

And they almost turned him into an apologist for fascism. His criticism of a Darwinism and a behaviorism which allow no free-will to anyone but History and make evil the necessary present ground for future good—God moves in a malicious way—is brilliant and acute, but his own Lamarckism, which in theory sets no limits to human free-will and makes evil an accidental product of ignorance—my boy, you can be good if you only try sensibly—is in fact quite as pessimistic. For the worship of Universal Necessity, it substitutes the worship of Individual Virtue, the Hero, Hercules-Prometheus who defies the evolutionary Zeus on the grounds that he knows the Creator's mind better than he does himself.

But where did the hero obtain his virtue if not from a Zeus of Necessity who supervized the exceptional mutation of germ-plasm which made him what he is, or from a Zeus of Chance who alloted him a social and economic position in which he was less limited than the churlish mass of mankind? (It is noteworthy that Shaw's English predecessor, Samuel Butler, declared a private income to be a sine qua non for the Good Life.) Moreover, if great men are the only hope of the Evolutionary Process, they are morally bound to rule the masses for their own good—we are all here on earth to help others: what on earth the others are here for, I don't know—and the masses have no right whatsoever to resist them. The logical consequence of both the Darwinian and the Lamarckian premise is dictatorship as Hobbes and Plato respectively perceived.

Yes, his gifts almost deceived Shaw; but not quite. For he really is a great man, too intelligent not to know what conclusions would follow, but also too good-hearted and too humble to accept them. Hence, perhaps, the famous Shavian humor, for at the bottom of everything comic lies a contradiction.

He cannot, thank God, be serious for very long: the more logical his argument, the more certain he is to accompany it with a wink. Indeed his only insufferable characters are his good people (using "good" in the Shavian sense) ; like Candida who is a dreadful woman or Joan who talks like a lady novelist, and his most lovable characters are rogues like Candida's father.

For the same reason, perhaps, while no playwright has ever equalled Shaw in his insight into the effect of occupation upon character—he is the only writer who has read Karl Marx with real profit and most of his plays might be called studies in occupational diseases—yet the occupational type which he cannot draw is his own, the artist: Marchbanks and Dubedat are the mustiest of theatrical props. His most first-hand, realistically unheroic observation is of the political hero, the stoic in a high position. (More Shavian than Shaw, Mr. Hesketh Pearson calls this "the religious temperament!")

Reading this biography, one is shown over and over again how Shaw's instinct has consistently prevented him from becoming what for one of his extraordinary gifts was always tempting and easy, a great man of this world, a politician, and insisted upon his remaining an artist, the one worldly calling which by its nature can force its help on no one, for whatever pleasure and profit one derives from a work of art depends upon what one brings to it.

All his life Shaw has been devoted to music (he was probably the best music critic who ever lived) and, as he tells us, it was from Mozart's "Don Giovanni" that he learned "how to write seriously without being dull"; and this devotion is, perhaps, the due to his work. For all his theater about propaganda, his writing has an effect nearer to that of music than the work of any of the so-called pure writers.

The Mozart of English Letters he is not—the music of the Marble Statue is beyond him—the Rossini, yes. He has all the brio, the humor, the tunes, the clarity, and the virtuosity of that great master of Opera Bouffe.

And this is a very great deal. If now we see errors in his doctrines, the credit must go to Hitler, not to our own acumen; and the present generation, if it is honest, will have to admit that in comparison with its own spokesmen, the "vulgar old buffer" not only had nicer manners, a kinder heart, and a more courageous will, but also wrote a lot better.

A Walk After Dark and Mundus et Infans | Two Poems