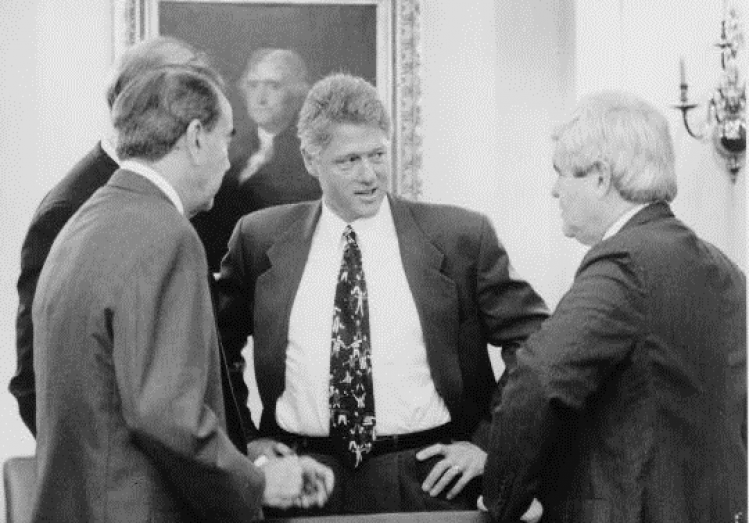 The Trump administration’s plan to redefine when an immigrant becomes a “public charge” is, like many historical clampdowns on immigration, not so much an economic tool as a political one.

Efforts to bar immigrants deemed likely to become a “public charge” are as old as federal immigration law itself, dating to 1882. It became the most common reason to bar entry, but even so, it was invoked against less than 1 percent of the overwhelmingly impoverished migrants arriving at U.S. borders. That was the case even in the years 1897 to 1902, when Terence Powderly, a former labor leader whose loathing for southern and eastern European immigrants is echoed in Donald Trump’s attitudes, served as the U.S. commissioner in charge of immigration enforcement.

The Trump administration is finalizing plans to redefine the standard for determining who is a “public charge” and, according to New York City officials, this could affect some 1 million people in that city alone. Currently, those receiving cash benefits such as Temporary Assistance for Needy Families are considered a “public charge.” The New York Times reports that this may be expanded to encompass food stamps, Medicaid, children’s health insurance, and the Women, Infants, and Children nutrition program. Those using such programs within the past three years could be denied a visa or permanent residency.

This effort, coming at a time of very low unemployment, continues a historical pattern in which anti-immigrant measures are advanced for election-year political advantage. As the historian Roger Daniels wrote in Guarding the Golden Door, the Immigration Act of 1924, which put an end to a century’s worth of massive migration, was exploited by Republicans to help elect Calvin Coolidge president in that same year.

More recently, Republican Governor Pete Wilson of California was re-elected in 1994 by embracing the popular Proposition 187, which barred undocumented immigrants from public education, kindergarten through university level, and denied them government-funded benefits such as non-emergency medical care. That included prenatal care.

Surges of nativism don’t necessarily accompany economic hard times—they can arise out of fears about demographic change, with the help of politicians willing to exploit those fears
sharetweet

The measure was ruled unconstitutional, but the short-term political advantage of inflaming voters with charges that immigrants were milking the public treasury was not lost on national Republicans. In the months before the 1996 election, House Speaker Newt Gingrich and Senate Majority Leader Bob Dole, the Republican presidential nominee, pushed for legislation that would let states bar undocumented-immigrant children from attending public schools. A month before Election Day, President Bill Clinton signed compromise legislation that excluded the public-school ban, but opened the way for much more punitive immigration enforcement.

Much as in the mid-1920s and the mid-1990s, America is in a period of prosperity. Surges of nativism don’t necessarily accompany economic hard times—they can arise out of fears about demographic change, with the help of politicians willing to exploit those fears. In his acclaimed 1955 book Strangers in the Land: Patterns of American Nativism, 1860-1925, the historian John Higham described the Jazz Age as the “Tribal Twenties,” which he used as an effective framework for understanding that intriguing decade.

Exploiting the new tribalism may be an effective short-term political strategy—utilized in different ways by the left as well as the right—but as politically impotent California Republicans have discovered, it can be a loser in the long term. Some Republicans stood against the tide and argued that Proposition 187 was the wrong way to go: George W. Bush, running for governor of Texas, opposed it.

But Trump—who hired undocumented Polish immigrant workers for demolition work preceding construction of Trump Tower; whose first and third wives were immigrants; whose Slovenian in-laws became U.S. citizens thanks to the family-based immigration program he decries—has grasped the opportunity this new tribalism offered, and is making a political career out of exploiting it.

Race to the Top?