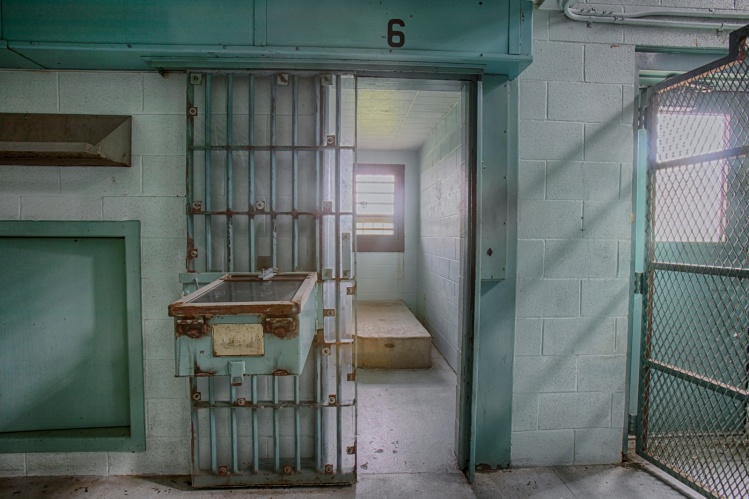 As Covid case numbers began declining this past spring, I resumed volunteering in a prison after almost two years away. Staff members and inmates told me about what had happened during my absence. Most of it was troubling. Hundreds of sick inmates had been quarantined; others were confined to their cells all day, receiving no recreation time, communal meals, or public educational activities. Worship opportunities sometimes disappeared. (I often worship at the prison, too.) I’ve been writing about solitary confinement for more than a decade, and I know how bad it can be. But that didn’t stop my spirit from sinking as inmates recounted the horrific results of this practice, changed but still widespread at our prison. Some prisoners, I learned, had resorted to acts of self-harm, including cutting.

Because of these experiences, I was eager to read Danielle S. Rudes, Shannon Magnuson, and Angela Hattery’s Surviving Solitary: Living and Working in Restricted Housing Units. Unlike other books on this topic, theirs relies on extensive research conducted at more than one prison. Also atypically, the authors devote considerable attention to the experiences of people who work in prisons. But the book’s strengths largely end there. Surviving Solitary not only fails to convey the uniquely pernicious character of modern solitary confinement; by disregarding ethical concerns, human dignity chief among them, it fails to grasp the moral urgency of abolishing solitary confinement.

Early on, Rudes and her coauthors clarify some significant vocabulary choices. Noting that corrections departments rarely use the term “solitary confinement,” they too replace it with “restricted housing unit” (RHU), since inmates can sometimes be paired in a single cell. But the difference is largely semantic: RHUs are specifically designed to isolate inmates for long periods of time, usually twenty-three hours per day. Instead of “inmate” or “prisoner,” Rudes and her coauthors adopt the term “resident,” maintaining that it displays respect to the incarcerated. But, as many who write about prisons have argued, such terms risk obscuring what actually happens inside. (I happen to agree with them.)

Nevertheless, the scale of the research here is impressive. Working with the permission of corrections officials, Rudes and her colleagues collected and analyzed data at six different prisons of varying security designations (medium and maximum). Using pseudonyms to avoid endangering their subjects, the authors include extensive quotations from staff members and inmates who reflect on topics such as risk, relationships, rules, reentry, reform, and reversal and revision. Their remarks reveal horrifying details about how RHUs operate. When inmates attempt to commit suicide by hanging, corrections officers first shower them with pepper spray before attempting to save their lives. Inmates who commit minor infractions (such as standing in the wrong place in their cells) can lose access to meals or showers. Such rules are often poorly communicated and enforced arbitrarily. Indeed, quotes from many prison staff reveal a startling ignorance of official prison policies.

Insightfully, Surviving Solitary illuminates how working in an RHU can damage corrections officers, too. Staff often suffer from strained family relationships, or struggle with substance abuse and mental illness. Perplexingly, most officers in this book eschew compassion for the inmates they supervise, holding them entirely responsible for their situation and therefore worthy of punishment. What helps explain this attitude is something Rudes and her colleagues call “masked malignancy.” It refers to the unintended consequences of RHUs, which often unfold gradually and unexpectedly. Sadly, those who suffer such malignancies often deny that any problem exists.

For all its careful research, “Surviving Solitary” misunderstands something fundamental about contemporary solitary confinement.
sharetweet

For all its careful research, Surviving Solitary misunderstands something fundamental about contemporary solitary confinement. Rudes and her coauthors liken it to the traditional prison “hole,” which has existed for centuries. But that obscures the fact that solitary confinement is a relatively recent phenomenon, one that emerged from late twentieth-century developments in American punishment. As criminologist Sharon Shalev points out in her important book Supermax: Controlling Risk through Solitary Confinement, the practice as we know it emerged in the early 1980s, made possible by advances in technology and a “tough on crime” political environment that sought harsh punishment for prisoners. Its use spread rapidly, with most states building and opening new supermax prisons, structures expressly designed to maximize isolation. Instead of critically contextualizing the historical expansion of solitary confinement, Rudes and her coauthors seem to simply take this state of affairs for granted.

Judging from the voices of inmates quoted in Surviving Solitary, they shouldn’t. In prisoners’ telling, RHUs are places of despair, where poor sanitation, severe mental illness, and acts of self-harm are common. Indifferent and hostile staff members treat inmates like animals. At one point, we learn about a man who has spent more than thirty years in isolation. As horrifying accounts pile up, we’re left wondering: Isn’t it obvious that solitary confinement is immoral? Shouldn’t we move to end it immediately? Rudes and her colleagues, concluding that prisons are unlikely to close RHUs, restrict themselves to proposing modest reforms, like making the food better, or inviting more university researchers to observe RHUs.

This is galling, to say the least. Rudes and her colleagues have frustratingly little to say about ethics, and even less about human rights, which appears nowhere throughout the book. It’s a strange omission, especially considering how much of the international debate over solitary confinement often appeals to human rights as a legal concept. The authors do occasionally refer to “human dignity,” but inexplicably, they never really say what it means and they fail to see how solitary confinement could damage it.

Instead, Rudes and her colleagues rely uncritically on controversial notions borrowed from psychology. Consider their explanation for the apathy, passivity, and lack of interest in the future that characterizes many prisoners held in isolation. The authors cite psychologist Martin Seligman’s infamous experiments about “learned helplessness.” What they don’t tell us is the fact that Seligman developed his ideas by shocking helpless dogs. Or take their proposals for reforming RHUs. They suggest prisons adopt “Contingency Management,” a program based on B. F. Skinner’s behaviorist theory of “operant conditioning.” It was Skinner who famously urged us to move “beyond freedom and dignity.” Do we really want to employ his theories in our penal practices?

Thankfully, we don’t have to. The pandemic may have temporarily halted the movement to end solitary confinement, but there are signs of progress. Already, many European countries refuse to employ solitary confinement as we do. Even here in the United States, we’ve made some progress toward eliminating it, too. New York State recently adopted the internationally recognized “Mandela Rules,” which preclude isolation beyond fifteen days. Rudes and her colleagues are aware of these developments, but ultimately reject the abolition of solitary confinement as a policy goal. For me (and I suspect for many readers), such a conclusion represents an unacceptable compromise with an immoral practice. Human dignity isn’t some abstract concept that can be waved away in favor of political expediency or the status quo; it’s an integral part of any serious discussion of ethics and prisons. How disappointing that the authors of Surviving Solitary don’t see it that way.

Derek S. Jeffreys is professor of humanities and religion at the University of Wisconsin, Green Bay. He is the author of Spirituality in Dark Places: The Ethics of Solitary Confinement (Palgrave Macmillan 2013). He is currently working on a book about human dignity and the American prison.