The End Is the Beginning 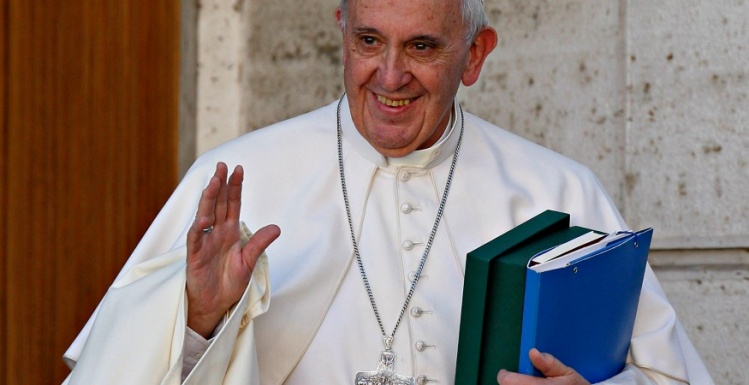 ROME—Put away the tea leaves. After three weeks of argument, intrigue, and, yes, prayer, the fourteenth Ordinary Synod of Bishops—comprising 270 clerics from around the world—has voted. Two-thirds of the synod fathers supported opening a path for divorced and civilly remarried Catholics to return to fuller participation in the life of the church—including liturgically. In some countries, the divorced and civilly remarried cannot serve as lectors, catechists, or godparents.

In conversation with a priest, according to the synod’s final summary text, a person can become “conscious of [his or her] situation before God”—through the “internal forum.” This process, according to the text, may help a person discern what “prevents the possibility of fuller participation in the life of the church,” and to figure out what can be done to “make it [the participation] grow.” (In 1991, then-Cardinal Joseph Ratzinger ruled out the internal forum as a pathway for the divorced and civilly remarried to return to Communion.)

The text does not specify whether this could result in a return to the Communion line. But, importantly, neither does it foreclose the possibility—something many synod fathers wanted to rule out. For weeks, those synod fathers had been arguing for a final relatio that closed the door on Communion for the divorced and remarried. They didn't win the day. The synod—which is a consultative body, not a deliberative one—could have sent Pope Francis a document that simply reaffirmed the current practice of barring the civilly remarried from the Eucharist. It didn’t. That’s important.

The paragraph in which this proposal appeared won a two-thirds majority by just two votes—a squeaker, to be sure. But keep in mind that in the final relatio of the 2014 synod, the paragraphs on the most controversial issues (including homosexuality and the divorced and remarried), did not even get to two-thirds, and they merely suggested further study or restated church teaching.

By the middle of this week, as the Ordinary Synod on the Family began to wind down, a few important smoke signals began emerging from the Holy See Press Office. During one press briefing this week, Cardinal Oswald Gracias of Bombay, among those responsible for drafting the synod’s final summary document, seemed to suggest that the “internal forum” path would not end up in the final relatio. It did. (It came as some surprise when Gracias cited famed moral theologian Bernard Haring while discussing the matter.) When Cardinal Reinhard Marx appeared at another briefing, he summarized the German-language group’s recommendation, which is more or less what made it into the final relatio—without stating outright that such a discernment process could bring the person back to the Eucharist.

On another controversial issue, how the church thinks and speaks about gay people, the final relatio punted. Indeed, it seems that the issue did not receive all that much discussion over the course of the three-week meeting. When Belgian Bishop Johan Bonny tried raising the issue in his small group, as he explained during a press briefing last night, he encountered resistance. There was “no way of discussing it in a peaceful way,” he said. (Bonny’s small group was led by Cardinal Robert Sarah of Guinea, who used one of his interventions to compare the threat of same-sex marriage to that of ISIS.) It would be better to leave the homosexuality issue for further study than to treat it cursorily in the final document, Bonny said. Yet the final relation seemed to do just that. What it says about gay people amounts to a restatement of what appears in the catechism: They are our part of our family too, and they deserve love and respect. The relatio reaffirmed church teaching against same-sex marriage, and said there was no basis for comparring it to heterosexual marriage.

The ninety-four-paragraph final relatio, as the text is known, is submitted to Pope Francis, who may issue a document on the family, as requested by the final relatio. That could be an apostolic exhortation. Or a motu proprio. Or an encyclical. Or not. It’s entirely up to him. Being the pope.

Francis closed out the synod with a barnburner of a speech, in which he described what the synod was—and was not. It was not about “settling all the issues” related to the family, he said. Or about “falling into a facile repetition of what is obvious or has already been said.”

It was about being “not afraid to stir dulled consciences.” It was about opening hearts that “frequently hid even behind the church’s teachings…in order to sit in the chair of Moses and judge.”

It was about “rising above conspiracy theories…to transmit the beautify of Christian Newness, at times encrusted in a language which is archaic or simply incomprehensible.”

It was a synod that saw the free expression of “different opinions”—“at times, unfortunately, not in entirely well-meaning ways.” It helped the church to learn that “what seems normal for one bishop on one continent is considered strange and almost scandalous for a bishop from another.”

The synod helped the church realize that “true defenders of doctrine are not those who uphold its letter, but its spirit, not ideas but people, not formulae but the gratuitousness of God’s love and forgiveness.” It’s about mercy. About overcoming the “recurring temptations of the elder brother and the jealous laborers.” Commandments were made for us, not vice versa, Francis said.

For the church to conclude the synod, Pope Francis said, bringing his address to a close, “means to return to our true ‘journeying together’ in bringing to every part of the world, to every diocese, to every community and every situation, the light of the Gospel, the embrace of the church, and the support of God’s mercy.”

In other words, this listening synod, if it is to be true to the stirring vision of the pope who established it, can never truly come to an end. It is only the beginning.

Update: I'm about to hop a plane back to Gotham, so that will do it for me from Rome. In the meantime, however, have a look at other, more comprehensive coverage of the synod's conclusion: David Gibson's, Joshua McElwee's, Thomas Reese's, John Thavis's, Christopher Lamb's, Elena Curti's, and please add any other links in the comment thread. See you on the other side.