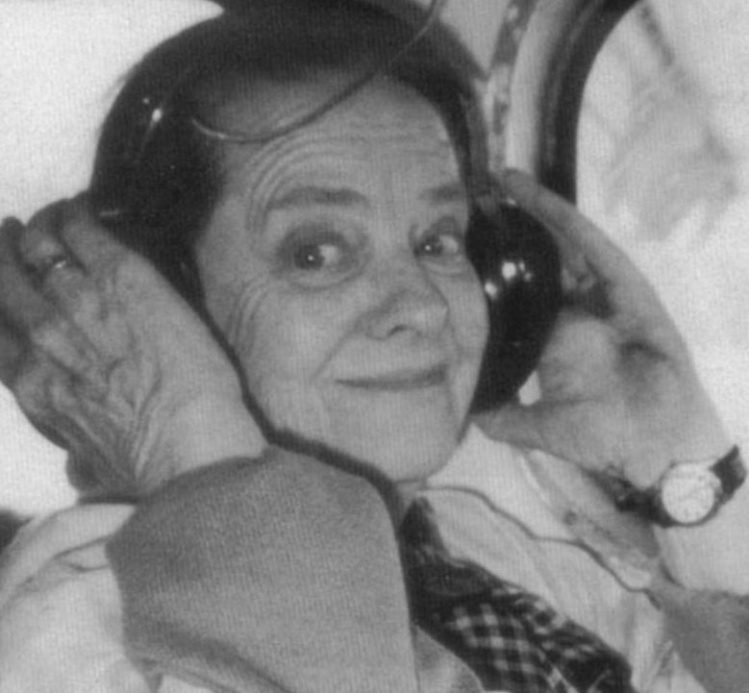 Marie Ponsot aboard a seaplane over Vancouver, 1999 (Rosemary Deen)

We mourn the death of our friend and colleague, the poet Marie Ponsot, who died at ninety-eight on Friday, July 5. Writing copiously but not publishing for almost twenty-five years at the busiest time of her life—for she had married a French painter, Claude Ponsot, and had seven children—Marie ended with seven books of poetry and most of the awards American poets seek, including the Poetry Society of America Shelley Award, the Frost Medal for lifetime achievement, and the Ruth Lilly Award.

Starting as a part-time teacher in the English Department of Queens College, Marie retired professor emerita. She taught graduate poetry workshops at Columbia, NYU, the New School, and the 92nd Street Y. She was a chancellor of the Academy of American Poets. She read the many entries for awards for PSA—read all she was sent, not just those by a favorite or student.

Aside from prominent honors, obscure but crucial work. She was for twenty-four years a member of the PEN Prison Writing Committee. She wrote the PEN Handbook for Writers in Prison, read the poetry entries, and tirelessly fundraised. (She was also briefly one of this magazine’s poetry editors.)

Enchantment is not easily controlled, and there was a good share of suffering in her life.
sharetweet

Her teaching was as remarkable as her poetry. Margaret Shirk, a former student, remarked, “Those who only know Marie as poet miss the significance of her life at Queens College, where she gave a whole legion of not poets, not people ambitious as writers, rather people needing to know how to write and succeed at it, the skills to write expository prose, the work of knowing and knowledge.” These were students who couldn’t pass a minimum-competency writing exam, students no one else wanted to teach. These she taught, using her knowledge and love of languages and literature, by giving them a body of work that everyone could do and no one could do wrong. In the pleasure and ease of incremental repetition, writing became the habit of art.

Marie was endowed with genius and its astonishing sweep, swiftness, and power. I once overheard a student call her a sorceress. Melodramatic, but telling. She was enchanting. We were all in love with her, and it was true love. She empowered us: thanks to her, we were more of the best of ourselves than we ever imagined we could be.

Marie once said in an interview, “Power over others is more than any human can bear or carry out.” She knew that truth. She devoted her life time to discovering and developing ways of giving others power over themselves. She called it teaching. Or she called it friendship. Or mothering. Or poetry in its ease, plenty, and joy.

Enchantment is not easily controlled, and there was a good share of suffering in her life. Some desolation. That tempers. And if you learn juggling or write a sonnet every day, you may be able to throw things out, gain grace, or at least fellow-feeling.

Rosemary Deen is the poetry editor of Commonweal and the author of Naming the Light: A Week of Years.