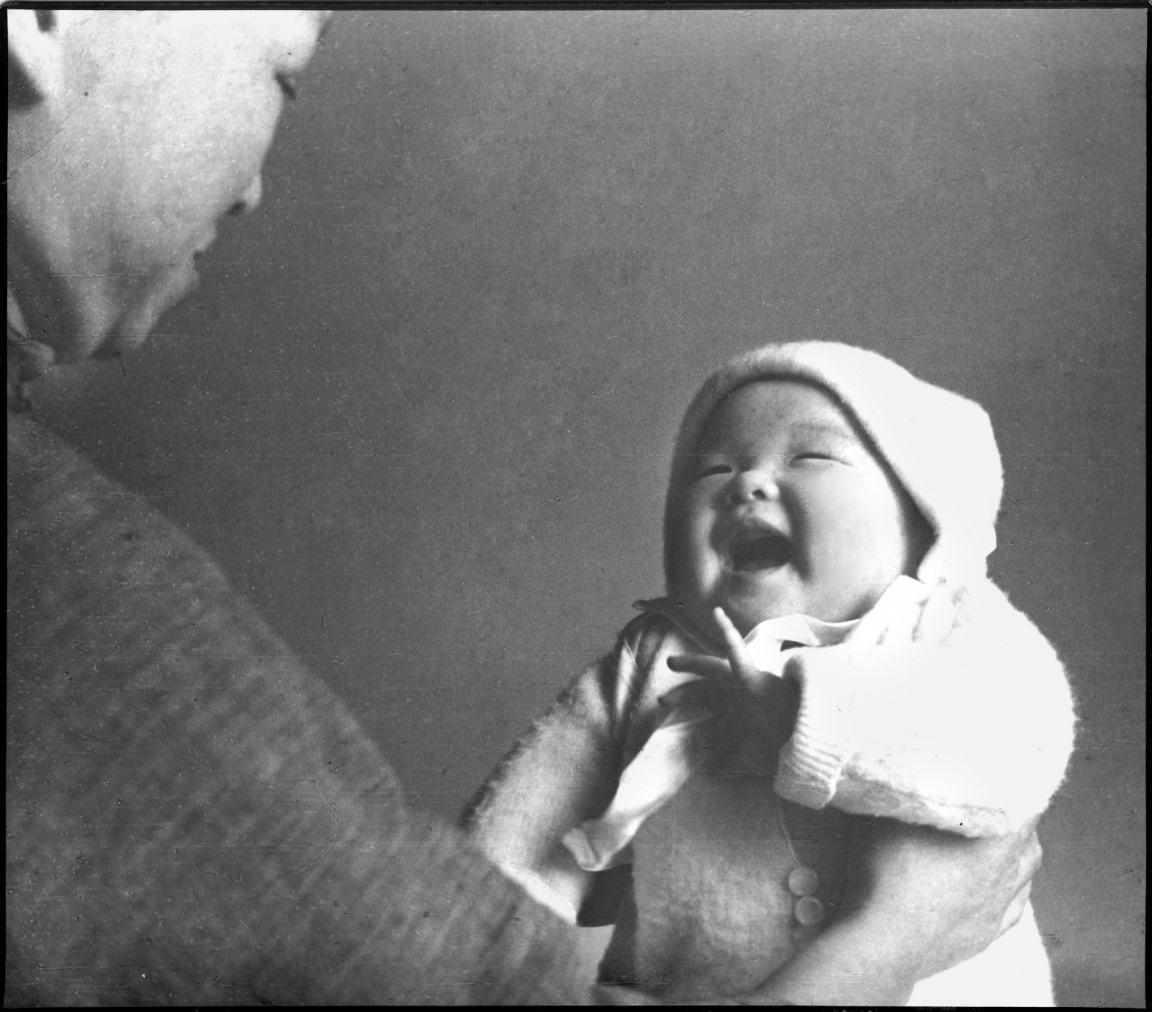 When my grandfather was young, he found five photographs in an abandoned album, swaddled in dusty clothes in an old trunk. The album had been purged of most of its contents before an unknown person hid it away. He quickly realized that the amateur photographer was none other than his father, whom he barely knew. 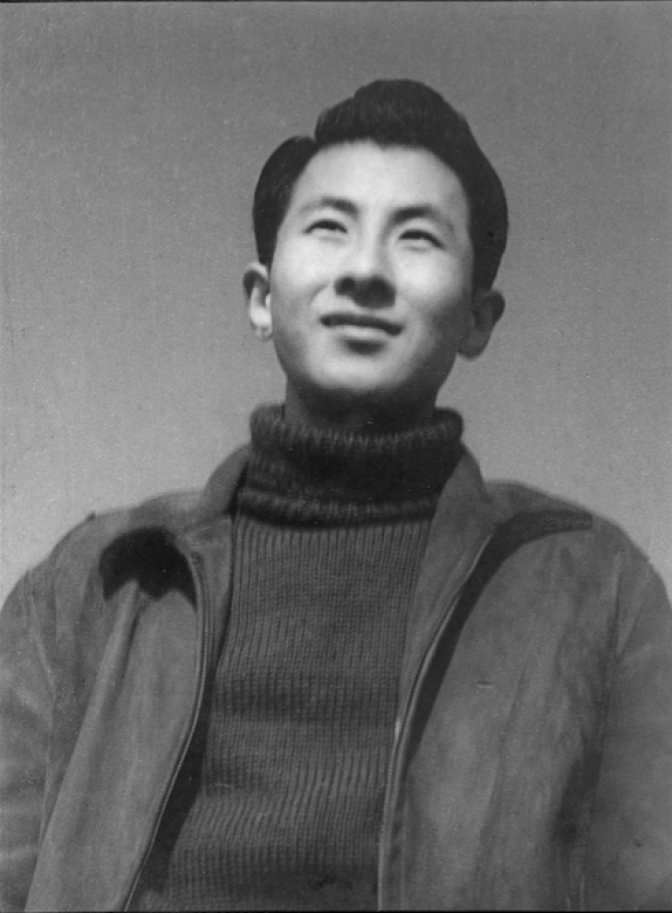 In July 1939, when my grandfather was a toddler and his younger brother an infant, their parents left Shanghai for the United States, oddly, for a brief stint at the University of Michigan. The prosperous and privileged young couple did not foresee that they would not be able to return to China for over thirty years. In the decades that followed, communication and travel between Mainland China and the rest of the world was severely inhibited, as China was rocked by its Civil War (1927–50), the Second Sino-Japanese War (1937–45), the Korean War (1950–53), and the Cultural Revolution (1966–76). My paternal relatives, wealthy bankers and socialites, found themselves on the wrong side of history. They fell under at least two of the “Five Black Categories” Mao identified as enemies of the Revolution, including landlords, rich farmers, counter-revolutionaries, “bad elements,” and rightists. My great-grandparents, having unwittingly escaped the persecution, settled in America, and had three more children.

But their two oldest sons, including my grandfather, remained in China, cursed by their exiled family’s status, the humiliated heirs of a bourgeois family. Despite enlisting in the Red Army to fight in the Korean War at the age of fourteen and, when he married, naming his children (my aunt and father) “Red” and “Guard,” he was suspected of being a rightist and denied the opportunity to go to college.

In one of the photos, a wetnurse holds a baby (likely my grandfather); another depicts rows of glistening clay fermentation pots; another is of an unidentified young man dressed in Western clothing. In the fourth photo, a steamship spewing black smoke approaches the photographer. But my favorite of the images, taken from the elevated vantage point of an industrial ferry, is of a flat-bottomed wooden watercraft. Three men in startlingly white shirts appear on the porch-like overhang of the sampan. Two crouch. They look as if they might be shucking shrimp or preparing to carry something heavy. The third man stands with his head bowed, grasping a long push pole. He plumbs the depth of the Huang-pu riverbed. 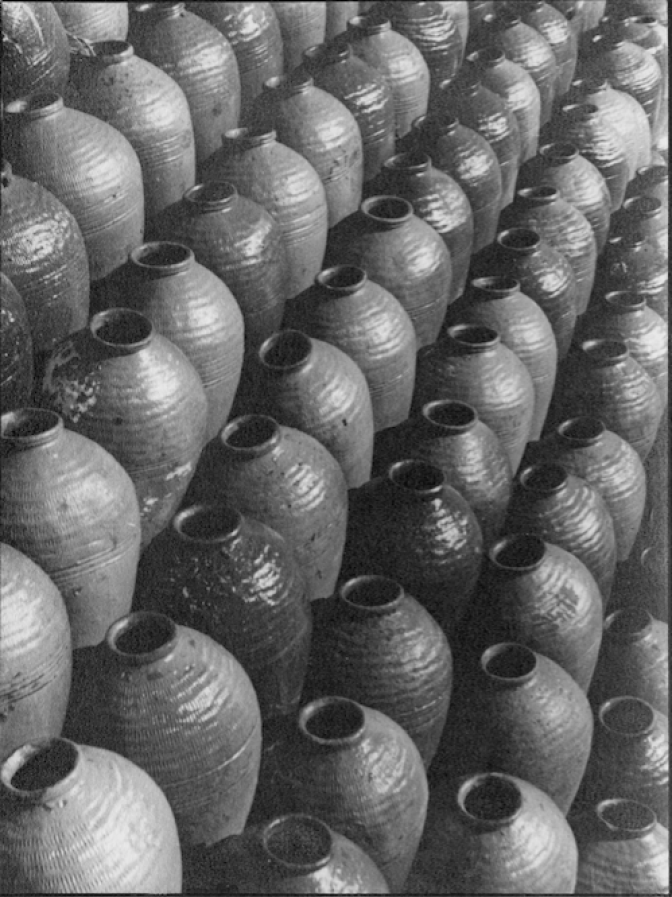 Rectangular blanks in the book bear witness to other photographs torn out and burned by the Red Guard during a phase of the Cultural Revolution known as the eradication of the “Four Olds”––old customs, old culture, old habits, and old ideas. In a devastating effort to purge China of its pre-communist cultural heritage, names were changed, architecture destroyed, paintings torn apart, and books burned. Among all of these erasures, someone pulled my great-grandfather’s album off a shelf and systematically chose the majority of the photographs it contained to be burned. I guess that the young person who did it (most of the Red Guard were enthusiastic youth) looked with an eye trained to detect any sign of a family’s glory. Gone are photographs, perhaps, of the property, banquets, ornamented wives and children. Curiously, the youth spared five: perhaps because she grew distracted and moved on to destroy the portraits of ancestors, or perhaps because she deemed the images inconsequential enough to leave.

The five recovered photographs left such an impression on my grandfather that after discovering them, he became an amateur photographer. Lifting the camera to his eye, he mimicked his father, the two united in posture, though separated by time.

When travel restrictions were loosened in the early 1980s, my grandfather and his father were finally able to meet. It was a moment of anticlimax. My great-grandfather, a jocular, imperfect man, said of his son, in an overheard comment after they were reunited: “I don’t know him.” 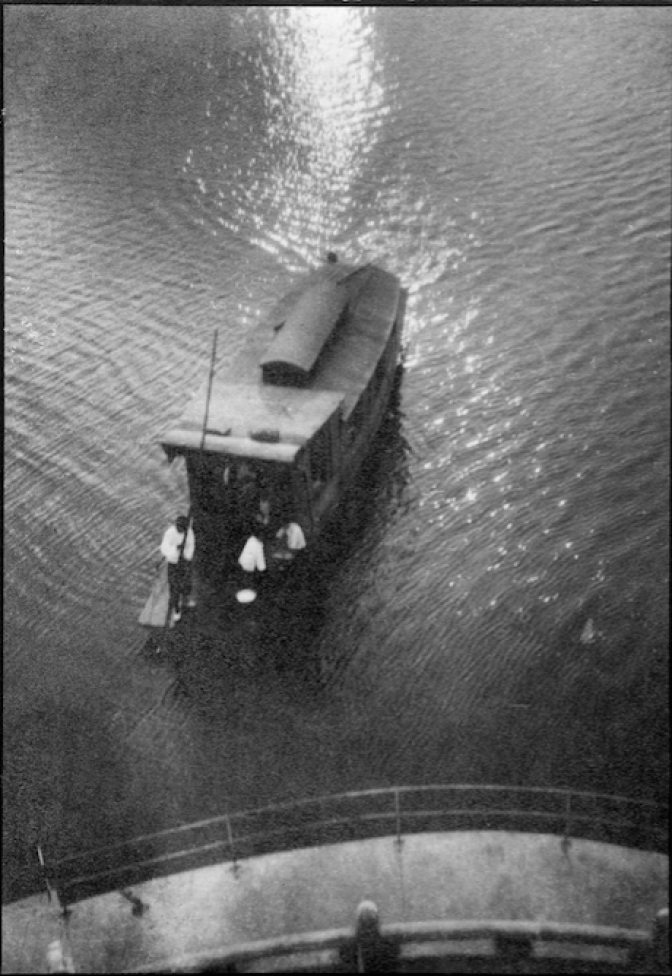 In the photograph of the sampan, an unseen sun casts sparkles on rippling waves. The ripples become like cobblestones. The photograph is the setting for a miracle. But where was the miracle for my grandfather? His father was not, of course, the omniscient God, but a gentle disappointment. There were no resolutions. The photographs were not, in spite of appearances, encrypted messages intended for a son’s searching eyes. They were random.

Yet my grandfather revered those photographs, preserving them, sending me a copy last year. His father had not hidden these pictures away for him to find. They meant nothing. Still, the album was his treasure.

The Red Guard was offended by artifacts that bespoke “the eternal destiny of Man… transmitted from generation to generation,” as Simone Weil puts it. These were ravenous people, desirous of control. On the contrary, Weil writes in her notebooks: “We want to eat all the other objects of desire. The beautiful is that which we desire without wishing to eat it. We desire that it should be.” That was how Ye-ye treated these photographs. He never demanded anything more from them than that they exist. They were items left without intention or tradition, instead blessed by chance. I keep thinking that my grandfather, knowing they were precious, and importantly, keeping this conviction even after meeting his father, somehow passed a test. He was meant to curse, but instead all he did was praise.

The small boat, fulfilling an unknown task, makes a difference in the sea’s wrinkles. The random encounter between the long, narrow little boat and the barge creates a scene. The sampan was so close, and yet it was already taking its leave, departing, disappearing. 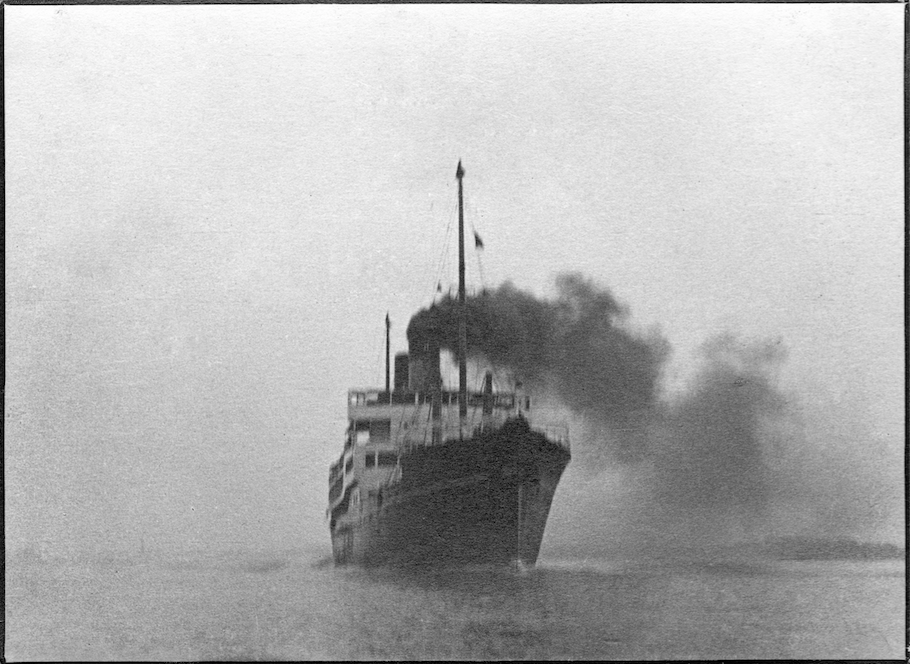 Emily King is an intern at Commonweal.