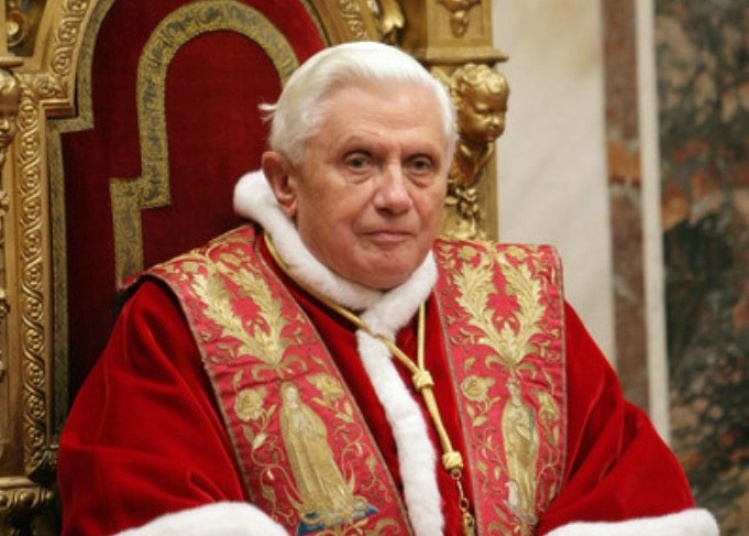 Catholic social teaching, whether promulgated by Ambrose of Milan in the fourth century or Benedict XVI in the twenty-first, has always been contextual. The themes emphasized, although consistent in their fundamental doctrinal commitments, have shifted depending on the problems Christians faced. Papal encyclicals written after the fall of the Soviet Union, for example, moved away from an even-handed critique of both capitalism and socialism to a closer focus on the strengths and weaknesses of the prevailing market system.

Pope Benedict's new encyclical, Caritas in veritate, is no exception. It breaks some new ground while honoring venerable commitments. Whereas John Paul II cast Centesimus annus (1991) as a reflection on Rerum novarum, widely regarded as the first social encyclical, Caritas in veritate is a celebration of Populorum progressio, Pope Paul VI's controversial 1967 encyclical. This reaffirmation of Populorum progressio will be hard for some Catholics, especially those of a neoconservative persuasion, to swallow. Populorum progressio has routinely been disparaged in some quarters for its alleged leftist excess.

Despite Benedict's articulation of the church's traditional concern for economic fairness and justice, Caritas in veritate does not hesitate to recognize the advantages of market economies. Benedict states clearly the foundational moral claim of markets, namely the importance of personal responsibility. In the market system, “each person is the principal agent of his own success or failure,” Benedict writes. “Authentically human relationships of friendship, solidarity, and reciprocity can also be conducted within economic activity, and not only outside of it or ‘after' it,” he adds. At the same time, the pope insists that the market need not be “the place where the strong subdue the weak.” It is wrong to believe “the market economy has an inbuilt need for a quota of poverty and underdevelopment in order to function at its best.”

Importantly, Benedict identifies civic engagement as “the institutional path—we might also call it the political path—of charity, no less excellent and effective than the kind of charity which encounters the neighbor directly.” The encyclical thus acknowledges the modern Catholic commitment to restructuring our political, economic, and social institutions to better serve the common good.

The economic discussion in the encyclical is quite good, better even than Centesimus annus. For example, Benedict not only welcomes lower costs and lower prices as the result of international trade, he also understands how the purchasing power of consumers increases when prices decline. This is indeed the primary advantage that economists attribute to freer trade; people become wealthier simply because some of the things they buy are cheaper and they have more money to buy other things. Without naming it as such, Benedict here points to what economists call the “income effect” of a drop in prices.

Not surprisingly, Benedict also recognizes the market's failures, noting that if not properly structured and animated by virtuous individuals, the modern economic system can lead to grave injustices. Because of its effects on nearly all aspects of our lives, and because “it must draw its moral energies” from sources outside itself, economic activity is not self-justifying. Profit cannot be the sole measure of an economic enterprise's value. Market outcomes must be balanced by distributive and social justice. In keeping with longstanding papal teaching, Benedict criticizes governments that limit “the freedom or the negotiating capacity of labor unions,” a particularly worrisome development in the United States over the past forty years. He speaks positively of the redistribution of income and calls for some sort of political “authority” to oversee the new globalized economy.

Caritas in veritate makes some distinctive contributions to the church's social teaching. First is the encyclical's comprehensive integration of all life issues, an effort to link concerns about procreation, biomedical developments, social justice, and threats to the environment. Second, and far more concrete, is Benedict's enthusiastic endorsement of what might be called hybrid economic organizations: firms that are neither simply profit-making nor nonprofit but a combination of the two. In these enterprises, a certain percentage of the profits is devoted to projects aimed at the common good. Here Benedict includes firms that dedicate their profits to a foundation that spends them in the public interest, along the lines of the Bremer Bank, a Minnesota institution. The South Shore Bank in Chicago, whose reason for existence is the economic redevelopment of properties in what was once a severely blighted part of the city, is another example of this economic model. “Fair-trade merchants,” who use their profits to improve the lives of their low-income suppliers in the developing world, is yet another.

The third novelty is Benedict's urging us to pay careful attention to the “grammar” of nature, which “sets forth ends and criteria for its wise use, not its reckless exploitation.” To my knowledge this analogy has not been employed in any previous papal encyclical. It is clearly an attempt to cast the natural-law tradition in a manner more accessible to contemporary ears. Just as language has a grammar that must be learned if you wish to speak well, so does nature have a kind of internal logic or structure from which one can discover principles for proper action. This gives the church's traditional natural-law approach a somewhat more dynamic character. Natural-law talk about human nature or the nature of something like a tree or a rock can sound too static in a post-Darwinian world. In contrast, Benedict's grammar analogy acknowledges that languages develop over time, even though in fundamental continuity with the past.

The fourth novelty in the encyclical is its explicit acknowledgment that there are “competing anthropological visions” at stake in discussions of economic life. This is a helpful step forward for the church and counteracts a kind of implicit Catholic exceptionalism that has characterized many earlier encyclicals. In the past, we were often told that others had wrongheaded “ideologies” while the church had the truth. Our tradition, we were assured, is not only based on insights from revelation (which it is) but is also different in kind (which it isn't) from competing intellectual frameworks such as liberalism or pragmatism. Here, Benedict acknowledges that the contemporary church is often competing against other philosophical traditions for the hearts and minds of its own people. This echoes the Catholic philosopher Charles Taylor's description of what is distinctive about our “secular age,” namely that everyone, including people of faith, understands that religious faith is but one option among many other ways of understanding the nature of humankind and the world we inhabit.

The encyclical also reminds us, once again, that Benedict is first and foremost a systematic theologian. In that regard, it may be a bit frustrating for readers to see how frequently the document moves directly from principles based on doctrines about the Trinity, Christology, or even Christian anthropology, to moral conclusions. These conclusions are unobjectionable, but they lack the flexibility to address the range of issues needing attention. For example, the discussion of the “gift” character of all human life based in God's Trinitarian self-giving leads Benedict to say far more about those hybrid firms that dedicate their profits to the common good (a tiny proportion of all firms) than about the vast majority of profit-driven businesses. Yet most people will continue to work in the for-profit sector, and will continue to look for moral direction from the church. Similarly, Benedict provides no extended treatment of distributive and social justice, thus giving readers little help in adjudicating conflicts between the demands of liberty and equality. Nor is there much mention of the rights and duties of property ownership, something that formed the backbone of John Paul's analysis of the economy in Centesimus annus.

Another problem is the encyclical's failure to grapple with competing Catholic visions of what makes for a just economy. Many neoconservative Catholics, for example, have praised those sections and themes supporting their robust view of “free” markets while ignoring or disputing the encyclical's more communitarian implications. Neoconservative commentator George Weigel went so far as to charge that the Pontifical Council for Justice and Peace (which traditionally assists in the drafting of social encyclicals) has a leftist agenda not shared by the pope, arguing that Caritas in veritate “seems to be a hybrid, blending the pope's own insightful thinking on the social order with elements of the Justice and Peace approach to Catholic social doctrine.” Weigel claimed that those in the know “could easily go through the text...highlighting those passages that are obviously Benedictine with a gold marker and those that reflect current Justice and Peace default positions with a red marker.”

According to Weigel, Benedict included what he really doesn't endorse “in order to maintain the peace within his curial household.” Making an author who relies on others for research assistance subject to every reader's self-serving selectivity is an argument that is both insulting to the pope and intellectually untenable. Each encyclical, like the whole tradition of Catholic social teaching, should be understood as a complex, multi-faceted whole. The temptation to cite as authoritative only the parts of an encyclical with which we agree must be resisted. The problems we face are too serious and the Catholic tradition too fruitful to allow the pope's encyclical to be hijacked for narrow political purposes.

More on 'Caritas in veritate': Eugene McCarraher, "Not Bold Enough"
The Editors, "In Defense of Politics"
J. Peter Nixon, "When Bigger Is Better"