The Dirt in the FBI’s Unsealed Documents 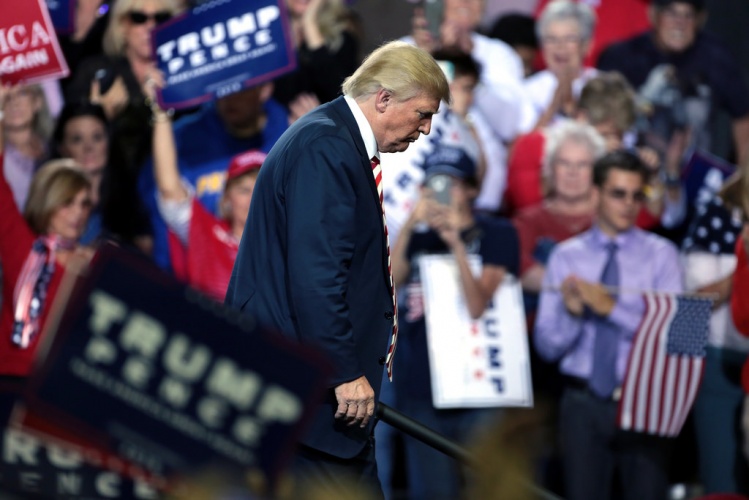 “Collusion” is the word used time and again to allege a conspiracy between Donald Trump’s presidential campaign and the Russian government. But in court documents unsealed Monday in the case against former Trump campaign advisor George Papadopoulos, a federal investigator used a less ominous word: “coordination.”

Whatever one calls it, the documents show that there was in fact a secret link between the Trump campaign and “individuals and intermediaries associated with the Russian government,” a phrase FBI Agent Robert M. Gibbs used in an affidavit filed at U.S. District Court in Washington, D.C., on July 28. On October 5, Papadopoulos admitted making false statements to FBI agents to conceal those links.

The documents, which were unsealed on Monday, waft the scent of Cold War intrigue as they describe how Papadopoulos made contact with a London-based “Professor” and an unnamed Russian woman. The Professor told Papadopoulos that the Russians had “dirt” on Hillary Clinton in the form of “thousands of emails.” When the FBI confronted him with this—it’s not clear how the agents knew but it’s an interesting question—Papadopoulos falsely claimed that he wasn’t connected to the campaign at the time the Professor offered his assistance.

Was the Professor representing the Russian government? Agent Gibbs addressed this in the affidavit he swore in July:

I submit that the conduct of GEORGE PAPADOPOULOS, the defendant, as described herein, had a negative impact on the FBI’s ongoing investigation into the existence of any links or coordination between individuals associated with the Campaign and the Russian government in connection with Russia’s efforts to interfere with the 2016 presidential election by, among other things, concealing links to individuals and intermediaries associated with the Russian government.

Papadopoulos’s plea establishes that were was a secret link between the Trump campaign and the Russian government and its go-betweens. The question now is who knew about it, and whether the connection was established with the intent of violating the law.

The court documents allege that Papadopoulos kept in touch with a “Campaign Supervisor,” who emailed “Great work”; several unnamed members of the campaign’s foreign policy team; a Senior Policy Advisor; the official in Russia’s Ministry of Foreign Affairs; and a High Ranking Campaign Official. He told them of his connection to the Professor.

What’s not clear in the documents is how much these higher-ups knew about the professor’s offer of “dirt” from Clinton’s emails. That’s because Papadopoulos was also trying to broker a public meeting between Trump and Vladimir Putin, which would need the approval of top campaign officials (and presumably, Trump himself). Presidential candidates do sometimes meet with foreign leaders; there wouldn’t be anything criminal about that.

Through the spring and summer of 2016, Papadopoulos was in steady contact with campaign officials about the Russians. During this period, Trump declared at a July 27, 2016 campaign rally, “Russia, if you’re listening, I hope you’re able to find the 30,000 emails that are missing. I think you probably will be rewarded mightily by our press.”

There is a tantalizing hint about the nature of Papadopoulos’s communication with the campaign team in a footnote in the document outlining Papadapolous’s plea. He had sent an email to a high-ranking campaign official with the subject line “Request from Russia to meet Mr. Trump.” It states:

The government notes that the official forwarded defendant PAPADOPOULOS’S email to another Campaign official (without including defendant PAPADOPOULOS) and stated: Let[‘]s discuss. We need someone to communicate that DT is not doing these trips. It should be someone low level in the campaign so as not to send any signal.”

Any signal to whom?

By arranging to unseal these documents on the same day he arrested Paul Manafort, Trump’s former campaign chairman, special counsel Robert Mueller III is sending a signal of his own. Trump tweeted at 7:28 a.m. on Monday that “there is NO COLLUSION!” 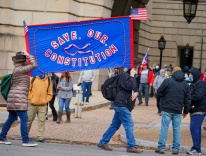