The Tax Cut Debate Is a Waste 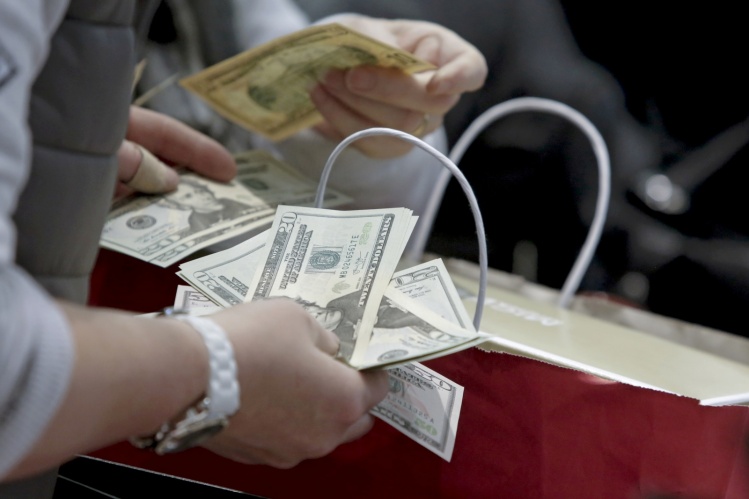 It is a victory for Republicans that the political conversation—when it’s not being hijacked by President Trump’s assorted outbursts and outrages—is focused on tax cuts. No matter how critical the coverage gets, the sheer amount of attention risks sending a message that taxes are the most important issue confronting the country.

This is entirely wrong, and it’s essential to challenge the whole premise of the debate. The U.S. does not need tax cuts now. Reducing government revenues at this moment will do far more harm than good. Conservatives are proving definitively that they don’t care in the least about deficits. And their claims that tax cuts will unleash some sort of economic miracle have been proved false again and again and again.

But there is an even bigger objection: The opportunity costs of this obsession are enormous because it keeps us from grappling with the problems we really do need to solve.

Ever since Trump’s election, discussion of the vast divides in our nation between prosperous regions and those battered by economic change have filled our newspapers, websites and airwaves. There is simply no way that shoveling out $2.6 trillion in business tax cuts in a largely undifferentiated fashion does anything to help places that are ailing.

On the contrary, this farrago of corporate goodies—along with the absurd repeal of the estate tax and various other benefits showered on the well-off—would only aggravate existing inequalities. And by depleting the government’s coffers, it would make it much harder to finance public initiatives in education, job training and other spheres to promote mobility for Americans who are lagging behind.

This, by the way, is why ending the deductibility of state and local taxes is an especially bad idea. This provision punishes states with more progressive tax structures that ask their best-off citizens to ease the difficulties of their less fortunate neighbors. Shifting the incentives against states willing to spend money to remedy social ills is the not-so-hidden agenda of the anti-tax obsessives who support killing this deduction. They are trying to disable government at all levels by making it harder for states to call on their most affluent citizens to pay a little more of the common load.

All who care about saving liberal democracy should support a reformed market system that responds to the discontents of those now left out.
sharetweet

There will be many other parts of this proposal to criticize, but that is not enough. It’s even more important to show how much damage this tax cut would do both to programs we already have and initiatives we need. Democrats are already noting that the Republican budget pays for the tax cuts with, among other things, a $1 trillion reduction to Medicaid and nearly half that amount from Medicare. If Republicans can’t get their act together to destroy Obamacare, they will simply starve the health system, particularly for low-income Americans.

The tax cut shoves aside other priorities as well. Regional inequities are now so pervasive throughout the West that The Economist magazine—as friendly to lightly regulated capitalism as any publication—devoted its cover and a special report last week to steps we need to take to reduce the gap between rich and poor locales. “Opportunities are limited for those stuck in the wrong place,” the magazine wrote, “and the wider economy suffers.” All who care about saving liberal democracy should support a reformed market system that responds to the discontents of those now left out.

Meanwhile, as Dylan Matthews reported on Vox, Sens. Michael Bennet, D-Colo., and Sherrod Brown, D-Ohio, have introduced a bill that would dramatically expand the child tax credit to $3,600 a year per child for those aged zero to five, and $3,000 a year for those six to eighteen. To direct the most assistance to the poor and the less affluent parts of the middle class, the credit begins gradually to phase out for incomes of single parents at $75,000 a year and married couples at $110,000.

The plan, Matthews writes, would cut child poverty in the U.S. almost in half, from 16.1 percent to 8.9 percent. The cost: roughly $1 trillion over a decade, as against the $1.5 trillion Republicans claim will be the net price of their tax cuts after they are done shuffling the tax code around.

Which is the better expenditure?

That is the question that must be pressed relentlessly across a broad range of concerns. Just because the only thing Republicans know how to do is cut taxes doesn’t mean the rest of us have to pretend that this exercise makes any sense at all.