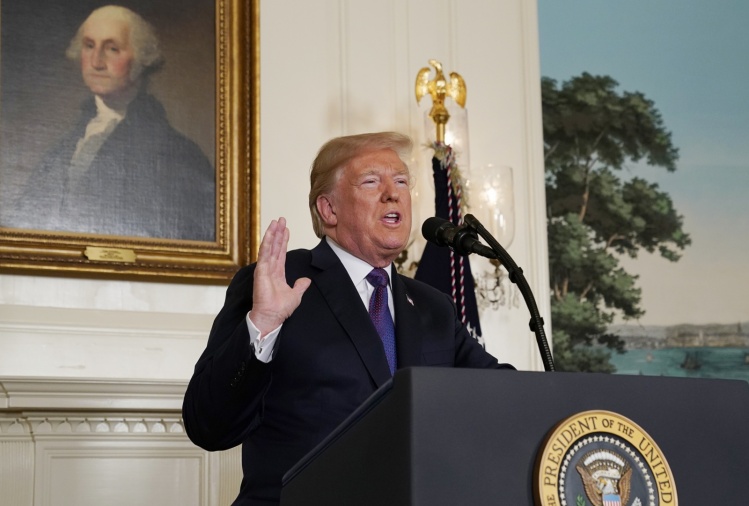 If President Trump’s survival tactics depend upon dividing the country into warring camps, does this mean his opponents have an interest in bringing the country together around shared purposes?

If the answer is “yes,” then those seeking to replace Trumpism with something better have to discover ways of engaging with voters whose choices in the last election differed from their own. Is there still a place in our politics for dialogue, persuasion and conversion?

There is a case that these are naive questions. The most important political fight this year is about flipping control of at least one house of Congress from the Republicans to the Democrats, and in lower-turnout mid-term elections, the emphasis is more on getting your core supporters to the polls than on altering anyone’s thinking.

Standing firm, rallying the faithful and putting persuasion on hold seems a far more effective way to stop the GOP from holding its majorities and continuing to enable a corrupt and dangerous president.

A “reach out to your adversaries” approach also seems soft and squishy in a confrontation involving a president who violates every rule, tells every lie and stoops as low as necessary to maintain his hold on power. And Trump’s weaponization of veiled and overt racism and nativism can raise understandable suspicions, especially among African-Americans and Latinos, that outreach to Trump voters risks compromising with bigotry.

But even taking all of these objections into account, there are still tough-minded as well as moral reasons for combining unrelenting opposition to patent abuses with efforts to reunite the country.

The most practical consideration is that key Senate races and at least some competitive House contests are being fought in Trump territory. In states such as West Virginia, Indiana, North Dakota, Tennessee, and Missouri, losing the votes of all who voted for Trump in 2016 is not an option for Democrats who want to win.

Being slightly Trumpist is hardly inspiring and won’t transform the country over the long run.
sharetweet

Candidates in these places can try to run as Trump-Lite. Or they can move the conversation forward by paying attention to those Trump voters who are disillusioned or uneasy because their legitimate concerns are not being addressed by Republicans in power, including the president.

Being slightly Trumpist is hardly inspiring and won’t transform the country over the long run. Dealing with discontents that Trump has exploited but not alleviated is more promising.

His foes need to notice exit-poll lessons that a significant share of his 2016 backers were not at all enthusiastic about Trump himself, or his views. Calculations based on the exit poll suggest that roughly one Trump voter in six saw both Trump and Hillary Clinton in an unfavorable light. These were primarily anti-Clinton voters, and while many of us disagree passionately with the “lesser evil” judgment they made, there is little point in refighting the past.

A strategy of outreach would also illuminate what punditry’s focus on the abstract categories of “left,” “right” and “center” obscures: On a long list of issues related to economic justice and government’s role fostering a more decent society, substantial majorities take broadly progressive positions.

For example, by a margin of 69 percent to 28 percent, according to a New York Times/Survey Monkey poll last month, Americans said they would favor increasing teachers’ salaries even if it meant raising taxes. Among usually anti-tax Republicans, 56 percent agreed. The education issue is one reason Democrats have been gaining ground in some deeply red states such as Oklahoma.

A Pew Research survey last year found 60 percent saying that the federal government was responsible for ensuring health care for all Americans; only 39 percent disagreed. No wonder so many Democrats are running on the health care issue.

In a variety of surveys, the percentages supporting background checks for gun purchases have ranged from the low 80s to the high 90s. And a March Gallup survey found that 62 percent of Americans saw government as doing “too little” to protect the environment, up from 47 percent in 2013.

Cathleen Kaveny, a Boston College theologian and law professor, argued recently in Commonweal magazine that we improve our chances of arriving at common moral ground if we don’t always assume the very worst about those who disagree with us.

On the basis of the evidence, I find it extremely difficult to assume anything except the worst about Trump and his enablers. But we are fighting the president precisely because we believe in a government that answers to the aspirations of the vast majority. Creating that majority requires winning new allies by respecting those whose minds we seek to change.