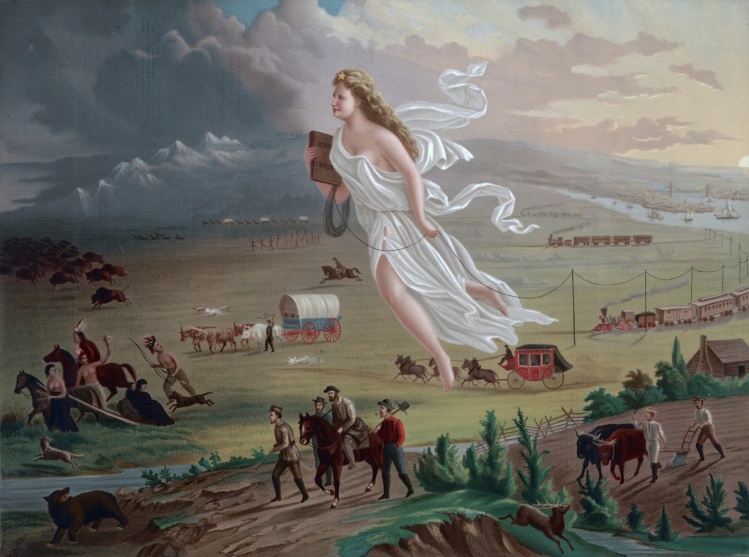 Since ancient times, storytellers have used journeys—quests, pilgrimages, expeditions—as a way of ordering experience. And while there is nothing uniquely American about these travel narratives, the genre has a special appeal to a nation founded by voyagers from across the sea and shaped by the westward movement of explorers, adventurers, and settlers. After all, the greatest American novel is about a trip down the Mississippi, while the best book ever written about America is based on a young Frenchman’s travels in the 1830s.

Journeys have always been an important part of Robert Kaplan’s life and work. Most of his seventeen books have been shaped by his travels, especially in Eastern Europe and the Middle East, but also in Asia and the United States. Earning the Rockies is his most personal and didactic book. Like many travel books, Earning the Rockies describes three different journeys. First, there is the author’s month-long drive in the spring of 2015 from his home in Stockbridge, Massachusetts, to San Diego, California, which provides the narrative structure for the book’s first four chapters. Second, there is his journey back in time, to the past of the places he visits and to his own boyhood travels with his family, which gives the book its understated but pervasive elegiac tone. And finally, there is Kaplan’s interior journey that inspires his reflections on a variety of subjects, most but not all of them related to the landscape through which he moves.

Kaplan seems to have traveled alone: there is no Jim to his Huck Finn, no Beaumont to his Tocqueville. Instead, his most important traveling companions are other authors, especially three whose work he uses to illuminate both his own journey and the lessons it suggests. First and most important is Bernard DeVoto’s trilogy, The Year of Decision: 1846 (1942), Across the Wide Missouri (1947), and The Course of Empire (1952). Second is Walter Prescott Webb’s magisterial study, The Great Plains (1931). And finally, there are Wallace Stegner’s two classics, Beyond the Hundredth Meridian: John Wesley Powell and the Second Opening of the West (1954) and The Gathering of Zion: The Story of the Mormon Trail (1964). Kaplan quotes at length from these books, deftly deploying their insights to explain his own experiences.

Unlike many travel narratives, Kaplan’s itinerary is not punctuated by memorable encounters with people along the way. Kaplan’s goal is reflection, not observation; he seeks silence, not conversation. He does not engage with the natives. This is a journey of recovery rather than discovery, a journey in which the author seeks to reestablish his connections to the landscape, to revisit his favorite books, to refresh his commitment to understanding his nation’s place in the world. The distinctly American landscape through which Kaplan moves retains its natural grandeur, the vastness of its plains and deserts, richness of its soil, the majestic scale of its great mountains. But there is also the inescapable intrusion of what he calls “the nightmare of uniformity” expressed again and again in the motels and rest stops that line every highway. Between the roadway and the scenery is all too often a verge of weeds and litter that suggests a society unable or unwilling to protect its natural splendor.

Earning the Rockies is, among other things, an introduction to Trump’s America.
sharetweet

As he traveled westward in the spring of 2015, Kaplan clearly saw the contours of the two Americas that would, a few months later, shape the presidential campaign. On the two coasts as well as in islands of economic vitality scattered in between, he found those who benefited from a globally connected system, prosperous, cosmopolitan communities that were linked to one another and to the wider world by a dense network of communications without parallel in human history. Elsewhere, however, Kaplan encountered Americans for whom globalization is not a promise but a threat, economically, culturally, and morally. These people, he writes, “feel their way of life is being endangered and fear being economically left behind in this new world of slim people on low-carb diets with stylish clothes: a world where both skin tone and sexual orientation are not singular but multiple, and celebrated for that.” In places like Wheeling, West Virginia, with its boarded up shops and declining industries, Kaplan observed those wellsprings of anger and anxiety that Donald Trump would tap with such success. Like J. D. Vance’s Hillbilly Elegy and Arlie Hochschild’s Strangers in Their Own Land, Earning the Rockies is, among other things, an introduction to Trump’s America.

On page 129, Kaplan reaches his final destination, the Naval Base in San Diego. Here he pauses to contemplate the awesome power on display: “miles of more than fifty gray-hulled steel behemoths of war, each surface ship and submarine costing billions of dollars, line up, as if in formation, in their gargantuan piers.” At this point, the travel narrative falls away and a very different book appears. Parts of this final chapter rehearse Kaplan’s arguments about the importance of geography that he has made more fully and convincingly in his earlier works, especially The Revenge of Geography, published in 2012. More important, Kaplan mounts a passionate defense of the role that American power has played in the world. “These gray-hulls defend a liberal maritime order, something that is the greatest single good any nation provides the world in the early twenty-first century, something that none of America’s detractors can credibly deny or take away—no matter our periodic blunders. We cannot willingly fade way—not without a successor on the horizon that roughly approximates our own values.” Even readers who sympathize with Kaplan’s insistence on the value and importance of America’s global commitments may find he overestimates the benign effects of American power and understates the cost it has often imposed on others.

As his book’s subtitle suggests, Kaplan’s travel narrative and his advocacy of America’s global responsibilities are linked by his belief in the determining power of geography. Leading the world, fulfilling its obligations as the indispensable nation, patrolling the world’s two great oceans, imposing order and stability—all this was made not only possible but necessary by American geography, the vast continent through which Kaplan traveled. “America was a continent of such dimensions that to lead was not a choice, but a fate.”

Kaplan is, I think, no more than half right. Geography is not destiny. Nature is a realm of possibility not necessity; it presents and often limits the range of opportunities, but it does not impose the choices that people must make. There is no doubt that America’s extraordinary natural advantages, which Kaplan describes in such convincing detail, provided the resources necessary to sustain America’s global ambitions. But for most of the nation’s history, these same advantages led some Americans to conclude that they did not need or want to accept the role that Kaplan thinks is rightfully and inevitably theirs. Secure on their vast continent, these Americans believed that they were powerful enough to live in isolation, husbanding their resources rather than expending them on a recalcitrant, often ungrateful world. America is not, as Kaplan argues, “fated to lead.” America is fated to debate whether global leadership is necessary, desirable, or even possible. Since 1945, during the period in which both Kaplan and this reviewer came of age, the advocates of global leadership have dominated this debate. Now, as we stumble through the first days of the Trump presidency, there is reason to believe that the great debate about the nation’s role in the world is entering a new stage. It is much too soon to predict the outcome, but I am less confident than Robert Kaplan seems to be that geography ensures that the globalists will prevail.