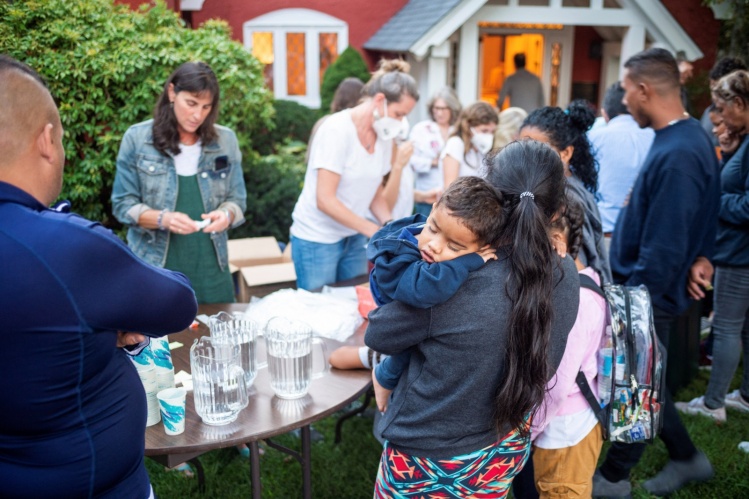 Nearly seven million Venezuelans, a fifth of the country’s population, have been displaced by the political turmoil in their country, many of them making the dangerous journey through Central America to the southern border of the United States. On Wednesday, September 14, dozens of these migrants, along with others from Central and South America, were flown from San Antonio, Texas, through Florida, to the island of Martha’s Vineyard, Massachusetts, their travel orchestrated by Florida Gov. Ron DeSantis. The migrants were promised shelter, jobs, and aid when they accepted the plane tickets—a promise DeSantis was in no position to make, much less keep: he hadn’t coordinated with anyone in Massachusetts about what would actually happen to the migrants once they landed. Luring migrants with fraudulent claims was certainly immoral, possibly illegal—a criminal investigation into the matter has been opened by the San Antonio sheriff—and astronomically expensive, costing Florida taxpayers more than twelve thousand dollars per migrant.

This is just the latest in a series of political stunts. For months, Republican governors in border states like Texas and Arizona have been sending busloads of migrants to liberal cities like Washington D.C., New York City, and Chicago on a daily basis. More than ten thousand immigrants have been dropped off at sanctuary cities since April. DeSantis and Texas Gov. Greg Abbott, who recently sent two buses of migrants to Vice President Kamala Harris’s D.C. residence, are using migrants to highlight their frustration with the Biden administration: they say they want states that support more generous immigration policies to share more of the burden of caring for migrants—but they also hope to “own the libs” by sowing chaos and revealing hypocrisy in liberal states, generating publicity and voter enthusiasm. Both men are running for reelection in November.

The communities where migrants have been sent have done their best to accommodate them. In Martha’s Vineyard, residents donated supplies and opened a local Episcopal church as a temporary shelter. In Chicago, organizations like the National Immigrant Justice Center are providing legal aid. In New York City and Washington D.C., Democratic mayors have declared states of emergency to unlock funds to build more short-term housing. But these are not border cities. They do not have the infrastructure to manage this influx, and they are calling on the federal government to provide aid.

The long-term fate of these migrants remains unclear. Under Title 42, the Biden administration has automatically denied entry to hundreds of thousands of migrants at the border, regardless of the legitimacy of their asylum claims. The order does not apply to Venezuelans, since Mexico will not currently accept them. But unlike migrants from other countries, migrants from Venezuela often lack an established network in the United States. For some migrants, a subsidized trip to a major city is valuable, especially if they already have connections to people there. And asylum claims are much more likely to be awarded in New York City (where 70 percent are approved) than in, say, Houston (where 88 percent are denied). But a coordinated effort to transport migrants to places where they actually want to go would require Republican politicians to respect the agency of these people. Instead, the politicians are treating them as pawns in a game for the entertainment of their base. Each one of the men, women, and children on all these planes and buses deserves shelter, care, and, above all, respect—not false promises and a calculated disregard for their suffering.