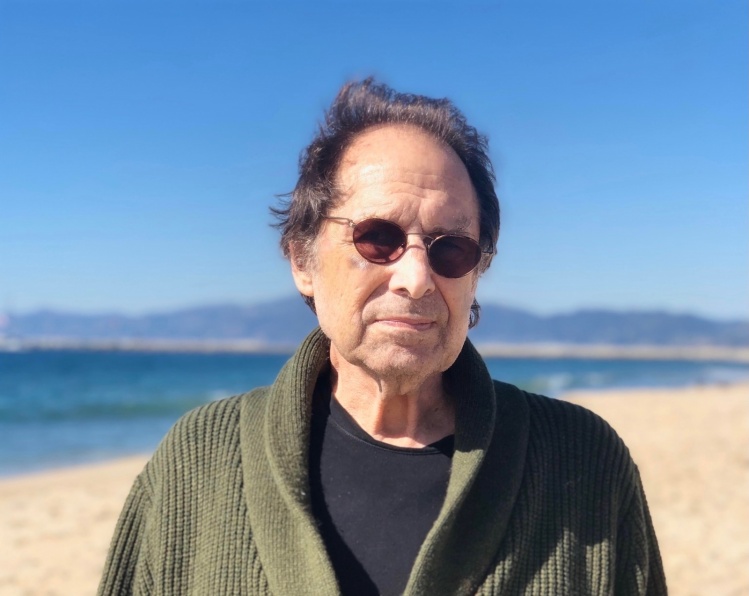 David Milch, the creator of the television series NYPD Blue and Deadwood, is fabled among the entertainment set for how his first TV script won an Emmy. But that episode—Hill Street Blues’s “Trial by Fury”—also won a Humanitas Prize. Established by the Paulist priest Ellwood Kieser, the award is meant to “honor and empower film and television writers whose work explores the human condition in a nuanced and meaningful way.” In his new book, Life’s Work: a Memoir, Milch reports how, by then a long-time drug and gambling addict, he took the $15,000 cash prize to the track and bought a racehorse with it. Hill Street Blues would win the prize again the next year, and Milch told Fr. Kieser from the podium that he intended to spend that prize money on yet another horse. Life’s Work repeatedly invokes a line penned by Milch’s teacher and mentor, Robert Penn Warren: “The filth of self, to be loved, must be clad in glory.” Milch’s recollections evince how, often as not, it works the other way around. Sometimes the glory of being one’s self, to still be loathed, must be clad again and again in filth.

Life’s Work is not short on gloriously filthy selves. Milch’s father, Elmer, came from a prominent but mobbed-up Jewish family in Buffalo, New York. He paired a successful daytime career in surgery with a nighttime vocation for gambling, inebriation, and adultery. An acid dealer in a cape and tophat named Floyd appears briefly. Featured too is Eddie, the toothless prostitute who, after delivering Milch his methadone at Yale, would set up shop in Sterling Memorial Library to “read the gay poets in the original” Latin and Greek. There’s also David’s childhood best friend, Judgy, a person who “sustained a compelling innocence” while at the same time “was a mess down to the ground…a hope-to-die alcoholic.”

Judgy’s death, drunk in a car accident, inspired Milch’s first real shot at writing, a novel about the aftermath he doesn’t report having ever finished. Writing would come to earn Milch his millions, even as in time his compulsions would part him from them (as detailed in a 2016 Hollywood Reporter story about his prodigious tax and gambling debts). Life’s Work portrays his mentorship from Warren and some other big literary names as the more valuable compensation. Lillian Hellmann toted him to parties. R.W.B. Lewis fabricated positive course reviews. These teachers accommodated Milch’s “self-division” enough to initiate him into the life of the mind. “They sufficiently respected the effort I was making to behave honorably, generate the work I was to do, never showing up obviously loaded, that the subject wasn’t exposed.” Milch would soak in American literature during this time, achieving special familiarity with the James family, William in particular. Presaging his later career, with Lewis he even pitched a TV show about the subject to PBS.

Sometimes the glory of being one’s self, to still be loathed, must be clad again and again in filth.
sharetweet

Immediately after their meeting with PBS, David learned of his father’s death and its circumstances, bleak even for a suicide. Life’s Work never presents any reliable deliverance from life’s degradations and doublenesses. It’s glory and filth, side-by-side throughout. But there are times when things seem to spin and rattle harmoniously. “The mistake, which is one that I make a lot,” Milch writes, “is not to spend enough time appreciating how lucky you are.” Luck here is the gambler’s idiom, but there’s a place too for providence in Life’s Work. Milch invokes God throughout but denies having any explicit concept. Rather, he posits a narrative voice and prays every day before he writes. He contemplates that we humans might be in the universe as a cat is in a library.

Milch found entrée into writing for television through the narrow (and perhaps unscrupulous) passage of a Writers Guild strike. He took his Hollywood pay in duffle bags of cash, the better to gamble with overnight in Las Vegas. Partnership with one of Hill Street’s executive producers, Steven Bochco, culminated in the subsequent decade with NYPD Blue, a show that broke ground for broadcast television. Milch’s writing reached up to meet cable’s grittier aspects within an envelope opened by Bochco’s acumen for handling network executives. Even with certain squeamish affiliates refusing to air early episodes, the show did argument-settling numbers.

Toward the end of his run there, Milch found sobriety from drug addiction. Around the same time, as Life’s Work details, there was a storyline built around the death of Detective Bobby Simone (Jimmy Smits). This arc plausibly ushered Smits out of the production, exhausted by Milch’s tendency to improvise plot and dialogue on set. But the fictional tale of Simone’s sickness and death also gave Milch occasion to reconcile with and draw upon the experiences of his brother, Robert, who co-founded Hospice Buffalo in 1978, believed to be the eleventh such organization in the United States. Robert died in the summer of 2021 and Milch dedicates Life’s Work to him.

Milch contemplates that we humans might be in the universe as a cat is in a library.
sharetweet

The last episode of that arc, “Hearts and Souls,” won another Humanitas prize. Again at the podium, Milch intended to affront Fr. Kieser, but confessed instead to having resented him, especially for how he looked like “he knew something about me that I didn’t know about myself.” But now, Milch said, relieved of certain obsessions, he thanked God he had lived long enough “to understand that that darkness in which I believe I must move, and in which my characters must live, is in fact cast by God’s sheltering hand.”

Milch would visit Fr. Kieser on his deathbed soon after. Kieser exhorted Milch to explore the life of his order’s namesake, saying over and over again, “you must write about Paul. You must write about Paul.” Despite being himself bar mitzvah’d, Milch set out in earnest to do so. In the apostle, Milch found someone who through his zeal to be part of things was willing to do violence, but was miraculously relieved of that avenue by Christ’s intervention. But the early Church never, in Milch’s reading, managed to fully integrate Paul absent a certain ambivalence. Even converted, he remained on the outside. In Milch’s imagination, though, Paul could withdraw definitively from his violent past by instead maintaining an epistolary correspondence with those who had likewise found a new organizing principle for life in Christ crucified and raised from the dead. In brief, Milch saw in Paul a glorious spirit who, by becoming a writer, was also saved in some measure from continuing to outfit himself in filth.

Milch’s pitch for a show about St. Paul and the ancient imperial police, this time to HBO, would be preempted by their period drama, Rome. And so he reworked the themes into a show that became, by his own accounting, his most successful creative enterprise—the violent, obscenity-drenched re-imagining of the American western, Deadwood. Deadwood was a hit with critics and won a devoted audience, running three seasons before being abruptly canceled. Milch was unable to recover that success before Alzheimer’s disease began to attack his faculties. “I’m on a boat sailing to some island where I don’t know anybody,” Life’s Work begins, “a boat someone is operating but we aren’t in touch.”

As one might imagine, the degeneration of memory and thought hangs an asterisk on a memoir. It is a book finished within the walls of a memory-care facility in southern California, completed with the help of his wife and daughters. The precise boundaries between veracity and what’s just a good yarn are inevitably something of a mystery to Milch and the reader alike. “The very idea of not knowing as an organizing principle is to be accepted with a proper humility,” Milch writes in the prologue, “and reverence for the mystery is itself the organization of the story.” But it is quite a story.

Jonathan Heaps, PhD, is a fellow with The Lonergan Institute at Boston College and lives in Austin, Texas.