Cruelty at the Border 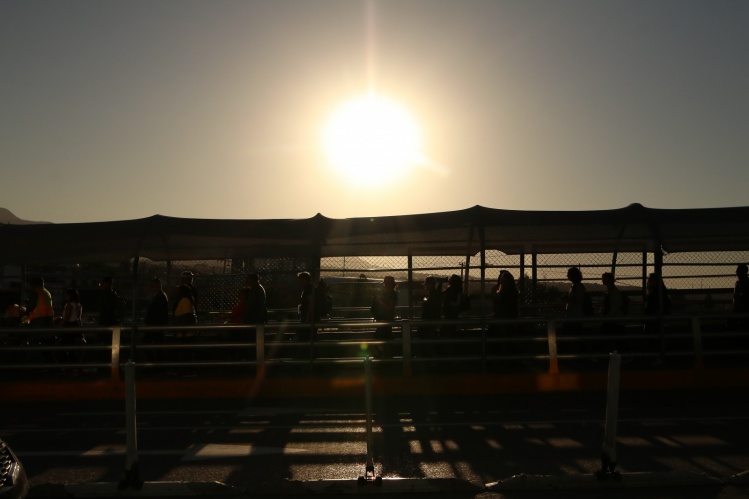 The first time I saw it was from the window of a bus. The rusted steel wall cuts into the side of a mountain before descending into a valley, where it winds along the course of the Rio Grande between El Paso and Ciudad Juárez. It’s one of the most militarized sites along the U.S.-Mexico border, where the Department of Homeland Security, under orders from the Trump administration, is refusing to admit refugees and asylum-seekers from Mexico and Central America. The result is that thousands of migrants are now camping along the bases of Juárez’s three international bridges, enduring squalid conditions as they wait to hear back from U.S. Customs and Border Protection.

Speaking before a group of about 325 activists, academics, journalists, students, and members of religious communities from more than seventy organizations, Msgr. Arturo Bañuelas, of the Diocese of El Paso, bluntly denounced President Trump’s border wall as “a monument to white supremacy.” Not only is the wall absolutely unnecessary for border security (there’s been a fence there for decades); it’s also a colossal waste of taxpayer money. As Hope Border Institute’s Dylan Corbett has pointed out, the millions of dollars already spent by the federal government on a small portion of replacement fencing in New Mexico would be enough to double the annual salary of every Guatemalan coffee farmer, improving their standard of living and avoiding forced migration.

But in the face of recent legal victories by its opponents—including El Paso County itself—the administration has doubled down on its “Remain in Mexico” and “metering” policies, twin anti-immigrant strategies that have effectively halted the entry of all asylum-seekers along the southern border.

I witnessed such cruelty firsthand as I crossed over the Santa Fe Bridge from El Paso to Juárez in a nonviolent, binational border action organized by the Latinx Catholic Leadership Coalition, the Coalition for Spiritual and Public Leadership, and Hope Border Institute. About half of the 325 demonstrators remained in El Paso to perform a “Jericho Walk,” recalling the story from the Book of Joshua in which God reduces Jericho’s walls to rubble. The rest walked into Juárez with rosaries, flowers, and holy water, visiting with migrants and then returning to bless the bridge, reclaiming it as both a symbol of fellowship and a centuries-old path of migration. A smaller delegation, which I joined, stayed behind in the migrant camps. There we met a group of Mexican families from the increasingly violent southern states of Oaxaca and Michoacán.

Organized in advance by other migrants and Catholic legal-aid workers, with bags packed and documents in hand, the families were prepared to cross into the United States to request immediate asylum. Our role was to simply accompany them in order to make sure their request was processed as the law requires it to be. After a tense standoff lasting about thirty minutes, it was. Amid a haze of razor wire, concrete barricades, and armored vehicles, armed CBP agents finally allowed all fifteen migrants to cross. It was a moment of relief, even hope. But the migrants we accompanied that day are still confined to a cold jail cell at the border, and they have only about a 30 percent chance of securing permanent asylum.

One activist I met calls the U.S. passport a tapete mágico, or “magic carpet,” because it grants its possessor the freedom to float back and forth across the border in peace. Since my time in El Paso, I’ve come to see my own passport in a different way: it’s not just a document that exempts me from the trauma suffered by migrants, but also one that implicates me in my government’s racist cruelty.