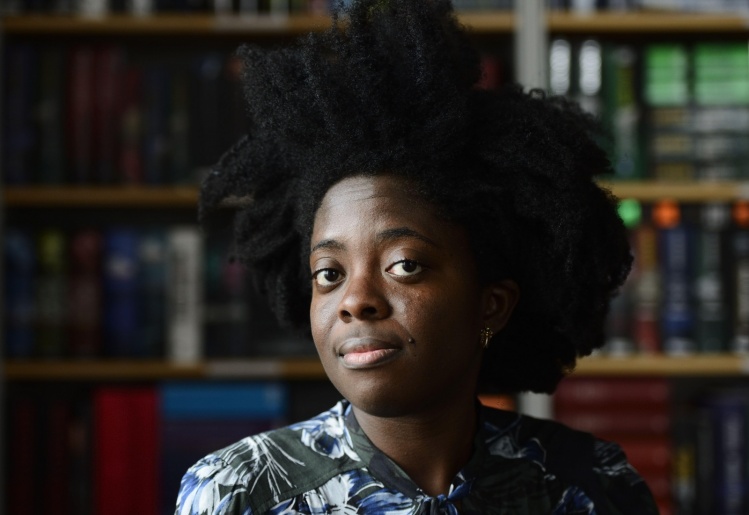 Some readers will be tempted to pigeonhole Yaa Gyasi’s Transcendent Kingdom as an “immigrant novel.” A quick scan of the reviews shows that several critics focused on the theme of “science and religion.” But what’s impressive about Gyasi’s second book is that it's both a story of migration and a novel of ideas. Understanding the story requires both modes.

Gifty, the novel’s protagonist, is the daughter of working-class Ghanaian immigrants who are believing Christians. She grows up in America, and becomes a successful neuroscientist and, eventually, an agnostic. The novel concerns Gifty’s attempt to make sense of her conflicted life while she cares for her mother, who suffers from clinical depression. At the beginning of the story, Gifty is a sixth-year PhD candidate at the Stanford University School of Medicine, studying “the neural circuits of reward-seeking behavior.” She hopes her research will one day help those who suffer from addiction. The inspiration behind her career is her brother Nana, who died from an OxyContin overdose while Gifty was still a child:

Nana is the reason I began this work.… Science was a way for me to challenge myself, to do something truly hard, and in so doing to work through all my misunderstandings about his addiction and all of my shame. Because I still have so much shame.… I can look at my data again and again. I can look at scan after scan of drug addicted brains shot through with holes, Swiss-cheese, atrophied, irreparable. I can watch the blue light flash through the brain of a mouse and note the behavioral changes that take place because of it, and know how many years of difficult, arduous science went into those tiny changes, and still, still think, Why didn’t Nana stop? Why didn’t he get better for us? For me?

This passage exposes how the clash between science and faith has split Gifty in two. On the surface, it gives us Gifty the scientist, committed to reason and empirical evidence. When this Gifty asks, “Why didn’t Nana stop?”, she looks for an answer in the physiology of the brain. But the pathos here points to another Gifty, a baptized Christian. This Gifty asks “Why?” in a different way, the existential “why” of the Book of Job. Why must we suffer? Gifty seeks an answer to both versions of this question, though at times she despairs of finding an answer to the existential one. (“I wasn’t interested in mystery, I wanted reason.”)

Gifty’s love of science was nurtured in American public schools. Her Christianity comes from Ghana, where her parents and brother were born. “By the time I wanted to hear the complete story of why my parents immigrated to America, it was no longer a story my mother wanted to tell.” Her origins create another psychological rift: Gifty has one foot in the United States, where she doesn’t always feel completely at home, and one foot in Ghana, where she had never been until she was a teenager. Her parents settled in Huntsville, Alabama, where her father (nicknamed “the Chin Chin Man”) works various low-wage jobs, and her mother works as a caretaker for the elderly. In their adopted country, Gifty’s parents endure petty humiliations from store clerks, racist insults from employers, and more subtle bigotries from fellow Christians.

“We were the only black people at the First Assemblies of God Church; my mother didn’t know any better. She thought the God of America must be the same God of Ghana, that the Jehovah of the white church could not possibly be different from the one of the black church.” Nobody alerted Gifty’s family about what Martin Luther King, Jr. once called “the most segregated hour in America,” the racial split within the American Church. Even long after segregation, there is still an unholy distance between Gifty’s family and that of the rest of the majority-white congregation. Gifty never feels like a full member of the Church. But she can never fully shake her childhood faith, even if she doesn’t quite believe in it anymore.

Gifty is obsessed with what it means to be a human being, and is ambivalent over whether science has the final say on the matter.
sharetweet

The novel of ideas emerges whenever Gifty grapples with the philosophical question of the essence of human life in a way that goes beyond the science-versus-religion debate. These passages are among the most poetic and moving in the novel. Gifty is obsessed with what it means to be a human being, and is ambivalent over whether science has the final say on the matter. A biology teacher once told her that the human is the only animal who believes “he has transcended his kingdom.” Gifty seems tempted to believe that he has. Describing her early life, she says, “I had traded the Pentecostalism of my childhood for this new religion,” that is, neuroscience. But later, thinking about Nana, she rebels against her new religion: “What I can say for certain is that there is no case study in the world that could capture the whole animal of my brother, that could show how smart and kind and generous he was, how much he wanted to get better, how much he wanted to live.” The question becomes ever more pressing once Gifty’s mother arrives in Stanford. She represents a crossroads between a theological and a scientific view of the person: a suffering soul who needs both God and modern medicine to survive. Now, she can no longer take care of herself, and depends on Gifty for everything. She spends most of her time in bed, turned away, facing the wall. “What do you say to a woman’s back, your mother’s back?” Gifty wonders.

The migration story takes over whenever it becomes evident that, for Gifty, the question of science and religion is forever linked with how she relates to her roots. Yet America—the land of science, technology, and progress—has an edge on her roots, not only because Gifty chooses to make her life there (she never considers moving back to Ghana), but rather because she is gifted and ambitious. Despite the prejudices she undoubtedly encounters in it, Gifty fits right in within a certain America—the affluent, cutthroat, meritocratic America of universities and research labs and grant money. She sounds like a true believer, like someone who has fully embraced this world: “I wanted a profile in The New Yorker, invitations to speak at conferences, and money.” The passages describing Gifty’s career trajectory often come off as rote or unconvincing.

I want money and a house with a pool and a partner who loves me and my own lab filled with only the most brilliant and strong women. I want a dog and a Nobel Prize and to find a cure to addiction and depression and everything else that ails us. I want everything and I want to want less.

Transcendent Kingdom is good at analyzing ideas about science and religion. It is less good at analyzing the tradeoffs that come with adopting meritocratic America as one’s homeland. It therefore fails to grasp the key question that haunts this book: whether it is possible to be a genuine religious believer in a modern, technological culture, such as the America that Gifty has embraced. Ambition is good, and Gifty’s are mostly laudable goals. Moreover, with the phrase “I want to want less,” she hints at self-awareness: maybe obsession with money and fame is not as admirable as the desire to become a great scientist. But is this world truly hospitable to someone with Gifty’s background and roots? Is there a moral or spiritual cost of entry? Can the pursuit of real faith and hope survive in a milieu obsessed with awards and status? A novel that is so nuanced about tough topics like religion, science, depression, and addiction seems, on balance, to be excessively enthusiastic about the more dubious promises of the Millennial rat race.

This enthusiasm is jarring when compared with those voices that deliver an outsider’s critique of the West. When Nana and Gifty say that they don’t believe in ghosts, their mother “chided us for becoming too American, by which she meant we didn’t believe in anything.” The Chin Chin Man says that “in my country, people may not have money, but they have happiness in abundance…. No one in America is enjoying.” While visiting Ghana as a teenager, Gifty encounters a pastor who “looked right at me when he said that the pride of the West was in its inability to truly believe.” I wish Gyasi had allowed the novel to develop this critique of contemporary society further than it did (as she does, in a different way, in Homegoing, her first novel).

Gifty’s life isn’t easy: she has an identity that stretches across borders, and spends difficult years toggling between belief and unbelief. But being such a person comes with one big advantage: a perch from which one can view two worlds with the accuracy only available to an outsider. The mature Gifty at the end of the novel has a unique vantage point from which to examine the gilded society in which she now flourishes. I would read another novel about Gifty and the second part of her life. Transcendent Kingdom is a work of true feeling and intelligence, and its story could cover more ground.