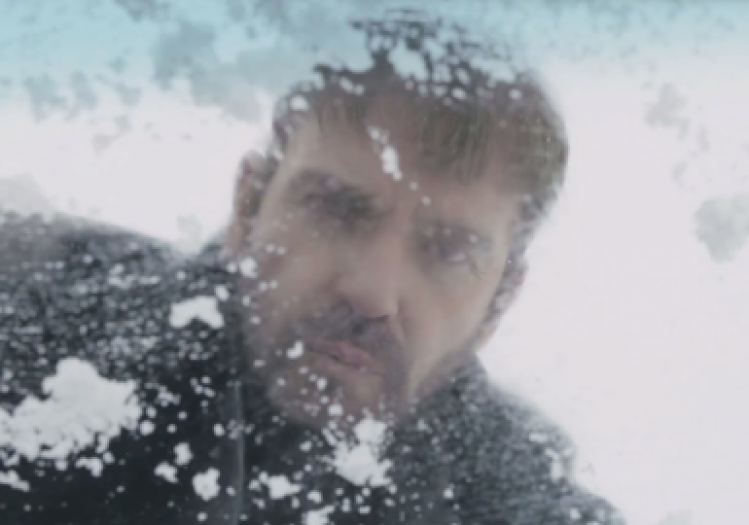 “Some roads you shouldn’t go down,” a creepily self-assured hoodlum says in the pilot for FX’s limited series Fargo. Gazing with almost hypnotic calm at the cop who has pulled his car over on an icy street, the desperado (played by Billy Bob Thornton) goes on, “Maps used to say, ‘There be dragons here.’ Now they don’t. But that doesn’t mean the dragons aren’t there.”

Latter-day Smaugs might not have troubled the creators of Fargo, but that doesn’t mean the path to the show—premiering April 15—wasn’t potentially hazardous. The ten-episode series takes inspiration from the revered 1996 Coen brothers movie of the same title, which won two Academy Awards, including one for original screenplay. FX’s version features a new crime story and new characters—including a hapless insurance agent played by Martin Freeman—but it revels in the same wintry environment, populated by amiable Minnesotans who say “yah” a lot. And it seems to strive to fuse kooky humor and grisly tension as audaciously as the film did.

That tonal balancing act is tough to pull off, and risk-averse TV executives might have thought twice before developing a show that begs to be compared to an acclaimed movie. Some hesitation might have been justified: judging by a version of the pilot episode made available to reviewers, FX’s Fargo has some flaws. The darker plot twists seem hurried and lurching. The gentle mockery of folksy Midwestern speech patterns seems too easy; the utterances of Thornton’s gangster are too gnomic. And, at least in the pilot, there’s no character as vibrant and quirky as Marge Gunderson, the relentlessly cheerful and capable pregnant detective that Frances McDormand played in the movie.

Still, with ample suspense and atmosphere, the show will appeal to crime-caper addicts and anyone who wants more of the movie’s ready-for-ice-fishing-you-betcha vibe. (Noah Hawley wrote the series; the executive producers include Joel and Ethan Coen.) As one might expect in our era—which some are calling a second Golden Age of television—the photography is satisfyingly cinematic. So, for that matter, is the sound: in one transition, the labored breathing of a dying deer segues into the rattle of a broken washing machine in an unhappy household.

Freeman nails his character, the nebbishy insurance salesman Lester Nygaard, who makes Willy Loman look like Julius Caesar. Clumsy and frequently tongue-tied, with circles under his wary eyes, Lester manages to bungle both his personal and professional lives. “What happens if you have an accident at your job?” he demands desperately of a potential life-insurance customer who has visited Lester’s office. “I work at the library,” the prospect replies.

In a turn of events reminiscent of Hitchcock’s Strangers on a Train, or even the first season of Breaking Bad, Lester’s frustrated Everyman suddenly finds himself plunged into a chilling criminal world. Here, he has to negotiate a relationship with Lorne Malvo (Thornton), a scary loner with an amoral worldview. “Your problem is, you spent your whole life thinking there are rules. There aren’t,” Lorne tells a panicked Lester.

Of course, there are rules for the story’s law enforcement characters, who include Deputy Bill Oswalt (Bob Odenkirk of Breaking Bad) and Deputy Molly Solverson (Allison Tolman, whose stolid, determined character recalls Marge Gunderson). Colin Hanks plays Deputy Gus Grimly, a Duluth policeman who, as a single dad on the beat, stays in touch with his kid via walkie-talkie. (“You brush your teeth? Over.”)

Another dominant presence in the story is the frigid Minnesota environment: the frozen fields stretching out on either side of the highways; the heaps of snow edging the sidewalk; the cold that fogs the characters’ breath when they talk outdoors in their heavy coats and hats with earflaps. The pilot episode dwells so lovingly on the weather conditions that you begin to think the prospect of revisiting the film’s setting—which must seem exotic to VIPs in America’s bicoastal-based film and television industry—was additional motivation for the series.

A previous effort to adapt Fargo for television, with Edie Falco as Marge Gunderson, collapsed after the filming of a pilot, which was eventually screened as a one-off in 2003. That ill-fated venture didn’t scare off the creators of this new version, who seem to have carefully considered the ramifications of throwing caution to the wind. More than once in the first FX episode, the camera lingers on a poster in Lester’s basement. Showing a school of swimming fish, and one contrarian fish heading in the opposite direction, the poster reads: “What if you’re right and they’re wrong?”