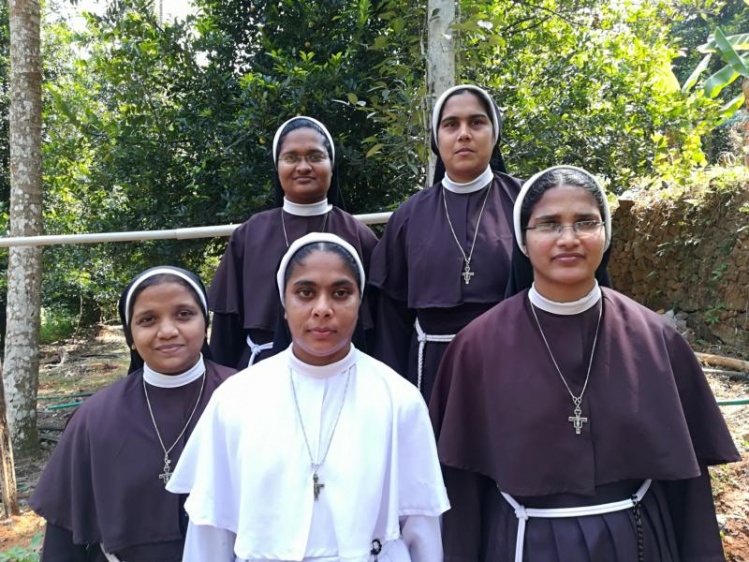 It is often alleged that poverty and illiteracy have I been the chief obstacles to the spreading of Christianity in Asia and Africa. Conceding that this is true of the lower classes, the question remains: what prevents the educated from accepting Christianity? The failure of Christianity, or more correctly, the failure of Christians to influence the pagan intelligentsia points to the existence of problems that are far more substantial than poverty or illiteracy. These problems are complex, and involve political, social, philosophical and, of course, theological issues.

First of all, it must be remembered that Christianity has a double significance in Asia and Africa: the personal and the social or cultural. On the personal level Christianity signifies the meeting of two persons, the missionary and the pagan. Conversion in this situation becomes, more or less, a private matter. The factors that contribute to the success or failure of conversion will depend mainly on the nature of the personal relationship.

Now, as we know, society can and does exert its pressure on its members. The individual is conditioned, perhaps even unconsciously, by the hundred and one influences, good or bad, of the society to which he belongs. What then has been the cultural or social pressure which pagan societies in Asia and Africa have been exerting on their members in relation to Christianity?

The answer to this question lies, in great measure, in understanding the real impact of colonialism on non-Western societies. The most vital contact which the pagan world had with the Christian world came, not through complete Christians, but unfortunately, through the colonizers. The colonial regimes of the Western powers in the mission countries have created a strained social relationship, not only between the East and the West, but what is more tragic, between Christians and non-Christians. The ideology behind much of colonialism that of the master race carrying the "white man's burden," not to speak of the lust for wealth has made Christianity appear in pagan consciousness in an altogether unfavorable light. It made the ideology of the missionary, if not somewhat incomprehensible, at least ineffective to many pagans. Consequently, the social aspect of Christianity has tended to vitiate the personal relationship of the missionary and the pagan.

This identification of Christianity with Western culture, and the subsequent evaluationof it based largely on the impressions created by the colonizer, is the strongest single emotional barrier to the conversion of the pagan intelligentsia. In his day St. Francis Xavier, in spite of his tremendous success, bewailed the humiliating contrast that Christians, the Portuguese soldiers and colonists, presented to his teaching. In the succeeding centuries this spectacle has lost none of its humiliating aspects, but has only deepened the chasm between Christianity and the pagan world.

In this light we may realize the obstacles offered by colonialism to the cause of Christianity. If Pax Romana is supposed to have spread the way for Christianity in the West, could the same be said of Pax Brittanica or Franca and Christianity in the East? In the early centuries the decadent, pre-Christian morality made Christianity more acceptable. But in our own time a man like Gandhi, for example, could hardly be impressed by the international policies of nations reputed to be Christian. In addition, there is a feeling of superiority prevalent among the Hindus and the Buddhists which makes them treat the ordinary Christian as an inferior being. With a superficial knowledge of Christians and Christianity, and often even without that, they tend to regard Christians with a lofty contempt.

While colonialism helped to create a tense emotional atmosphere, the intellectual attitude of a certain type of missionary toward pagan cultures and philosophies created an intellectual or philosophical barrier. There was a narrowness of vision the harmful effect of which was the misrepresentation of the true nature of Christianity's transcendence. It is no exaggeration to say that with the notable exception of DeNobili and his school in India, and of Ricci, Schall and their school in China, the Christian approach to Eastern cultures and philoso- phies has generally been less than constructive.

The most important thing the missionary must grasp is the meaning of the "natural order" as it is found in paganism. Mere knowledge of the catechism or of the Western expressions of Christianity does not necessarily produce this other knowledge. The specific intellectual training of the missionary would seem to consist in the grasp of how supernature can be adapted to nature: how the one can elevate, integrate, save, and not destroy the other. It was this intellectual preparation that missionaries so often seemed to lack. For most of them - and we are speaking of missionaries in general, Catholic and Protestant - the only standard of Christianity was the Western expression of Christianity, just as for the colonizer the only criterion of cultural value was that of Western civilization. It appeared as though "nature" in the pagan world did not exist, or if it did, did not count, philosophically. But as the Jesuit theologian Yves de Montcheuil observes: "One would have a poor understanding of the transcendence of Christianity if he thought that it obliged him to find no religious values outside the Christian revelation and the Catholic Church. Such an a priori would give a wrong orientation to the missionary effort."

That this narrow view was never the official mission policy of the Catholic Church is attested to by the bold attempts of DeNobili in India and Ricei and others in China. They realized that a profound learning and appreciation of the Indian and Chinese philosophies and cultures were necessary for the missionary. But the narrow mentality of individual Christians in their own day, the suppression of the Jesuits, and the disputes among the religious orders put an end to that novel experiment. As Archbishop Roberts, himself an Englishman and the former Bishop of Bombay, wrote several years ago: "The East might be largely Christian today if representations made by Jesuit missionaries in the sixteenth and seventeenth centuries had been received in Rome by people with only a fraction of their zeal and competence.... Had Gregory the Great been on the papal throne to give such instruction as England was blessed with in the mission of the first Benedictine monks, there might have been no war in Korea, no Communist menace in the East." These remarks underline the great truth of presupposing nature rather than ignoring it. As often as the truth of cultural and philosophic synthesis has been forgotten, a wall has arisen between Christianity and the pagan intellectual world.

This ignoring of pagan philosophies and cultures is taken by the pagan mind as fanaticism or ignorance on the part of the missionary. Such an attitude, moreover, puts the pagan in a defensive mood. His preoccupation becomes defense of his position, a defense merely because there is an attack. Hence, he fails to examine his own position and that of Christianity objectively. Men like Gandhi or Radhakrishnan could altogether misunderstand Christianity's transcendence, read the Christian message amiss, and attempt to show that Christianity is no different in essentials from Hindusim or any other world religion. In Radhakrishnan, India's Vice President, a former Oxford professor and widely acknowledged authority on Hindu philosophy, we have, so to speak, the very embodiment of this defensive attitude. He is the product of a Christian education in Protestant schools. But his contact with Christianity did not produce the intellectual climate in which he could recognize Christianity's true nature. In a reminiscent mood he writes: "I became familiar (in Christian schools) not only with the teachings of the New Testament but with criticisms leveled by Christian missionaries at Hindu beliefs and practices. My pride as a Hindu was deeply hurt by the treatment accorded to Hinduism in missionary institutions. It was difficult for me to concede that Hindu ascetics and teachers . . . were not truly religious." This defensive attitude is characteristic of the majority of intellectual leaders in the mission countries.

There is still another source of intellectual difficulty for the pagan, Liberal Protestantism, which affirms, generally, that Christ was just like any other religious leader of antiquity, and that divinity was merely ascribed to Him by Christian piety. Nothing is more welcome than this to the defenders of the pagan religions. If Christ is no more divine than Buddha in Buddhism or Krishna in Hinduism, it follows directly that Christianity is no more absolute than either Buddhism or Hinduism. Hence, conversion from one religion to another is unnecessary, if not impossible. What mankind needs today, these pagan intellectuals maintain, is not a better religion (where none exists) but a better religious life. Or as Gandhi so consistently maintained, a Hindu has only to be a better Hindu, a Christian a better Christian, a Moslem a better Moslem.

There is, finally, the spectacle of a divided Christendom, which presents one of the most formidable intellectual barriers to the pagan. The churches have become a veritable sign of contradiction and a stumbling block to many non-Christians. They not only poke fun at this array of churches, but often engage in the game of playing one church against another. Perhaps it is in the Missions that we see the most far-reaching effects of the Reformation.

These are some of the difficulties that confront the Christian missionary on the contemporary scene. The missionary today, as always, is in need of material support; but the need for spiritual support is even more desperate. This spiritual support can be given in various ways: by the fuller Christianization of the private, public and international aspects of the life of Christians, by the return to unity of the separated churches, and by a greater intellectual sympathy for Eastern cultures and philosophies. For the missionary is looked upon not only as the herald of Christ, but as the cultural representative of Christians as well; the cross that he shoulders is not only the Cross of Christ, but all the scandals and shortcomings in our Christian life.