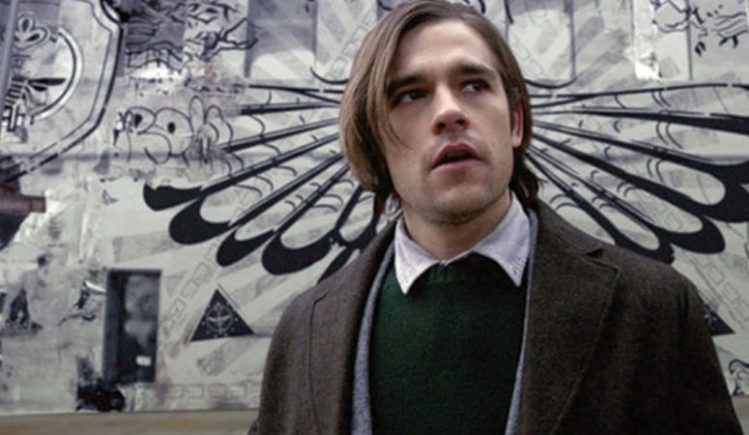 Hats off to the Syfy channel for airing a fantasy saga about reading. O.K., shots of turning pages and dog-eared library cards are unlikely to dominate The Magicians, the drama series whose initial thirteen-episode season aired on January 25. At one point in the pilot episode the camera does scroll lovingly over a book shelf, but viewers are more likely to remember the more startling images: the apparition with a moth swarm for a head; the playing cards swirling around a room like so many trained falcons; the curious sight of a clock growing in a tree.

Still, the TV show has to be, on some level, about reading, given the source material. Lev Grossman’s bestselling fantasy trilogy—The Magicians, The Magician King, and The Magician’s Land—is an enthralling, funny, and often deeply moving adventure set in realms full of wizardry, including a version of twenty-first-century America. Enchantments, demons, supernatural portals, sorcery-enhanced warfare, abstruse mystical lore—these and other diverting narrative elements figure in the tale, which follows Brooklyn-raised Quentin Coldwater through his education at Brakebills, a secret university for magicians, and his sojourns in Fillory, an unearthly land populated by talking animals and other marvels.

But these ingredients of the fantasy genre ultimately turn the novels into veiled meditations on the allure and hazards of reading. Grossman’s saga slyly echoes—and implicitly comments upon—two celebrated fantasy series for young readers. Brakebills is an obvious answer to Hogwarts, the school in J.K. Rowling’s Harry Potter series. But prosaic adult realities are more evident at Brakebills, where the scholarly routine is sometimes mindnumbingly tedious, and the students—skeptical, wisecracking young adults—are known to indulge in sex and alcohol. With its talking beasts and four-thrones governance structure, Fillory bears more than a passing resemblance to C. S. Lewis’s Narnia. Indeed, Quentin initially encounters Fillory as a young reader enthralled by a celebrated children’s-book series titled “Fillory and Further.” After enrolling at Brakebills, he learns that the kingdom is no fiction, but a bona fide magical realm. But while Fillory turns out to be exciting and colorful, it’s no storybook Neverland: it’s full of war and suffering. The Fillory gods—twin rams named Ember and Umber—turn out to be irritating and a little ridiculous, and the population of Fillory is as subject to aging and death as any New York City commuter.

Irreverently tweaking Rowling’s and Lewis’s charmed vistas, and infusing them with a touch of cynicism, Grossman’s trilogy acknowledges the letdown that can follow the blissful experience of plunging into books as a child. An adult reader may adore settling down with a book, when time permits, but he or she is unlikely to rediscover the thrill—the experience of total absorption—that a young reader can find in a story.

Reading (or re-reading) fantasy literature as an adult comes with its own particular autumnal wistfulness, since fantasy is about the excitement of myriad possibilities, and becoming an adult usually involves closing doors and settling for a narrow range of prospects: a specific career, a specific family, a certain degree of comfort. As if acknowledging this truth, the Magicians trilogy repeatedly weaves together moods of heady wonderment and aching disappointment. Early in the book The Magicians, Quentin believes he has found a magical portal to Fillory in a mysterious cupboard in a Brooklyn house; when he investigates, the item turns out to be only a liquor cabinet.

It would be overly optimistic to expect a basic-cable series to capture all the humor and literary resonance in a work like the Magicians trilogy. To judge by the pilot, written by John McNamara and Sera Gamble, and directed by Mike Cahill, the TV version of The Magicians will be a fast-paced and workmanlike distillation of Grossman’s narrative. It is a little cheap-looking: no lush, Game of Thrones–style visuals here. But the storytelling is sensibly thought-out. Drawing on the first two books in Grossman’s series, the pilot moves back and forth between the tale of the endearing misfit Quentin (played by Jason Ralph), who enrolls at Brakebills after acing the entry exam, and that of Quentin’s New York friend Julia (Stella Maeve), who fails the exam and has to learn magic in seedier circles, through a kind of sorcery black-market. At Brakebills, Quentin befriends the spell-casting whiz Alice (Olivia Taylor Dudley), and inadvertently helps trigger a magical crisis that could prove catastrophic.

The double focus on Quentin and Julia adds balance and counterpoint to the TV narrative. And the swift arrival of the aforementioned magical crisis, in the Syfy Magicians, could succeed in hooking channel surfers. Maybe some of those surfers will go on to discover the books. One can always hope.