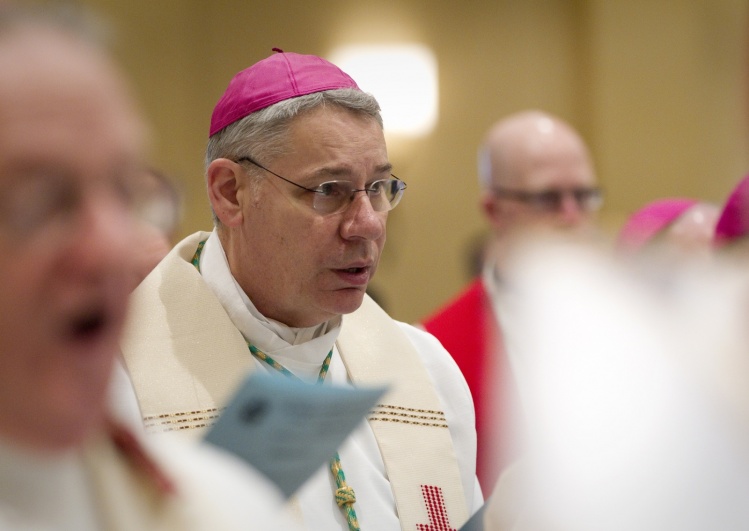 Are Robert Finn's days as bishop of Kansas City-St. Joseph numbered? Judging from comments Cardinal Sean O'Malley made to 60 Minutes, it sure sounds like it. Yesterday CBS News released a preview of Norah O'Donnell's interview with O'Malley, archbishop of Boston, in which he acknowledged that the Holy See must do something about Finn, who was found guilty of a misdemeanor count of failing to report suspected child endangerment over two years ago, and was never publicly disciplined by Benedict XVI.* “It’s a question that the Holy See needs to address urgently,” O’Malley told O'Donnell. Does the pope understand that? she asked. “There’s a recognition...from Pope Francis,” O'Malley replied. The cardinal also acknowledged that, owing to Finn's conviction, the bishop would not even be allowed to teach Sunday school.

In September, the National Catholic Reporter broke the news that the Vatican had sent Archbishop Terrance Prendergast of Ontario to Kansas City to investigate Finn, after the bishop's former chancellor (who is now posted in Chicago) asked the Congregation for Bishops to intervene (I covered some of this here). That seemed to confirm speculation that Finn was one of the three bishops Pope Francis revealed was under investigation back in May. At that time, the pope said that one of the three had "already been found guilty, and we are now considering the penalty to be imposed." As head of the Vatican's new sexual-abuse commission, and as one of the pope's closest advisers, Cardinal O'Malley is part of that "we."

John Allen has issued a predictable note of caution not to overinterpret O'Malley's remarks. "Don’t expect O’Malley to do this all the time," Allen writes. "He’s not an exhibitionist or a grandstander, and aides say he has no intention of becoming a moderate version of Cardinal Raymond Burke"--who rarely passes on an opportunity to ding Pope Francis's approach to church governance. Allen is right. It wasn't as though O'Malley volunteered that Finn had to be dealt with. O'Donnell had to prompt the cardinal to say that Pope Francis is aware of the problem. But that does not diminish the significance of the cardinal's remarks.

When the 2002 wave of abuse scandals broke, you couldn't find an American bishop willing to publicly criticize Cardinal Bernard Law, then archbishop of Boston. Now Law's successor is going on national television saying that the Holy See must "address urgently" the case of a bishop who failed utterly in his responsibility to protect children from a dangerous priest. Of course, Francis has made it clear that he's not terribly troubled when bishops openly criticize other bishops (something previous pontiffs would not countenance). But O'Malley's comments are still a big deal, because there is one way for a pope to "address" the scandal caused by a bishop like Finn: removal. Might that have something to do with the Francis's recent codification a pope's ability to oust a bishop? And if so, who's next?

* The original version of this sentence erroneously stated that Finn pleaded guilty. In fact, a judge found him guilty.