India's BJP Gets Out the Vote
By Jo McGowan 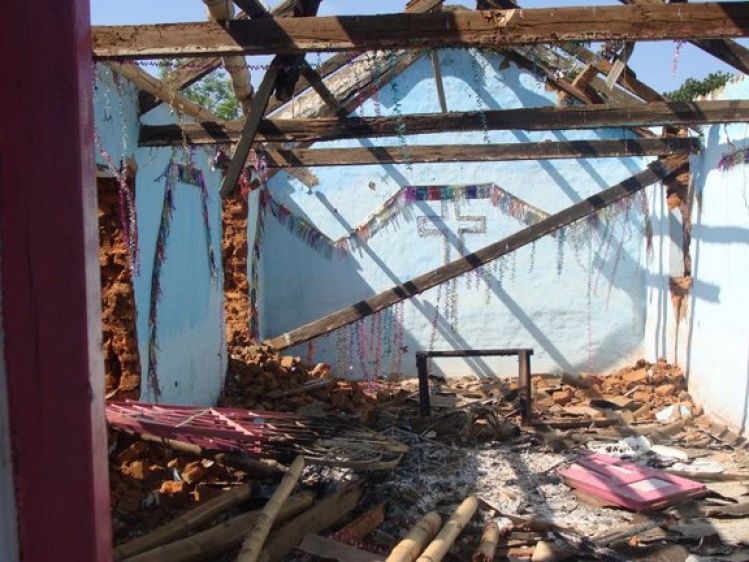 You could almost feel sorry for the BJP, India's ruling party and a bastion of Hindu militancy. After successfully whipping the country into virtual hysteria on Hindu-Muslim lines, reminding the nation at every opportunity of the ever-present danger of Pakistan at the northern border and the always questionable loyalties of India's Islamic citizens, it turned its attention to the Christians.

Here, understandably, was a real challenge: Christians constitute a tiny minority of the Indian population (a mere 2.34 percent) and there have rarely been serious tensions between them and the Hindu majority (85 percent). There is no neighboring Christian state to cause unease and Christians in India, although some are clannish and inclined to think themselves a bit better than the rest of the country, are generally apolitical, almost to a fault. Finally, just about everyone, regardless of politics, holds them in high regard for their selfless and superb contributions to the country's healthcare and educational institutions. Even BJP leaders scramble like everyone else to get their children admitted to convent schools.

Why, then, should the BJP be so eager to convince the Hindu majority that Christians pose a real and significant threat to the integrity of the nation? It is a puzzle.

The answer lies in the precarious state of Indian politics and the rapidly shifting loyalties of the electorate. With so many parties vying for power, even a single seat in Parliament counts and areas previously written off as not worth the trouble have become scenes of feverish activity by party workers of every persuasion. In states like Gujarat, Madhya Pradesh, and Orissa, the BJP and non-BJP parties have almost equal strengths. To secure the leading edge, the BJP strategy is crude but effective: Since the main voting bloc in the country is the Hindu one, the party does all it can to create a siege mentality, us against them, and then present itself as the only true Hindu voice. This has worked successfully wherever it has been used against Muslims, but in the case of Christians, the hostility just wasn't strong enough. The issue the BJP finally fixed upon was conversions. Linked as they are to missionaries with ties to foreign countries, the issue began to be presented as one of patriotism: converting to Christianity could be seen as a change of nationality. In the words of Praveen Togadia, a leader of Vishwa Hindu Parishad (an international affiliate of the BJP), "Conversions challenge our national unity."

Conversions certainly do take place wherever Christians are active. Interestingly, Catholic missionaries are seen as more interested in schools and hospitals and less in proselytizing than their Protestant counterparts, but both admit openly that the people they work with do convert. Father Anthony, a Catholic priest working in the Dang area of Gujarat, scene of terrible anti-Christian violence some months ago, considers himself a messenger of Christ, "but not to those who don't want it. A change of heart is necessary for real conversion. [Anything else] is hypocrisy."

Whether hearts are changed or not is of little concern to the BJP; it's more interested in counting votes. In the process, poor, illiterate tribespeople like the Bhils in Gujarat, may be raped and murdered, their homes destroyed, their churches burnt, but their anguish is of no real concern. Nor does the BJP really care about their religious convictions. Until they became pawns in the BJP power games, the Dang area was among the most neglected in the entire country.

The sudden, unfortunate appearance of the Bhil community on the national scene had to do not with them as individuals but with what they represented: a chance for the BJP to present its case against any "outside" (that is, non-Hindu) forces within India. In other states, notably Orissa, where an Australian missionary and his two young sons were burnt to death as they slept in their Jeep, and in Madhya Pradesh, where a group of nuns were beaten and raped and their convent pillaged, the situation was no better: Churches were demolished, Bibles burnt, priests beaten, and schools ransacked.

And almost without exception, state and local authorities reacted as if the Christians were the ones at fault. The nuns were instructed by the police not to file rape charges as it would give the area a bad name. And the president of the BJP, reacting to the killings of Graham Staines, the Australian missionary, and his two little boys, said "I appeal to the missionaries that they are sitting on a stack of hay. They had better be careful."

Anti-Christian violence in India, then, is not really about Christianity. It is about power. Just as with racism in the United States, religious and communal passions are painfully easy to incite here (it was a common tactic of the British as well) and the BJP has no scruples about doing it if it will win the party those crucial few seats it requires. So Christians in India who find their homes being burnt and their churches destroyed can at least comfort themselves that it isn't personal.