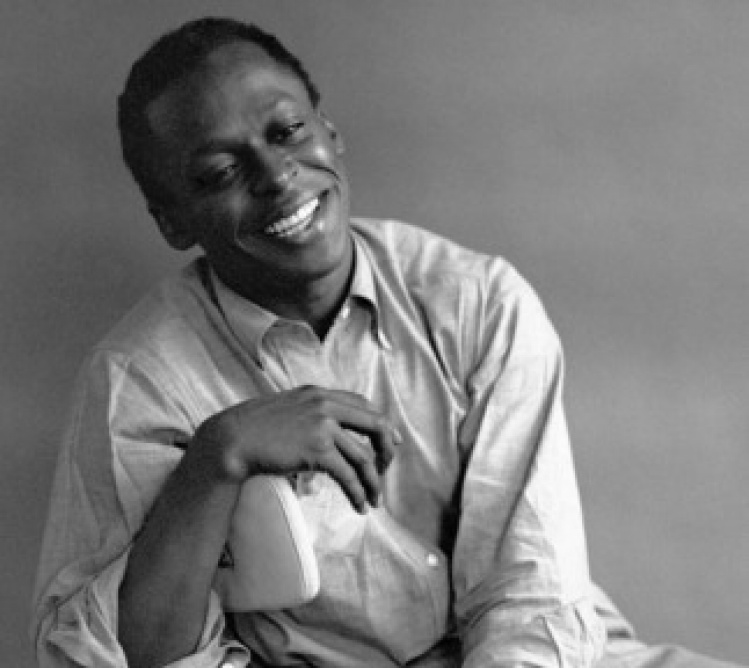 When it comes to musical rediscovery, this is nothing less than a golden age. Consider the treasures unearthed in the past few years alone. Pop fans have been rewarded with the release of the Beach Boys’ legendary, unreleased Smile project of 1966–67; country fans have precious, previously unheard Hank Williams tracksto sift through; and devotees of Barbra Streisand are enjoying a wealth of once-sequestered gems. The list goes on, spanning genres, with little slowdown in sight. The rule seems to be that if any significant music was ever recorded in the studio or in live performance—and obviously far more than we ever imagined has been—it will eventually be released for general consumption.

Case in point: Once, not a single officially released note existed from the mythic ensemble that Miles Davis led through the bulk of 1969, a fertile period that found the famed trumpeter and bandleader radically sculpturing jazz to his own image. But with the arrival of Miles Davis Quintet: Live in Europe 1969—The Bootleg Series Vol. 2, we now have three CDs of live performances as well as a DVD of the band captured in full flight. What did we do to deserve such riches?

Before the garlands are strewn, a bit of history. By the late summer of 1968, Davis was witnessing the second of his “classic” quintets dissolve. The celebrated five-piece of 1955–56 had featured the saxophone deity John Coltrane; the ensemble that had formed in September 1964 made brilliant use of a team of equally creative players: the tenor saxophonist Wayne Shorter, the pianist Herbie Hancock, and the bassist Ron Carter. Each album that Davis recorded with this group seemed to make conscious evolutionary strides. You can hear them vigorously chip away at formal constraints still lingering from the bebop and hard-bop eras of the 1940s and ’50s: landmark albums such as Nefertiti and Miles Smiles took full advantage of the spirit of musical freedom and inventiveness that fostered the creative music, no matter the genre, of the 1960s. But all great things come to an end, and with the departures of Hancock, Williams, and Carter, Davis made some decisive changes that would radically alter the character of his music.

Three young musicians, each as technically accomplished and venturesome as the others, came on board: the bassist Dave Holland, the drummer Jack DeJohnette, and the pianist Chick Corea. (Notice how the seven aforementioned teammates each went on to illustrious careers—Davis’s unerring instinct for talent hadn’t yet failed him.) The new quintet took to the road playing club and festival dates in the United States and making two European visits in 1969. Yet no albums documenting this transformation ever saw the light of day—studio productions never took place, live recordings were never scheduled. While aficionados might get their hands on pirated bootleg recordings of live gigs that occasionally surfaced throughout the ensuing four decades, to the general public deprived of any evidence, “The Lost Quintet” took on legendary status. Those who were lucky enough to have heard Davis and crew in performance back then spoke of a roiling energy and bursting improvisational fervor that distinguished that ensemble from any of the trumpeter’s previous bands. We had to take them at their word.

Until now. Live in Europe 1969 captures the quintet during their summer and winter jaunts overseas. From note one of the set opener, the aptly named “Directions,” the band kicks loose like a bronco released from the corral. Davis’s new directions are clear. The influence of R&B and rock that Davis was obviously allowing to slip into his aesthetic can be felt most prominently in the sheer power of the band’s attack rather than through any blatant borrowings of au courant pop styles.

Make no mistake, things have drastically changed: Corea is concentrating on electric piano; DeJohnette, uncontained, continually draws blood from his drum kit; Holland enthusiastically darts about, often eschewing a steady rhythmic flow; Shorter, his tenor work more abstract in nature than ever, is now also wailing on the higher-pitched soprano horn. And Davis reacts to the controlled tumult in kind; his trumpet solos rip through space, tone and pitch taking back seats to pure emotive expression.

Yet as the entire set affirms, the leader, for all his obvious daring, may have been the most conservative player in the band. Each of the four younger improvisers had been seriously affected by the proliferation of free jazz, the radical loosening of harmonic and rhythmic structures ushered in by Ornette Coleman at the turn of the ’60s. Throughout all four discs there are plenty of extended passages of hairily abstract, open-ended improvisation, not for the faint of heart. The unexplored waters could often get too murky, as even Corea has since declared—it took Davis to pull the band into focus. You can hear this again and again, as a not always fully engaging group improvisation is brought back on track by a single defining trumpet note from the leader. The youngsters were obviously feeding Davis the energy and suspense that he thrived on, but the older master still needed to enforce formal boundaries to insure expressive depth.

That carried over to his vaunted sense of lyricism. Nestled among vigorous performances of such signature tunes as “Footprints,” “It’s About That Time,” and “Nefertiti,” as well as new pieces from his not-yet-released fusion breakthrough album Bitches Brew, including “Miles Runs the Voodoo Down” and the title track, are ruminative interpretations of Thelonious Monk’s “Round Midnight,” Shorter’s mysterious “Sanctuary,” and—executed as a gorgeously restrained duet with Corea—the 1940s standard “I Fall in Love Too Easily.” Davis could still break hearts with his wounded tone and exquisite sense of drama, and thankfully was still inclined to do so. (Speaking of old-school values, listen, on disc 3, as Corea’s only extended appearance on acoustic piano adds subtle warmth to the band’s sound.)

The DVD alone is worth the price and may actually be the best place to start the journey. Turning in a magnificent forty-five-minute set, the band interacts with coiled intensity, the visual element adding immeasurably to the power of the compressed performance. Davis, sweat pouring off his face as he bores deeper into each charged note, electrifies the screen with his unequaled charisma. In bringing back his much-missed presence, as well as provocative, often splendid, music we thought we might never get to hear, Live in Europe 1969 is a gift.

Steve Futterman has written about jazz for The New York Times, The Washington Post, and Rolling Stone and for the past two decades has contributed the weekly "Jazz and Standards" listings for the New Yorker.