A Budget Banking on Trump’s Lies 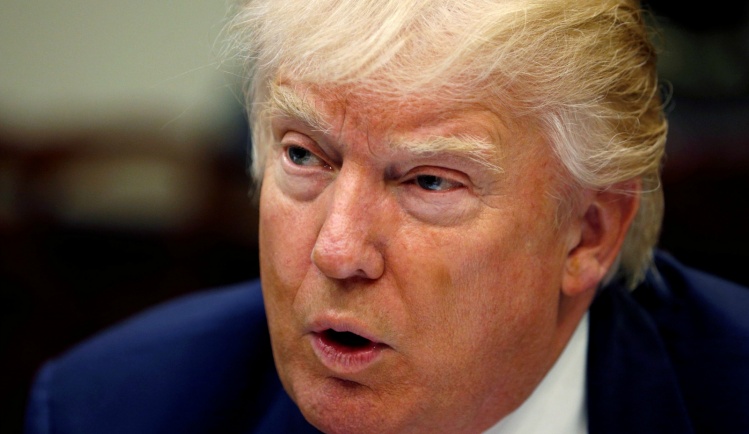 President Trump's budget demonstrates the costs of accepting lies as a normal currency in politics, broken promises as a customary way of doing business, false claims of being "populist" as the equivalent of the real thing, and sloppiness as what we should expect from government.

Trump's fiscal plan was described as dead before arrival, but approaching it this way is a mistake. Many of the steep cuts in programs for low-income Americans mimic reductions passed before by Republicans in the House of Representatives. There's more life in this document than the easy dismissals would suggest.

Particularly astounding from a president who promised better health care for Americans who can't afford it is the $1.85 trillion reduction over a decade from Medicaid and subsidies under the Affordable Care Act. But didn't Trump promise not to cut Medicaid? Never mind, Budget Director Mick Mulvaney told CNBC's John Harwood. That pledge, Mulvaney explained, had been overridden by his promise to repeal and replace Obamacare.

Right, and my commitment to losing weight was overridden by my insistence on eating anything I want. We demean ourselves if we cynically normalize the reality that every Trump promise is meaningless claptrap aimed at closing a deal—and that the vows will be forgotten even before the ink on the agreement is dry. Many who did business with Trump learned the hard way not to trust anything he said. His supporters are being forced to earn the same dreary wisdom.

Trump lies so often that journalists tied themselves up in an extended discussion of when it was appropriate to use "lie," and when it was better to deploy such euphemisms as "misstatement" or "fabrication." We should stick to the short and simple word. Allowing Trump any slack only encourages more lying.

Although fibbing with numbers is an old trick, the etiquette of budget discussions leans toward references to "rosy scenarios" and the like. But how can you explain a budget that counts $2 trillion in claimed economic growth twice? It's used once to "pay for" massive tax cuts for the wealthy, and another time to paint Trump's budget as reaching balance in a decade.

This can't just be careless math.

Another sign of fiscal fraud: the budget's blithe assumption that we will hit 3 percent annual GDP growth over an extended period. That would be nice. But no respectable economic forecaster thinks this is credible. Trump is asking us to bank our country's fiscal future on his signature catchphrase, "Believe me." We should know by now that we can't.

But there are also philosophical lies, and these may be even more offensive. Trump and Mulvaney are selling this budget as good for hardworking taxpayers by leading us to believe that it would really only hurt moochers and layabouts. Thus did Mulvaney claim that a $192 billion reduction in food stamp spending over a decade was directed at "the folks who are on there who don't want to work."

Well, as the Center on Budget and Policy Priorities reported, it turns out that in food stamp households with at least one working-age, nondisabled adult, more than 80 percent work in the year before or after receiving benefits, and more than half work while getting them. This is a program aimed primarily at easing the lives of the working poor.

And it is worth noting, as Ron Brownstein did in The Atlantic, that in the five Rust Belt states that swung from Barack Obama to Trump, whites without a four-year college degree—the heart of the Trump constituency—"constitute most of those receiving assistance" from food stamps and the parts of Social Security that Trump would also slash. If Trump really wants people to go to work, how does he think taking money away from job training and college assistance will ease their path to self-sufficiency?

Martin Wolf, the Financial Times columnist, captured Trump's ideology with precision when he called it "pluto-populism." It involves "policies that benefit plutocrats, justified by populist rhetoric."

Trump's seriousness about the details of governing can be measured by his decision to be abroad when his budget was released. This is a man who sees his job as little more than spectacle, his word as negotiable and all numbers as fungible. The scandal of his presidency extends far beyond the Russia story.

The Making of a President