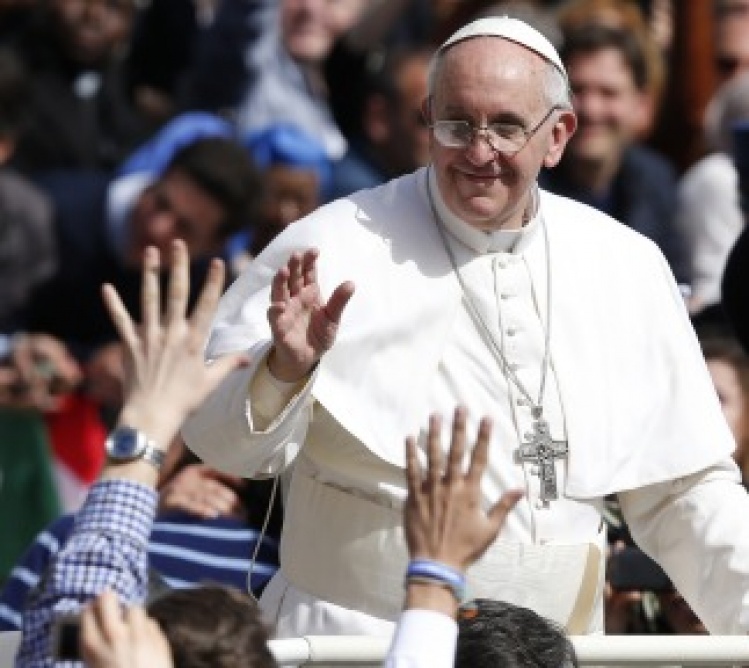 Anyone who followed media coverage of the papal conclave that elected the Argentine Jorge Mario Bergoglio, now Pope Francis, couldn’t help noticing that the same breathless questions were raised again and again by commentators assessing the future of Catholicism. Will the church ever allow priests to marry? Will it ordain women? Will it change its teaching on homosexuality or birth control? Will it permit the divorced and remarried to receive Communion? Is clergy sexual abuse still a problem? Will bishops ever be held accountable for covering up that abuse?

When it comes to these persistent conflicts it seems the scrum has barely budged over the past forty years. While most American Catholics think the church should change its positions—or at least moderate its tone—on these neuralgic issues, the hierarchy and a group of conservative Catholics influential in Rome remain intent on stressing the “countercultural” aspect of Catholicism, its power to push back against the overwhelming secularity of American life. The result is a church nearly as polarized as the U.S. Congress.

Meanwhile, the church in the United States has lost a third of its members and many doubt such losses can be stanched as long as certain teachings—say, about sexual morality or the role of women—do not change. Conservative Catholics respond that in comparison with the even more dramatic decline of mainline Protestant churches that have embraced supposedly more enlightened attitudes, the Catholic Church is doing fine. Any church that accommodates itself to our individualistic, egalitarian, and morally promiscuous secular culture, they say, is doomed to irrelevance. Better to stay the course; that way, even if losses are high, there won’t be a complete collapse. This often seemed to be the default position of Benedict XVI. If Francis’s initial remarks and actions are any indication, he promises to engage the larger culture from a less defensive posture.

Inevitably Catholics at both ends of the ideological spectrum look to a new pope for encouragement. And from the moment he made his first appearance on the balcony of St. Peter’s, Francis seems to have given nearly everyone a reason to cheer. But whatever the direction in which the new pope steers the church, American Catholics struggling to make a life of faith in what is admittedly a vertiginous moral and cultural landscape will continue to take surprising turns, confounding the usual categories. Most practicing Catholics reject the teaching on contraception. At the same time, more than a few younger Catholic women eschew the pill in favor of the church’s “natural” approach to family planning. Home-schooling is more popular than one might imagine, and not just among the politically conservative. Some younger Catholics are also intrigued by the solemnity of the Latin Mass. Religious “seekers” of all stripes happily mix and match what were once predictably conservative or liberal political and theological positions. This is a Catholic strength, not a weakness. Catholicism has never quite made peace with capitalism, for instance, and here all sorts of esoteric Catholic objections to modern liberalism merge with a rejection of the materialism and crass commercialism of American society and the hegemony of Wall Street. The Catholic critique of the modern economy may be needed now more than ever before, and Francis’s promise to make concern for the poor central to his papacy could confound the powerful in surprising ways.

The philosopher Charles Taylor has written that, although Catholics will continue to disagree on many questions, they still “ought to be able to reach out to each other.” And in order for that to happen we must look to those among us whose zeal does not merely confirm our biases, but rather the opposite. What we need, each one of us, is to be thrown off balance by the self-sacrificing example of others. For some it might be the devotion to family shown by a Latin Mass enthusiast who home-schools her children. For others, it could be a same-sex couple intent on raising their children Catholic. “The church, by which I mean all of us, has a very challenging task,” Taylor writes. That task is how to hold “together in one sacramental union modes of living the faith which have at present no affinity for each other, and even are tempted roundly to condemn each other.”

Yes, the church must preach the gospel, but it must also live it. That is something Pope Franics has done to wide acclaim in his native Argentina. Popes are a sign of unity, or so the Catholic tradition teaches. (“Pontiff” is from the Latin word for “bridge builder.”) Francis will have to be a master builder if the church is to make its message heard in a time of great discord. Bringing a divided flock together, after all, is the first responsibility of a good pastor.