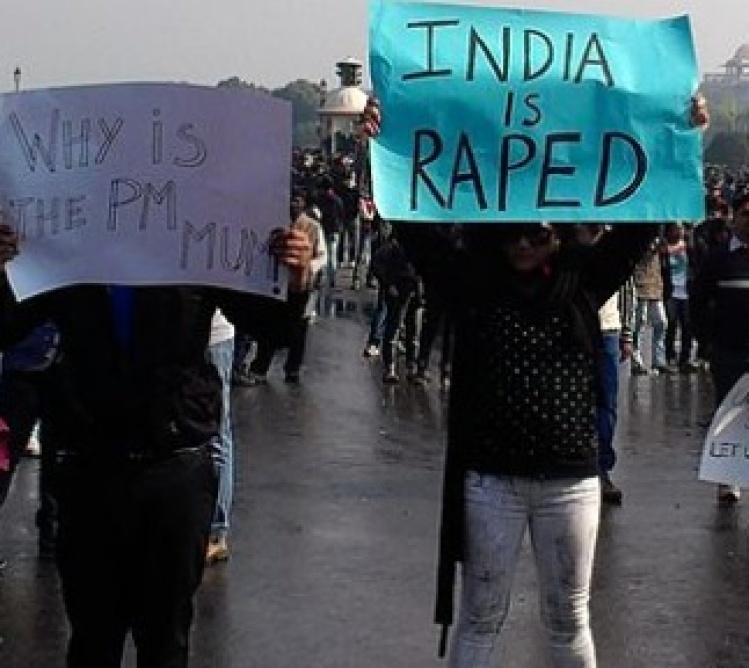 In December a brutal gang rape stunned all of India. Protesters poured out onto the streets every day for weeks in New Delhi (where the rape occurred), as well as in other cities and towns across the country. The ruling Congress Party, silent for over a week after the event, was finally forced to respond to public outrage, but Prime Minister Manmohan Singh’s scripted remarks sounded tepid and detached, ending with a remark he thought was off-camera: “Was that fine?” The government’s inadequate response incited further anger—and demands for action.

International coverage of the incident has been widespread and persistent. When the victim, Jyoti Pandey, finally died in Singapore, where she had been flown for treatment at government expense, the calls for justice grew louder still.

Yet during those days of protest, there were hundreds of other rapes in India, including one whose victim was a two-year-old girl. She, too, died of her injuries, but of course she had not been flown out of the country for treatment. In fact, no other rape case has received more than a few small paragraphs deep in the city section of the daily newspaper. So why did this one story shake the nation?

While it doesn’t really matter what finally woke us up, some of the facts are interesting to consider. It was first widely reported that Pandey was a medical student from an English-speaking family who had raised her to be independent and progressive. It later transpired that she was in fact a student of physiotherapy and the first in her family to go to college. While her family were indeed proud of her, they are by no means progressive. Her father was at pains to explain to the press that the boy she was with when she was attacked was only a friend (“like a brother”), and that there had been no question of their being a couple because the boy belonged to a different caste.

But when the story first broke, the educated elite reacted with horror and anguish precisely because Pandey and her friend seemed just like them. They could imagine themselves or their children in the same situation: coming out of a theater late at night, unable to find a taxi, finally boarding a bus with relief and gratitude only to be beaten with iron rods as the bus hurtled through the streets of New Delhi. Pandey was dragged to the back of the bus and brutally raped. She and her friend were finally thrown from the moving bus and left to die.

Stunned and jolted by this incident, women have finally begun speaking out in public about what they endure every day in public transit, on the streets, in their offices, and in their own homes. The press has been full of first-person accounts of childhood sexual abuse, rape, fondling, indecent exposure, lewd remarks, groping, often at the hands of relatives. Demonstrators in New Delhi spoke emotionally about their refusal to put up with this any longer.

Despite all the grief and anguish over a young woman’s murder, there has also been something almost exhilarating about the public response. In the past couple of months, I have felt as if the country is witnessing the birth of a new age. Women are speaking out, and not only about rape or sexual abuse. Collectively, we are testifying against an entire culture that enables and defends violence against women.

My friend Rachel King, a British woman who came to India as a student in the 1980s, has described in painful detail the experience of riding in a bus in New Delhi:

A woman standing on a Delhi bus is completely at the mercy of the other passengers. She has to put one arm up to strap-hang, and she has to use her other arm to keep track of her bag—because, of course, as well as being physically assaulted, she is also in danger of having her bag rifled through and her purse stolen. She doesn’t have a free hand to swat away the hands that brush her breasts, stroke her buttocks, or try to get between her legs. Because the bus is so crowded, male passengers will take the opportunity to stand very close to her, using the bus’s swaying movement as an excuse to move rhythmically against her. Some men look away while they do this. Some stare insolently into my eyes.

My friend Natasha Badhwar, a Delhi-based filmmaker and writer and the mother of three girls, talks about the silence imposed on her and the women she grew up with:

We are taught to feel shame. We internalize the primacy of family honor. Don’t tell anyone. What will the neighbors say? Your grandfather will be angry. Father will be hurt. Or worse, father may kill you. Look down and carry on. Don’t engage with aggressors. There’s no point in involving the police. Learn to avoid trouble. These are the messages we carry in our heads.

My own daughter, now studying at Yale, is still amazed at how different daily life can be outside India: “When I first got to the United States, I thought something must be wrong with me. No one was staring at me. No one even looked at me twice. I felt invisible. It was wonderful.”

For those of us who want to stay in India, action is now required; in fact, it is long past due. Women’s groups are moving beyond expressions of rage to concerted efforts to hold lawmakers to account. They are demanding fast-track courts for crimes against women, training for police, and an end to antiquated definitions of rape. (According to the notorious “two-finger rule,” a woman whose vagina can admit two fingers by the examining doctor cannot have been raped because she is already “habituated to sex” and therefore must have asked for it.)

Efforts at reform are complicated, however, by the fact that a significant number of India’s political leaders have criminal charges pending against them for offenses including rape and domestic violence. Such politicians have no interest whatsoever in ensuring speedy prosecutions. The need for systemic political change is clear. The growing popularity of the Aam Aadmi Party, whose main plank is to rid the government of corruption and create systems that ensure accountability, is a source of great hope.

But it is one thing to get rid of corruption, another to address the deep and pervasive beliefs about the place of women in Indian society. As long as rape continues to be seen as a fate worse than death for its victims, justice for rapists will not help women move on in the aftermath of the attack. They will continue to be seen as damaged goods, lost to society, worthless.

Furthermore, the public outcry over this particularly savage case, in which the perpetrators were strangers, may obscure the fact that the vast majority of rape and other sexual violence occurs at home. The victim is usually familiar with her assailant, and there are usually few physical scars—hence the conspiracy of silence that allows such crime to go unpunished.

Still, the silence has been broken, at least for now. Women are talking. But I have lived in India for thirty-two years, and I have seen these awakenings before. A judge hands down a spectacularly stupid decision; a right-wing religious fanatic places the blame for violence against women on women themselves. There is a flurry of outrage. Legislation is introduced. Nothing changes. We all go back to sleep.

This time feels different, though. Coming on the heels of last year’s powerful and sustained outpouring of support for the India Against Corruption protests, these rumblings may signal more than just “protest as usual.” Indeed, the government has responded with uncharacteristic speed by convening an official commission to review the current situation of women and make specific recommendations for further action. Voluntary organizations, student groups, and individuals across the country submitted notes for consideration (including one from disabled women activists who demanded acknowledgement of the particular hazards faced by women with special needs). The Justice Verma Commission’s report, released in January, has been greeted with satisfaction, guarded optimism, and continued insistence on action, not words.

There is also a growing awareness of the need to create change at a personal level: we are at last talking candidly about the difference between the way we bring up sons and the way we bring up daughters, about what we tolerate in public spaces, about what we avoid addressing in our neighborhoods and what we pretend not to see in our own homes. Neighborhood watch groups and hotlines are being formed; individuals are committing themselves to stand up when they see a woman being targeted.

These are small beginnings, but they are something. Few things have shaken me as much as what happened to Jyoti Pandey. Yet seldom have I been as moved and as hopeful about the possibility of change in this country as I am now.