'The Boys in the Bunkhouse' 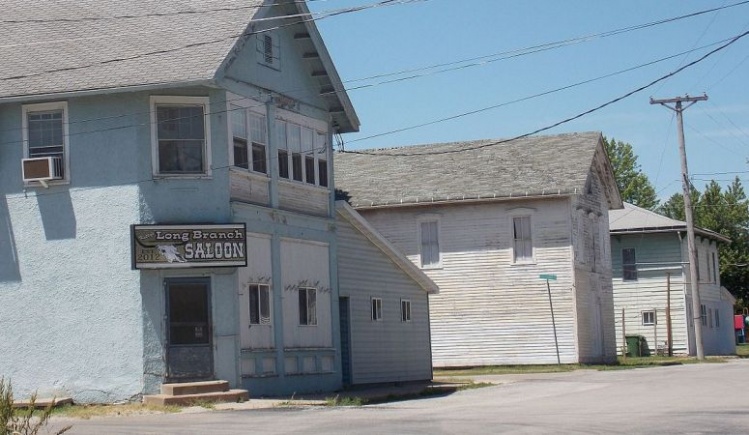 Growing up in Lubbock, Texas, I remember kids talking about the “state school” down in Abilene where “retarded people get sent.” It was a counselor at this facility whose scheme for providing cheap labor led decades later to scenes of elderly men with intellectual disabilities being escorted by social workers from an old schoolhouse in rural Atalissa, Iowa. The story of these men gets the full telling it deserves in Dan Barry’s powerful, moving, and at times heartbreaking book, The Boys in the Bunkhouse: Servitude and Salvation in the Heartland.

The connection between Abilene and Atalissa can be traced to the late 1960s, when that counselor approached a man named T. H. Johnson about taking in some residents from the facility and similar ones around the state to work on Johnson’s ranch in Goldthwaite, Texas. The plan would save the state money for the men’s care while giving the men the opportunity to learn new skills. It would also provide Johnson affordable labor. He agreed, housing the men and putting them to work in his turkey operation. The arrangement morphed into a contract-labor business, which took advantage of federal rules designed to help those with intellectual disabilities find work by allowing employers to pay them below minimum wage at a rate based on their productivity compared to workers without disabilities. A deal was soon struck to provide workers for a Louis Rich turkey plant in West Liberty, Iowa. So in 1974 several dozen men were shipped north; they were housed in nearby Atalissa and bused to the plant each workday. And that’s how they proceeded to live for the next thirty-five years, until state officials in Iowa finally shut down the operation in 2009.

Barry’s book is a damning critique of what these men went through. And it’s made more powerful by letting those who ran the business also have their say. The state schools, which warehoused those with intellectual disabilities out of public sight, were brutal places themselves. Johnson’s promise to “deinstitutionalize” the men would afford them the dignity of work while providing a sense of family and belonging. In Atalissa, they became part of town life, active attendees at dances, parades, and the local Lutheran church. Annual highpoints included the county fair, birthday celebrations, and huge Christmas parties open to the entire town at the schoolhouse. Johnson seemed to genuinely believe that he was acting in the men’s best interests, and Barry’s interviews with them make clear that they developed close relationships and have happy memories of their time together.

But this kind of heavy-handed paternalism is perhaps the best that can be said of Johnson’s operation. Exploitation and abuse were the overwhelming realities, a theme present from the beginning of the book and dominant by its end. The work itself was brutal. Barry spares no details in describing industrial turkey operations—from artificial insemination to slaughter (“a bloody, filthy, feathery mess”)—and how the men worked decades in notoriously high-turnover jobs. Stuck on the fast-moving line, they often had to urinate in their pants. Their productivity matched that of other workers, whom they often trained, but Johnson’s company consistently underreported it to justify their sub-minimum-wage pay; while each man received a few dollars a week in cash as spending money, the company pocketed their remaining wages. Promises of growing savings accounts and a plush retirement home back in Texas were false: Keith Brown’s savings of $87.96 after thirty-five years of work was typical, and the home was never built.

Meanwhile, the conditions inside the Atalissa schoolhouse were steadily deteriorating into a nightmare of clogged toilets, filthy mattresses, and roach-infested food. Rule infractions resulted in beatings and other physical punishments, including being chained to beds or forced to walk in circles while carrying heavy weights. Occasionally men would run away, only to be returned by local law enforcement. One exception was Alford Busby: he froze to death after fleeing on a January night into the Iowa winter. By the end, the work had taken an enormous physical toll on the men, many now in their sixties; some suffered broken bones, hearing loss, and fungal infection, while others were living with untreated diabetes and rotting teeth.

The Boys in the Bunkhouse is one of those books where frequent digressions and backstories are as rich as the central narrative. Barry traces the evolution of the language used to describe such human beings over time, from “cretin” and “moron,” to “mentally retarded,” “deficient,” and “challenged,” to the current “intellectually disabled,” which is the term he uses. He looks at Atalissa’s history, from its founding to its heyday to its slow decline, “as the old die away and the young stay away.” He reports on the backgrounds of social workers, townspeople, a local pastor, and a lawyer from the Equal Employment Opportunity Commission (who is part of what may be the world’s greatest marriage proposal). Most moving, he details the varied pasts of the men themselves. It helps that Barry—whose "This Land" column appears in the New York Times—is an excellent writer, with the ability to interweave stories and powerfully set scenes in the voices of various characters (though anyone familiar with Waterloo, Iowa, may find his description of that city overly lyrical). The book, as hard as its tale can be to read, is also hard to put down.

Ultimately, Barry’s account is a chronicle of injustice unfolding in plain sight. Most people who came into contact with the men failed to grasp the full extent of their plight, a dynamic the book’s structure skillfully replicates for readers by foregrounding the paternalistic care and gradually unspooling the extent of their exploitation and suffering. The few who did raise objections were defeated by a mix of corporate greed, government failures, misconceptions about those with intellectual disabilities, and the public’s simple lack of interest in who is “killing and eviscerating turkeys for the country’s cheap deli lunches and annual days of giving thanks.”

There is hope at the story’s end: Protests by family members and articles in the Des Moines Register finally prompt the men’s rescue. An inspiring group of state social workers and a government-funded nonprofit in Waterloo step in to provide an alternative model for supporting those with intellectual disabilities, one that combines care with independence and choices in housing, employment, and relationships. And there is some vindication in a successful EEOC employment-discrimination suit against the company, though only a fraction of the wages stolen from the men over the decades is recovered.

The most important source of hope, however, is how these men who endured so much clung so stubbornly to their humanity and cared for one another through it all. They, at least, upheld human dignity and practiced solidarity, even amid so many others who did not.