Boehner Climbs Off the Tiger 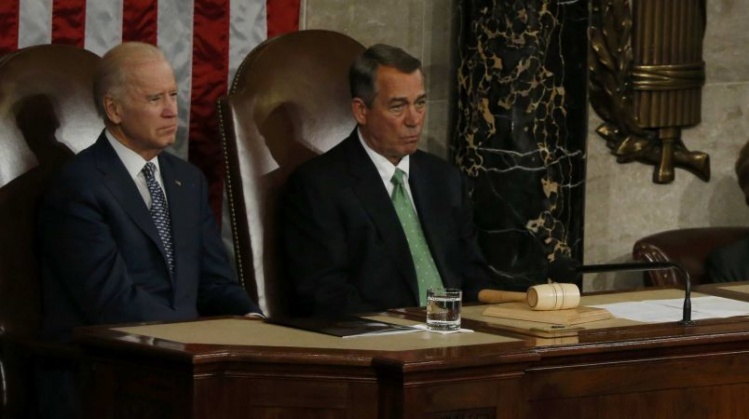 John Boehner was a deal-maker who took over the House speakership at a moment when making deals had, for many Republicans, become a mortal sin.

He was thoroughly conservative in a Republican Party that had moved the goal posts on what constituted conservatism. He could never be conservative enough for his critics on the right.

His tea party antagonists call themselves “constitutionalists,” but they seem to ignore the part of the Constitution that provides the president—in this case, a president from the other party—with veto power.

The GOP’s most ardent conservatives thought they had won the right to run the country when they took control of the House in 2010. They felt this even more strongly after gaining a Senate majority in 2014. Democrats who controlled one or both houses of Congress when Ronald Reagan and George H. W. Bush were in the Oval Office never presumed they had such power. But the standards Boehner was held to were more exacting.

Over the years, the Obama White House was divided in its view of Boehner. President Obama, who called the speaker “a good man” on Friday, always thought he could work with him. As a member of the Illinois state senate, Obama had productive relationships with classic, old-school Republican legislators. He saw Boehner in that light.

But members of the president’s staff were frustrated with the speaker, particularly in the days when Washington was trying to avoid potential catastrophe over a failure to raise the debt ceiling in 2011. One told me then that Obama might be better off dealing with a less amiable figure than Boehner who could actually deliver the House Republican caucus and make deals stick.

In truth, given the hostility to Obama that runs so deep in the Republican Party, and given the tea party revolt, it’s doubtful that any Republican would have found it easy to deliver. Boehner had a pattern of letting the right push things to the limit, and then agreeing to pass bills with Democratic votes to avoid a complete breakdown in governing. It was the responsible thing to do, but Boehner’s critics saw each moment of responsibility as another sell-out.

David Winston, a Republican pollster who is close to the speaker, praised his decision to quit as a case of “putting the country first.” Boehner, he said, “always believed in governing and in pushing things forward,” adding: “Shutting things down was not his idea of moving things forward.”

But Boehner often gave a lot of room to the party’s agitators, feeling he had little choice. After the damaging government shutdown in 2013, he was remarkably candid, telling Jay Leno: “When I looked up, I saw my colleagues going this way, and you learn that a leader without followers is simply a man taking a walk. So I said, ‘You want to fight this fight, I’ll go fight the fight with you.’ But it was a very predictable disaster.”

Pleased, perhaps, that he was finally done with “predictable disasters,” Boehner broke out in song when he discussed his decision to leave in October with reporters on Friday.

Boehner’s situation often reminded me of a passage from John F. Kennedy’s inaugural address: “In the past, those who foolishly sought power by riding the back of the tiger ended up inside.” Boehner was happy to ride the tea party to the speakership—but to keep the job, he often had to appease the tiger.

On NBC’s Meet the Press in February 2011, for example, he declined to take issue with those calling Obama a Muslim. He said the president’s own statements were “good enough for me,” but added: “The American people have the right to think what they want to think. I can’t—it’s not my job to tell them.”

That stray “I can’t” said a great deal about the box Boehner felt he was in.

Boehner, a very committed Catholic, might well see Pope Francis accepting his invitation to be the first pontiff to address Congress as his career’s high point. A man unafraid to show his emotions, he was moved to tears as Francis spoke. Boehner might have been thinking of how hard it was to answer the pope’s call for a “renewed spirit of fraternity and solidarity,” a “spirit of cooperation,” and an environment in which people showed “respect for our differences and our convictions of conscience.”

Boehner is a decent man who tried to live up to those words. But his angry and fractious party made this impossible.