'Blood in the Water' 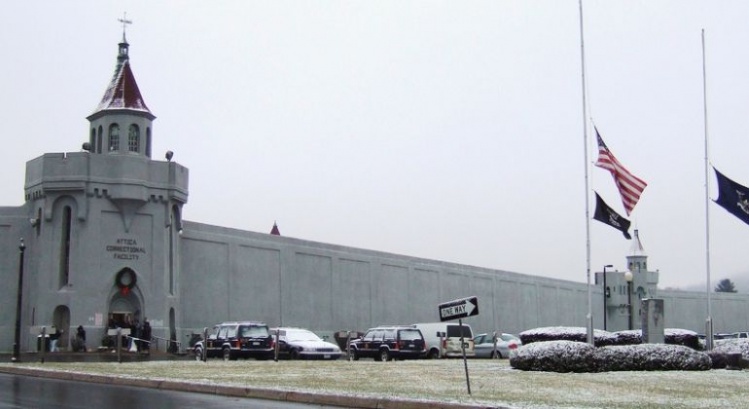 Last year a number of people were shocked to learn that in 1838, the Jesuits of Maryland had sold a number of slaves—272 men, women, and children—in order to raise the funds they needed to save the college that is now Georgetown University from bankruptcy. Responding to these revelations in an exemplary manner, Georgetown took a number of steps to acknowledge this shameful legacy and memorialize those slaves whose bodies helped provide the foundation for the university’s future. There was nothing unusual about the Maryland Jesuits’ engagement with slavery: in the 1830s, the ownership of human beings was widely regarded as a natural part of the social order; even after it had been abandoned in most of Europe, slavery remained legal and respectable in the United States until the 1860s. As John Noonan wrote in A Church That Can and Cannot Change, slavery was an “unknown sin,” something that later generations recognize as manifestly evil but was tolerated for centuries by thoughtful, morally sensitive people.

What is our “unknown sin”? Two centuries from now what will shock and surprise people when they contemplate the evils we accept without question, just as we look back on those Jesuit slave owners? There are, alas, a number of possible candidates for this dubious distinction, but my first choice would be the American penal system. Arbitrary and inhumane, riddled with inequities and permeated by deeply engrained racism, with high costs and doubtful benefits, the scale and methods of incarceration in the United States—like slavery—seem to be contrary to the core values of democratic society.

There is, of course, nothing secret about American prisons, just as there had been nothing secret about the sale of other human beings. It is no secret that the United States incarcerates a far larger percentage of its population than any other industrial society, often under conditions that are, by any standard, cruel and unusual. Prisons are regularly used as the settings for novels, films, and television series, but except for a small group of prison reformers, what happens inside their walls usually remains on the edge of popular consciousness, of concern only to those who suffer or benefit from their powerful presence. It requires some particularly dramatic event to bring prisons to the center of national attention, an event like the four-day siege at the state prison in Attica, New York, in September 1971, which is the subject of Heather Ann Thompson’s powerful new book.

By the autumn of 1971, prisons had begun to feel the impact of the social protests that had shaken many American institutions during the preceding decade. New York seemed particularly susceptible: in November 1970, inmates seized control of the Auburn Correctional Facility, finally yielding after they had been promised that they would not suffer reprisals for their actions—promises that the authorities did not honor. No one should have been surprised that Attica’s inmates would be affected by this wave of unrest. Overcrowded and underfunded, Attica had a restless population of relatively young, predominately black and Latino prisoners who were under the control of poorly trained white officers, most of them recruited from the surrounding villages and small towns of upstate New York.

On Thursday, September 9, a minor altercation between inmates and guards escalated to a full-scale riot, in which several correction officers were badly injured—one of whom, William Quinn, would die of his wounds two days later. By early afternoon, the authorities had retaken most of the facility; the inmates, who held thirty-nine guards and civilian employees as hostages, controlled only one of the four exercise yards. At two o’clock, Russell Oswald, the head of the New York Department of Corrections, arrived at Attica and made the fateful decision to seek a negotiated solution to the crisis. For the next four days, Oswald himself, and then a group of “observers”—some self-appointed, some requested by the prisoners, some sent by the authorities—struggled to find a way to avoid the bloody confrontation that an increasing number of state troopers, correctional officers, and the hostages’ families were advocating.

It is by no means certain that a peaceful resolution of the uprising was possible, given the way the negotiations were conducted, the death of officer Quinn, and the intractable issue of amnesty on which the inmates insisted. Nevertheless, two things are absolutely clear. First, even if the attempt to avoid bloodshed had only a slim chance to succeed, more could and should have been done. For this the blame is widely shared—among the prison authorities who lost control of the negotiations, the observers who kindled false hopes among the inmates at just the wrong moment, Governor Nelson Rockefeller and his advisers who did not provide the moral and practical leadership the situation required, and, finally, the leaders of the uprising, who fundamentally miscalculated their strengths and weaknesses. Second, and more important, even if the use of force was unavoidable, it did not have to be used the way it was. The uprising was put down with an appalling mixture of incompetence and brutality, driven by the unrestrained fury of many of the state troopers who participated, the failure of those in charge to impose adequate discipline and direction on the men under their command, and the deep, ugly racism that was part of this story from beginning to end.

The assault on D Yard began at 9:43 a.m. on Monday, September 13, when a helicopter dropped CS gas on the inmates and their hostages. Although the prisoners had no firearms, the state troopers who stormed the yard started shooting immediately and kept on firing for the next six or seven minutes. The chaotic violence of the initial assault was followed by several hours of vicious reprisals against the now defenseless inmates. No plans had been made for dealing with the wounded. Around 2 p.m., when National Guard corpsmen and doctors from nearby hospitals were finally allowed into the yard, they were appalled by what they found. The testimony of these brave and dedicated men is among the most convincing and harrowing accounts of what happened that day. The casualty figures suggest the scale of the disaster: nine hostages and twenty-six inmates were killed; over eighty others were wounded by gunfire (about 10 percent of the people in the yard), from which one hostage and three inmates would eventually die. Except for Officer Quinn and three inmates who were murdered by other prisoners at some point during the siege, everyone who died at Attica was killed by the authorities.

HEATHER THOMPSON begins Blood in the Water by noting that “a comprehensive history of the Attica prison uprising” has yet to be written, “because the most important details of this story have been deliberately kept from the public.” It is certainly true that what happened in D Yard that Monday morning was initially clouded by misleading accounts and wild rumors, many of them spread by prison officials who were eager to prevent the true story from emerging. That the hostages had died at the hands of the police rather than the inmates became public knowledge because Dr. John Edland, the Monroe County medical examiner (and one of the few heroes in this unhappy story), resisted efforts to intimidate, silence, and discredit him. Eventually, the most important details of the story became known, in part through books like A Time to Die, New York Times columnist Tom Wicker’s remarkable account of his role as one of the observers during the assault, which appeared in 1975, but especially because of the work of the commission appointed by Rockefeller in November 1971, which published an extensive report of its findings in 1972 (available online as “Attica: The Official Report of the New York Special Commission”). Robert McKay, the dean of NYU Law School who chaired this commission, deserves a good deal of credit for defending the commission’s independence and delivering a devastating report that must have deeply displeased the people who appointed him.

Although Thompson adds some interesting details to these accounts of the uprising, her major contribution is a careful reconstruction of its torturous journey through the legal system, which occupies two-thirds of Blood in the Water. The legal process began with the state’s largely unsuccessful campaign to prosecute the inmates thought to be responsible for criminal acts during the uprising, then continued with the state’s successful efforts to avoid prosecuting any of the guards or troopers for their use of excessive force on September 13, and ended with the protracted attempts by the inmates and the hostages to receive compensation for what they had suffered during and after the siege. The legal aftermath of the Attica uprising finally concluded in July 2005 when a judge ruled in favor of the correction officers and civilian employees who died or were seriously injured in September 1971.

Thompson dedicated her book to the forty-three men who died at Attica; their names, hostages and inmates together, are listed in alphabetical order. One would like to think that their deaths had some larger meaning. In fact, conditions at Attica and other New York prisons did improve after 1971; for a while, prison reform was on the nation’s mind and some changes were made. But in New York and elsewhere, the major change in the prison system after 1971 was the massive increase in the number of inmates. New laws, especially on the possession and sale of drugs, as well as tough new provisions for mandatory sentencing, sent more people to prison for longer periods of time. When the Attica uprising occurred, there were 12,500 prisoners in New York penal institutions; three decades later that number had grown to 74,000. By 2006, 7.3 million Americans were caught up in the criminal-justice system, either as prisoners or under some sort of supervision. Race, which had played such a central role in the Attica story, continues to influence who goes to prison and what happens to them when they get there: in 2006, one in nine black men between the ages of twenty and thirty-four were incarcerated. Surely at some point in the future, people will ask, “How could they have allowed this to go on for so long?”