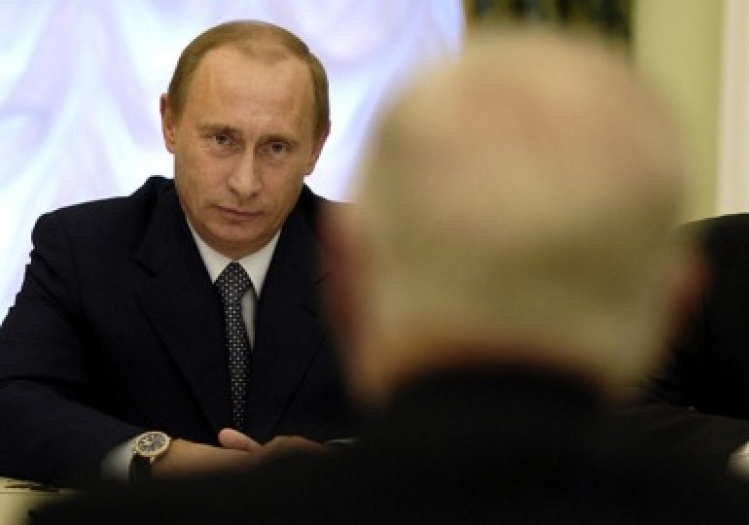 Certain political cliches cry out to join the list of the biggest lies in the world. Today’s candidate: Partisan politics stops at the water’s edge.

The sentiment was first voiced by Sen. Arthur Vandenberg, a Michigan Republican who became chair of the Foreign Relations Committee in 1947. Vandenberg was for real, providing enthusiastic support for President Harry Truman’s Cold War policies.

But it’s time to admit that the immediate postwar period was a one-off in our history and that in the age of Barack Obama, even Republicans who agree with the president on a given foreign policy question have to disguise the fact with taunts and insults.

Our freedom to oppose a president whenever we choose is precious and differentiates us from, say, the citizens of Vladimir Putin’s Russia. We forget too easily that dissent, even in wartime, is an American tradition, from the deep divisions over the War of 1812 and Abraham Lincoln’s sharp critique of the Mexican War all the way through Vietnam and Iraq.

But these debates involved matters of principle. What’s strange about the response to Putin’s grab of Crimea is how eager Republicans are to blame Russian aggression on past Obama failures -- even as Obama proposes to follow policies on Ukraine that they are themselves prescribing. To paraphrase the late Jeane Kirkpatrick, they blame Obama first.

In extreme instances, Obama’s foes have come down with truly weird cases of Putin Envy. “Putin decides what he wants to do and he does it in half a day, right?” former New York Mayor Rudy Giuliani swooned Monday on Fox News. “He decided he had to go to their parliament. He went to their parliament. He got permission in 15 minutes.”

Fox’s Neil Cavuto rightly observed: “Well, I mean, that was kind of like perfunctory.” Giuliani was undeterred in his awe of authoritarianism: “But he makes a decision and he executes it, quickly. Then everybody reacts. That’s what you call a leader. President Obama, he’s got to think about it. He’s got to go over it again. He’s got to talk to more people about it.”

Ah, the joys of dictatorship.

And on the right wing, no day is complete without some invocation of Benghazi. Thus this tweet from Sen. Lindsey Graham, R-S.C., on Tuesday: “It started with Benghazi. When you kill Americans and nobody pays a price, you invite this type of aggression.”

Graham’s friends explain this away as his effort to ward off a tea party challenge in South Carolina’s June primary. But that’s the point: Republicans indulge in Obama Derangement Syndrome precisely because so many who vote in GOP primaries demand it.

Republicans typically reply that Democrats were no softies when it came to George W. Bush. There’s truth to that, particularly in the final years of his term. What they ignore is that Democrats entirely shelved partisanship after the attacks of Sept. 11, 2001. There was little opposition to Bush’s decision to send troops to Afghanistan, and less questioning in advance of the Iraq War than there should have been.

Moreover, Republicans were utterly unrestrained in casting opposition to Bush’s policies as disloyalty to the nation. When Nancy Pelosi accused Bush in 2004 of being “incompetent,” Tom DeLay, then the House majority leader, denounced the top House Democrat for being “so caught up in the partisan hatred for President Bush that her words are putting American lives at risk.”

In late September 2004, during the presidential campaign, Bush said that his opponent John Kerry’s statements on Iraq “can embolden an enemy,” while Sen. Orrin Hatch, R-Utah, predicted that terrorists “are going to throw everything they can between now and the election to try and elect Kerry.”

Washington usually responds blandly by saying that “both parties do it.” But note the consistent thread through the GOP attacks: that Democrats -- then Kerry, now Obama -- are weak and vacillating and give comfort to our foes. Why is it acceptable for supporters of a party to condemn critics as near-traitors when their side is in power, and then embrace the right to dissent when the other guys control the White House? Freedom is freedom.

There’s also this. A remarkably broad cross-party consensus has quickly coalesced around two propositions: (1) we will not commit American military forces in this crisis, but (2) we should use every realistic form of pressure at our disposal to contain and then reverse Putin’s assault on Ukraine’s sovereignty. Must we pretend to disagree even when we agree?