'The Birth of a Nation' 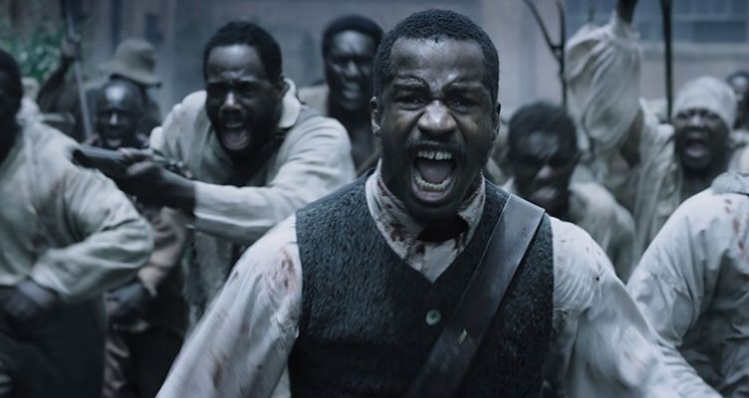 There is no way to turn the story of Nat Turner into an entertainment that is morally neat and emotionally digestible. The worst thing about The Birth of a Nation, the debut film of writer-director Nate Parker, is that it tries to be just that and inevitably fails. The best thing about it is that, even in failing, it holds the viewer’s attention with occasional psychological insights and constant cinematic skill.

The Nat Turner slave revolt took place in Southampton County, Virginia, in 1831 and resulted in the murder of more than fifty-five whites and later the vengeful slaughter of more than a hundred mostly innocent blacks by white posses. What we know about the event comes down to us mainly from Turner’s putative confession in his jail cell to a lawyer, Thomas R. Gray, who regarded his interviewee as a crazed villain (“a gloomy fanatic…revolving in the recesses of his own dark, bewildered and overwrought mind, schemes of indiscriminate massacre”). But Gray apparently lets Turner speak for himself, presenting the reader with a text that is lucid, eerily calm, and precise. It seems to reflect a dignified man worthy of tragic status. William Styron used the document as the basis for a novel that portrayed Turner as a sexually damaged man crying out for psychiatric treatment—an approach that brought down on Styron a storm of controversy. What has Nate Parker done with the same material?

He has taken a catastrophe that defies our modern rationalism and liberal sensibilities and fashioned it into a narrative that won’t outrage that rationalism or bruise those sensibilities. Explaining why he appropriated the title of D. W. Griffith’s groundbreaking but bigoted 1915 classic, Parker has said this choice was meant to “promote the kind of honest confrontation that will galvanize our society toward healing and sustained systemic change.” That also indicates the aim of the entire movie.

Like Joan of Arc, Turner was a mystic whose visions led him to take up arms. Unlike Joan’s visions, his were blood-drenched and race-specific: “I saw white spirits and black spirits engaged in battle…the thunder rolled in the Heavens, and blood flowed in streams.” How does Parker render these visions cinematically? He blurs them. We see one close-up of a bloody leaf and some fast, indistinct shots of bodies in motion. No battles. No race war. Turner was a fervent, even fanatical Christian, who even baptized a white man, thus curing him of a psychosomatic illness. But the whites he knew were exclusively of the slave-holding plantation class, and he’d come to see them as agents of demonic evil who had to be destroyed by their black victims. He spared no one. When a baby was spared during one family’s slaughter, Turner sent a follower back to kill it.

Parker must have known he had a real problem here if he wanted his project to promote “healing and sustained systemic change.” He ducks the problem. We see the killing of utterly vicious slaveholders and slave hunters, and moviegoers of any race can applaud this between handfuls of popcorn, just as they can cheer the demise of gangsters and Nazis. There is also a glimpse in a bedroom of one woman sure to be killed along with her slaveholding husband, but we are spared the sight of the killing itself. No white children or babies are shown suffering any harm. This coddles our sensibilities and allows us to cheer the rebels on. The genre of melodrama lets our consciences take a vacation. But is The Birth of a Nation a melodrama?

If Parker had elected to show the atrocious side of Turner’s revolt but still strived to keep us from dismissing its leader as an utter monster, he would have had to cast in the lead an actor who could convey the vatic power of a Jeremiah who became a Spartacus, someone with the magnetism of a young James Earl Jones. Unfortunately, the director cast himself in the role, and he’s not up to the job. What he gives us is a clean-cut, rational, twenty-first-century grad student on his way to a seminar about the problems of inner-city youth.

This leads to another problem. Since the Turner on display is so rational, we have to assume he has a rational master plan in mind. But of course Parker can’t show this plan because none existed. There was no way that a few dozen slaves armed mainly with farm implements could break clear of an encirclement of hundreds of whites with abundant firepower. I suspect Turner didn’t care. He was beyond rationality. He put himself in the hands of God. But since Parker as an actor can’t convey this religious fury, his hero ends up looking stupid instead of God-possessed.

YET THE FILM has its strong moments and most of these occur precisely when Parker abandons the text of Turner’s confessions and invents from scratch. For instance, Turner’s second master, Samuel Turner, died eight years before the rebellion. But in Parker’s script he lives on to become Nat’s first victim. This is a shrewd stroke of dramatic irony. For we have been shown that as children Nat and Samuel played happily together and that Samuel’s mother, discovering the slave child’s high intelligence, taught him to read with the Bible as a primer. Then she prodded her protégé into becoming a child lay minister before her husband ordered him back into the fields. Inheriting his father’s near-bankrupt estate, the adult Samuel turns Nat into a moneymaker by hiring him out to other planters as a preacher who will pacify potentially rebellious slaves with dulcet sermons. Nat goes along with this for a while but, observing the horrors on several plantations, the pacifier turns into a firebrand. Thus, Nat Turner’s owners contrive their own destruction, first with their preening generosity, later with their greed.

As Samuel Turner, Armie Hammer demonstrates what G. K. Chesterton said of a character in Bleak House: “If flattered or let alone, our kindliest fault can destroy our kindliest virtue. A thing may begin as a very human weakness, and end as a very inhuman weakness.” Samuel’s very human weakness, drunkenness, leads to debt, and debt leads him to the exploitation of his slave, and that exploitation leads to the destruction of himself and many others. This is the most powerful strand in Parker’s script and is well served by Hammer’s performance.

The film has other virtues: cinematography that makes us feel the glistening humidity of a Virginia summer, sinewy dialogue, well-staged battle scenes. But it shirks the irreducible knottiness of the Nat Turner story. I would advise anyone who sees this film to buy or rent Nat Turner: A Troublesome Property, a documentary (including dramatized scenes) by the undervalued African-American director Charles Burnett. This sixty-minute gem, separating the known from the unknown, stares at the inferno of slavery and, unlike The Birth of a Nation, does not blink.