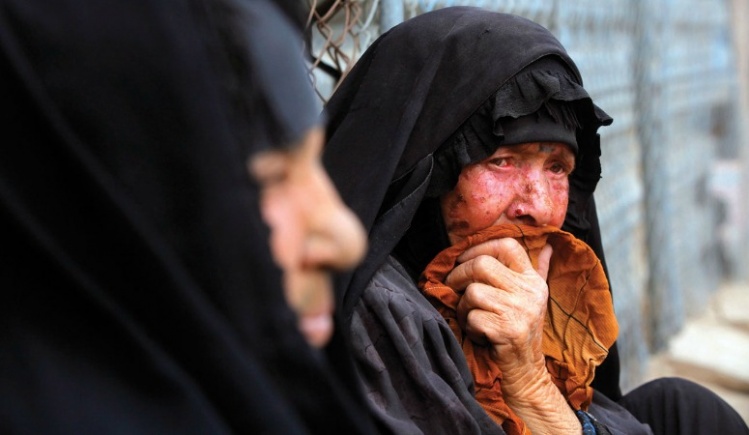 Vladimir Putin and Basher Al Assad, our best of enemies, said they were looking forward to working with Donald Trump. What must they think after his first weeks in the oval office? He has picked fights with President Enrique Peña Nieto of Mexico, Chancellor Angela Merkel of Germany, and Prime Minister Malcolm Turnbull of Australia, three of America’s closest allies. Do Putin and Assad expect kinder, gentler treatment?

Trump’s campaign promises to rebuild the U.S. military, repudiate the Iran nuclear agreement, require NATO members to pay their share, give China what-for on currency and trade (ditto Mexico on immigration and trade), and embrace Putin portend major changes in U.S. foreign policy. So far, he has delivered belligerence to allies and a chaotic rollout of rules banning citizens of seven Muslim-majority countries, including U.S. green-card holders. If the negotiator-in-chief thinks blowing up long-standing relationships and established procedures will reorder the globe to his specifications, he’s in for a surprise.

First, the Trump administration is not inheriting—nor can it create—a tabula rasa; renegotiating current policies and commitments takes time and patience. Second, alliances are embedded in long histories. Some of our alliances have vigilant domestic advocates, and some are plainly tied to U.S. national interest. Third, foreign policy is a balancing act. Allies and enemies alike have economic and political weapons to counter Trump’s threats. They could withdraw from common ventures, terminate intelligence sharing, limit reciprocal privileges as well as impose tariffs. It is wholly predictable that the new president will face roadblocks that the real estate candidate did not expect in promising to build a wall, end NAFTA, and disrupt NATO.

Two new books on U.S. foreign policy could not foresee Trump in charge, yet they present sobering prospects to the dealmaker-in-chief.

J. Kael Weston’s The Mirror Test lays out almost every foreign-policy challenge the United States has faced since 9/11 in Afghanistan, Iraq, and the Middle East—not just militarily but politically, culturally, and economically. We are good at invasions but, as Weston points out, follow-up efforts have entangled us in moral and political chaos. A Foreign Service officer, he was on hand at the UN when Colin Powell made the spurious case for invading Iraq. Then, from 2003 to 2010, Weston was an eyewitness to the outcome. He served as a State Department political advisor on the front lines with the Marines in Iraq and with the army in Afghanistan. His esteem for the military increased as his respect for political leaders diminished. He holds Powell, Cheney, Bush, and, yes, Obama responsible for the deaths of hundreds of thousands—including, by his count, 6,970 Americans.

As a civilian responsible for civil-society projects in military zones, Weston saw the mangled bodies of Marines, the body parts of his translators, and the assassination of Iraqi friends and allies. The carnage infuriated him, above all because he was responsible for some of those deaths. Iraqi officials who signed onto his rebuilding projects were killed for cooperating. He persuaded Marine officers in Falluja to distribute ballots for the 2005 Anbar provincial elections; thirty-one Marines died in a helicopter crash delivering those ballots to Sunnis who never intended to participate in the election.

The Mirror Test is suffused with anger, sadness, regret. Weston’s wandering account ends in the reverie of a pilgrimage back home to the bedsides of the wounded and the graves of the dead. Full of good intentions, Weston charges himself with complicity in the reckless decisions of political leaders. Insight and remorse come too late for the dead and the wounded, but he offers hard-learned lessons for those willing to study them.

In contrast, Anders Fogh Rasmussen’s The Will to Lead is a paean to American hegemony and a plea for more of it. He skips the baleful consequences of U.S. Middle East policy, harking back to the golden years of Cold War containment. He extols the aggressive leadership of Truman, Kennedy, and Reagan, and the willingness of two Bush presidents to fight three wars. Rasmussen implores the United States to abandon Obama’s policy of “leading from behind” and return to serving, as he unabashedly puts it, as “the world’s policeman.”

Rasmussen, a former Danish prime minister (2001-09) and secretary-general of NATO (2009-13), raises his hand in favor of America’s “big stick,” albeit with a soupçon of diplomacy. He selectively invokes the ways the United States shaped global relations and preserved world peace during the long decades of the Cold War (omitting mention of Korea and Vietnam). In recent wars (in the first Gulf war, then in Afghanistan and then in Iraq again), the United States has shown resolve, but sadly failed to follow through and secure the peace. The UN refusal to sanction the U.S. attack on Saddam Hussein’s Iraq notwithstanding, Rasmussen insists that the invasion was legal. Even Hillary Clinton and Trump, backed off their early support for the invasion, with the latter falsely claiming he never supported it at all. But not Rasmussen, who is also deeply disappointed with Obama’s failure to secure Libya after the fall of Gaddafi and to put an end to Assad’s rule in Syria.

It is tempting to read the word “will” in the title of The Will to Lead as “willful,” a blind faith in U.S. military power. And yet, Rasmussen’s worries are real. Once prime minister of a small Scandinavian county and head of NATO during the early days of Ukraine’s crisis with Russia, he understands the military vulnerability of Europe. His plea for the United States to play policeman reflects a keen sense of the EU’s dependence on NATO. He can hardly be optimistic about Trump’s apparent eagerness to make deals with Putin. Yet Rasmussen’s enthusiasm for what could be called American overreach is in stark contrast to Weston’s report and to Obama’s leading from behind. Some might think a humble rethinking of foreign and military policy is in order. Not Rasmussen. And Trump?

If the new president were to read these books, he would find each, in sharply different ways, a challenge to his crusading promise to make America great again. These authors make clear the United States faces difficult choices amid severe constraints: there is no tabula rasa. There will be pushback, and there will be unforeseen consequences.