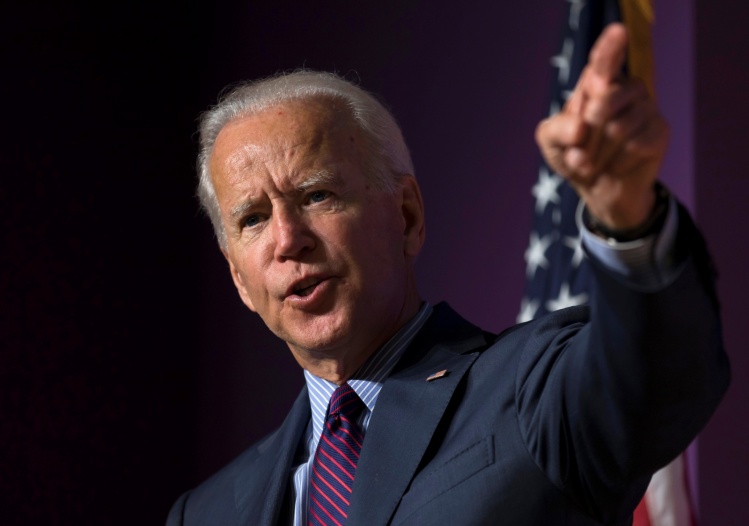 Joseph Biden was elected to the U.S. Senate in 1972 at the age of twenty-nine. Here in 2020, on the likely cusp of his becoming the Democratic presidential nominee, it’s hard to imagine him the same age that Rep. Alexandria Ocasio-Cortez was when she won her first and only race (so far) in 2018. That each deposed a prohibitively favored, vastly better funded, and long-serving incumbent—he in the general, she in a primary that in heavily Democratic New York City essentially served as the general—marks another similarity in their political origin stories. But that’s pretty much where the similarities end. Democratic affiliation is just an unpleasantly inconvenient function of the two-party system. Ocasio-Cortez practically said as much in a January interview: “Oh God," she is reported to have moaned. "In any other country Joe Biden and I would not be in the same party, but in America, we are.”

Ocasio-Cortez, the most prominent office-holding supporter of Bernie Sanders, has already pledged to back Biden against Donald Trump should it come to that, and the hope is she might inspire her boisterously resistant compatriots to do the same. Her promise shouldn’t be all that surprising in light of her 2019 endorsement, for Speaker of the House, of another paragon of the Democratic establishment: Nancy Pelosi. Compromise for the sake of unity is a party tradition, and one she’s proven willing to embrace.

At the age of seventy-seven, Biden can sometimes sound as if he’s speaking from the faintest endpoint of an expanding generational divide.
sharetweet

Of course, “compromise” is a word that has been hung around Biden’s neck by the more uncompromising elements of the left, those less acquainted with and more disdainful of the necessities of pragmatic political negotiation. Joining a movement is different from building a broad coalition. That’s not to say that Biden should get a free pass on all of the many bargains he’s struck. Forty-eight years is a long time to be on the national stage, and the accordingly lengthy record includes bad votes (yea on the Iraq war) and troubling alliances (credit-card and finance companies). At their March 15 debate, perhaps the last debate of the primary campaign, Sanders again took the opportunity to highlight some of these, and more. It’s a line of attack that at this point resonates mainly with his own base. For better or worse, most Democratic voters view Biden’s actions as ancient history. The present is about unseating Trump, and Biden is seen as the more likely to do it.

At the age of seventy-seven, Biden can sometimes sound as if he’s speaking from the faintest endpoint of an expanding generational divide. His post–Super Tuesday praise of the Sanders voters’ “passion,” though clearly offered in good faith, struck some as insensitive to the real anxieties of millions of Americans seeking fundamental change. Voters under the age of forty-five heavily favor Sanders; these are not kids in need of parental validation but adults with legitimate, informed concerns about economic structures, healthcare, and the climate. Yet at the same time, it’s important to look at Biden’s positioning of himself as a transitional figure, a bridge between the Democratic past and future. He seems to know he’s not where the party is headed. But ensuring it at least has the chance to realize some of its increasingly progressive agenda means having a Democrat in the White House—and even more critically, preserving and perhaps building on the gains of the 2018 midterms. Biden has embraced Elizabeth Warren’s bankruptcy reform proposals and Sanders’s call for free tuition at public colleges. He has promised to select a woman as his running mate. Little of this is likely to satisfy those who want a revolution. But as a string of primaries has shown, they're not the majority of Democrats.

Hebdo & PEN, the Archbishop & the Quran