How does his faith matter?
By Paul Baumann
Joe Biden
U.S. Catholicism 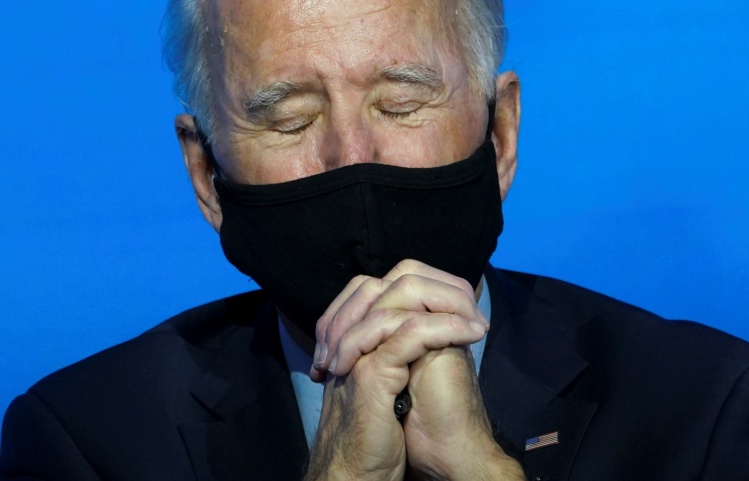 Joe Biden is only the second Catholic to be elected president of the United States. What, if anything, should we make of that fact? Given the nation’s increasing secularism and the consequent attenuation of religious tribalism, I’m not sure we should make much of it. Editors at the National Catholic Reporter disagree. In a recent editorial they named Biden “NCR’s Catholic Newsmaker of the Year,” and expressed a degree of shock that it has been sixty years since John F. Kennedy squeaked into the White House. The editorial presents some good reasons for giving Biden that appellation, as well as a few dubious ones. It begins with the suggestion that “if the United States is still a democracy 100 years from now, it will be, at least in part, thanks” to the president elect. That’s a bold, if hedged, bet and a premature judgment, to say the least. It’s a bit reminiscent of the Nobel Committee awarding its peace prize to Barack Obama during his first year in office. Informed of that honor, Obama famously responded, “For what?”

The case for Biden’s importance, as NCR sees it, has a lot to do with his unselfconscious piety. He’s a “churchgoing, rosary-carrying, prayer-quoting Catholic,” known to attend Mass even on Holy Days of Obligation, something most Catholics no longer do. For these reasons, NCR’s editors deem Biden “the most prominent American Catholic,” and even an “inadvertent evangelizer.” The editorial criticizes his troubling allegiance to the Democratic Party’s “extreme” position on abortion rights, but praises his recognizably Catholic defense of “the human dignity of all and solidarity, especially with the poor and working class.” His greatest political skill, also inspired by his faith, is a gift for “public empathy.” As the country recovers from the Trump presidency and continues to battle the pandemic, “we will now have a gifted public empathizer” in the White House.

Let’s hope Joe Biden has plenty of the combative spirit he so admired in JFK’s uses of political power.
sharetweet

“Public empathizer” is not a campaign slogan many politicians would embrace. To be sure, the presidency plays a symbolic role in American society and culture. “He is the closest thing we have to a living symbol of the nation,” longtime Commonweal columnist John Cogley wrote in 1959 in discussing the historical barriers to electing a Catholic president. “Before the world, he represents the rest of us in a very special way.” Most Americans thought of the country as Protestant, and looked at the largely immigrant and sectarian Catholic community with suspicion. A member of the Roman Catholic Church representing the whole nation was a step beyond what most people could imagine. Kennedy’s 1960 election reflected a dramatic change in the status of Catholics, as they eagerly assimilated into a prosperous and ever more pluralistic postwar American society. Assessing Kennedy’s impact on the nation after his assassination, Cogley wryly noted that the handsome and dashing young president was no Al Smith, the first Catholic nominated for the presidency by a major political party. Smith was defeated in a landslide by Herbert Hoover in 1928, and his loss was largely attributable to anti-Catholicism. Kennedy was “much closer to the enduring Protestant image of the president,” Cogley wrote. “Kennedy is the American Catholic arrivé.... The stereotype of the Irish Catholic politician, the pugnacious, priest-ridden representative of an embittered, embattled minority, simply does not fit the poised, urbane, cosmopolitan young socialite from Harvard.”

Biden’s own political ambitious were inspired by JFK, although his Irish Catholic background is working-class, not patrician. NCR curiously describes Biden as “that guy in the back of the church, whose eyes close at the homily, because he’s either deeply meditating on the explanation of the Scriptures or catching a nap. No one knows but God and him.” Needless to say, that is not an image or posture one would readily associate with JFK.

Some presidents have a natural talent for consoling those in mourning, but it is doubtful Americans first look to presidents as empathizers-in-chief, let alone as drowsy old men napping in church. A president’s first duty is to keep Americans safe, and that requires leadership, political skill, reasoned deliberation, and demonstrable strength. Cogley saw all those qualities in Kennedy’s unsentimental embrace of the rough-and-tumble of politics. It was Kennedy’s public virtues, not his private convictions or sins, that Cogley thought pertinent to any judgment of his presidency. “More than any other leader,” Cogley wrote, Kennedy “rescued the day-by-day politics that makes democracy possible from the disdain in which it had been held in America.” Cogley attributed that disdain to a certain puritanical Protestant moralizing that was misplaced when applied to the political realm. Kennedy had little interest in speculative or theological questions, but his approach to politics was part of an identifiable Catholic tradition, according to Cogley. “To their credit,” he wrote of the often compromised urban Irish American politicians who were Kennedy’s forebears, “it can also be said that they never flinched from political responsibility nor did they think of themselves as less worthy Christians because they had to face up to the consequences of original sin in public life.”

Let’s hope Joe Biden has plenty of the combative spirit he so admired in JFK’s uses of political power. If there is any significance to the election of a second Catholic as president, it will lie in the success of his “day-by-day” transactions in governing, not in his piety, no matter how admirable that may be.