Do We Know How to Value Community?
By Dominic Preziosi
U.S. Catholicism
Spirituality
Architecture 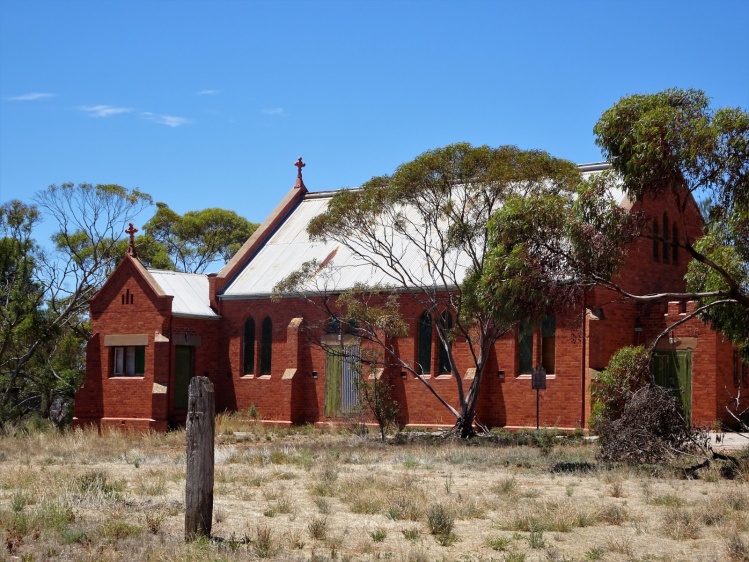 I was in high school when the parish my family belonged to established a mission church in anticipation of development in an area that was then still mostly rural farmland. My parents were on the “task force” that helped launch this offshoot community, which from its first days exhibited the vitality—indeed, sense of mission—necessary for any such endeavor to succeed. Masses were held in the cafeteria of a public middle school. Money was raised to purchase a small vinyl-sided house that would function as rectory and administrative office; its one-car garage would serve as a chapel. Today the mission church is a thriving parish in its own right, with multiple weekend Masses celebrated in a vaulted sanctuary that seats more than four hundred people; a five-thousand-square-foot parish center; and a separate facility for religious education, all situated on a ten-acre site in a winding valley. I know these details mostly from the parish website. My parents have long since left the area, as have I, though old family friends and former classmates still belong to the church and, as these things go, are being buried out of it.

It is easy to romanticize simple beginnings and primitive surroundings. The unheated cafeteria that on Sunday mornings still smelled of Friday’s lunch, the out-of-tune upright piano, the metal chairs that had to be folded and stacked at the conclusion of Mass, even the snow shovels and rakes along the wall of the garage-chapel and the patch of carpet covering the oil stains on its cement floor: all were signifiers in their modest way of the work at hand, though none was so unique on its own that anyone who attends Mass in a church basement or has helped shovel snow in a rectory driveway would find them remarkable. What makes the mundane memorable is the animating spirit of the moment. The young pastor’s shakily earnest sermons, delivered over the lo-fi PA system, were plainly sincere, and the development of his homiletic voice seemed to track our own growing aptitude at wrangling those folding metal chairs following Mass. The dissonant chords of the upright piano were countered by the flawless tenor of the cantor, a young man who was the son of my fifth-grade CCD teacher back in the “mother” parish, herself a figure of continuity in this fledgling church. The cantor’s untimely death just a few years later, and the mourning that accompanied it, seemed to strengthen the bonds of community in a way that even finally securing approval from the diocese to build an actual church did not.

Some contend that rebuilding Notre-Dame will spur a new pride in being Catholic. If that’s what it really comes down to, then God help us.
sharetweet

A few years ago, on a short vacation in the Adirondack region of New York, I went to the single Sunday-morning Mass at the tiny clapboard church on the main street of the nearest town. Out-of-tune upright piano, lo-fi sound system, and ten or so rows of pews—rough-hewn, cramped, and uncomfortable. But it was a lively service, and the white-haired pastor had an unmistakable rapport with his small congregation, who, noticing the stranger in their midst, welcomed me warmly. From my reading of the bulletin I gathered that the pastor was additionally responsible for another church miles through the woods from this one. A few days later I saw a listing in the regional paper of weekend Masses across neighboring counties, one at each of four farflung churches, suggesting the existence of some other circuit-riding priest, whose intrepidness was sure to be tested anew come winter.

I try to seek out small churches whenever I travel. Recently there was the compact, Spanish mission-style building in the high desert of California, white belfry and red tiles visible across miles of cactus fields; a year prior to that, the low-slung adobe-style chapel in the mountains north of Santa Fe, its wide gravel parking lot apparently not as capacious as it looked, given the spot nearest the door reserved with a sign reading “Clergy.” A couple of summers ago, while visiting the region of southern Italy my grandparents emigrated from, we went to the church down in the sparsely populated village. It was scarcely larger than some of the surrounding trulli-style buildings in which the ancients once stored grain. A handful of kids were playing soccer in the dust out front. The building was locked; a sun-bleached notice pinned to the weathered door-frame listed a single Sunday-morning Mass.

You’d like an Andre Dubus or Willa Cather or Georges Bernanos to work with images like these today, to shed light and spur reflection on the elusive and complex nature of things. There’s something to be said for the fiction writer’s method of close portrayal and layered narrative. As it is, we are on the one hand surfeited with media accounts of institutional scandal and in-fighting, and on the other, immersed in an extended period of encomia for the Cathedral of Notre-Dame, the latter now also operating as distraction from and proxy for the former, with attendant ideological overtones. Some contend that rebuilding Notre-Dame will spur a new pride in being Catholic. If that’s what it really comes down to, then God help us. Footage of soaring flames and Parisians singing the words to remembered hymns made for moving, powerful images, but who really thinks that when the rebuilt cathedral reopens it will serve some greater function than it did prior to the fire, except perhaps in how its enhanced appeal to tourists is optimized? (President Emmanuel Macron wants to have everything completed in time for the 2024 Paris Olympics.) What pride has to do with anything anyway is questionable, but additionally for its link in this instance to cardinal cousins like greed, gluttony, and envy—all of which seem to be at play in the unfortunate, hypercompetitive rush to fund reconstruction. Indeed, through the beneficence of billionaires, far more money has been pledged to rebuild the cathedral than is actually needed.

This Easter Sunday, days after the Notre-Dame fire, I attended the next-to-final Mass at a midwestern Carmelite monastery whose aging sisters would soon be moving to a smaller residence. The presider began his homily by quickly contrasting these unrelated developments, one receiving global coverage, the other barely registering in the local news. Why so much attention to a monument of Middle Ages triumphalism that will get rebuilt anyway, he asked, and so little to the circumstances of this shrinking yet still vibrant community? It wasn’t a question to be answered, only for us to consider as he went on to speak about the differing kinds of hope we experience during and beyond the Easter season—quotidian, philosophical, spiritual. The monastery’s garden was visible through a rectangular window behind the small, simple altar: the slender trunk of a silver birch glistening darkly in the cold morning rain, the damp pink blossoms of a Japanese cherry tree. We renewed our baptismal vows and later, when it came time to exchange signs of peace, the sisters fanned out enthusiastically among the four dozen or so gathered, leaving no one untouched. Everyone joined in singing the closing hymn. There was nothing elegiac, much less funereal. It was in the most simple sense a celebration.

This Mass was over in less than an hour; the next and final one would be celebrated a few mornings hence. Would anyone be going? And where might they go on the Sundays to come? Again, questions not meant to be answered in the moment. Reluctant to go out into the rain, less sad about leaving than happy to be there, people lingered at the door, exchanging Easter greetings. The monastery—built in the early 1960s, its chapel later renovated to bring it into harmony with the liturgical reforms of Vatican II—had already been put on the market. As of this writing it awaits a buyer.