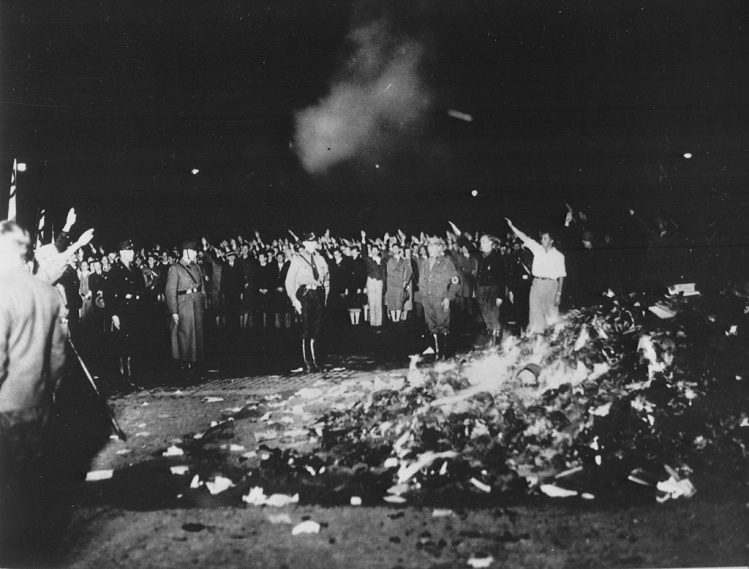 How do democratic countries get to the point where they give up on self-rule? Under what circumstances do demagogues capture large audiences through irrational, emotional appeals unmoored from fact, logic or morality? When do politicians responsible for maintaining a democratic system surrender to dictators?

These questions are more pertinent to us in the early twenty-first century than we would wish. In the 1990s, democracy was thought to be on the march. Now, we worry that the international tide is turning toward autocracy and authoritarianism.

This is why Benjamin Carter Hett’s “The Death of Democracy: Hitler’s Rise to Power and the Downfall of the Weimar Republic” should join your summer reading list.

Hett is a professor of history at Hunter College and the City University of New York Graduate Center. He joins the company of distinguished scholars, notably Richard J. Evans and Ian Kershaw, who have shed light on the social and political forces that brought a murderous regime to life through a democratic system.

But if this is an oft-told tragic tale, Hett’s brisk and lucid study offers compelling new perspectives inspired by current threats to free societies around the world.

“In each era, we see the past differently, according to how we see ourselves and our own experiences,” Hett writes. “One era will notice things about the past that another will not. This is one reason why history is, and has to be, constantly rewritten.”

It is both eerie and enlightening how much of Hett’s account rings true in our time. Consider this declaration from Joseph Goebbels, Hitler’s chief propagandist: “Certainly we want to build a wall, a protective wall.” There is this dolorous observation from the socialist Ernst Toller: “The people are tired of reason, tired of thought and reflection. They ask, what has reason done for us in the last few years, what good have insights and knowledge done us.”

As Hett notes, “The key to understanding why many Germans supported Hitler lies in the Nazis’ rejection of a rational, factual world. ... Hitler could give voice to this flight from reality as could no other German politician of his time.”

German conservatives had no desire to see their country pulverized by war and shrunken in size afterward. But their choices in the 1930s brought about exactly this outcome.
sharetweet

The larger story he tells resonates, too. Hett argues that the Nazi movement was “a response to an overwhelming triumph of global liberal capitalism at the end of the Great War” and that the logic of a chaotic moment “pushed opponents of austerity to become opponents of liberal democracy as well.” The Nazi movement was rooted in anti-Semitism, bigotry and exclusion. But it also exploited economic discontent bred by orthodox economic policies that deepened the pain of the Depression.

And conservatives everywhere should ponder the choices made by the German establishment, including big business, the military, culturally traditional Protestants and big land owners. They all helped bring Hitler to power because they hated the left—including the moderate Social Democrats, the backbone of the Weimar Republic—more than they loved republican government and political freedom.

Hett writes that members of “the conservative establishment ... could have stopped Hitler in his tracks. Instead, they chose to use him, although the Nazi-conservative alliance was always an awkward one.” He notes at another point: “Democracy was not working for them precisely because their interests could not attract the support of a majority, even a large plurality, of voters.”

The politicians and power brokers who helped Hitler become Chancellor believed they could deploy him to destroy the left but also keep him under control. They achieved the first but not the second. The consequences were catastrophic, to those slaughtered in Hitler’s genocide and to Germany as a whole. German conservatives had no desire to see their country pulverized by war and shrunken in size afterward. But their choices in the 1930s brought about exactly this outcome.

There is a reluctance to draw lessons from the Nazi experience because personal comparisons between contemporary politicians and Hitler are always a mistake. Hitler’s crimes are in a category of horror all their own.

But this should not stop us from heeding the warnings of a political era that led to the collapse of freedom in Germany. Seeing it “as the result of a large protest movement colliding with complex patterns of elite self-interest, in a culture increasingly prone to aggressive mythmaking and irrationality ... strips away the exotic and foreign look of swastika banners and goose-stepping Stormtroopers.”

It does, and our task is to prevent this “whole thing” from ever happening again.