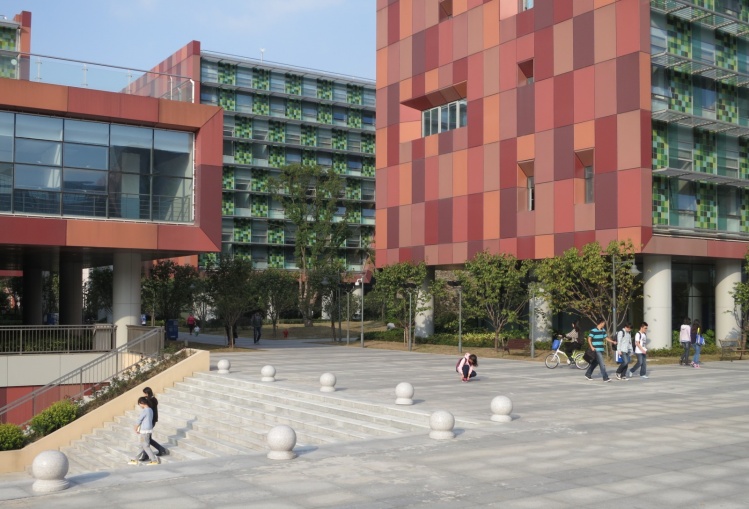 University presidents often indulge in rhetorical flourishes about the importance of reason in the academy and the public square. In his short book Standing for Reason: The University in a Dogmatic Age, John Sexton, recently retired president of New York University, moves beyond such formulaic encomia to offer a clear description of reason in action as a cure for the mindless dogmatism that infects us in the age of Twitter.

Commentators on higher education invariably regard their own intellectual history as general truth. Sexton’s trajectory from Brooklyn Prep to president of the country’s largest private university is, however, unusual in the extreme. How do you start with a 2.1 GPA in college and go anywhere in higher education? There were miraculous turns along the way. No less an eminence than Tim Healy, SJ, chastised Sexton for his miserable college performance: “You have disappointed us.” Fordham University was, however, initiating a new PhD program in religion and needed students. Healy offered Sexton a fellowship.

Having completed his graduate work, Sexton taught religious studies for ten years at St. Francis in Brooklyn (“the small college with big dreams”), ending as chair of the department. A longtime interest in the law led him to apply to law school. He was turned down by all New York law schools, but—another fortuitous intervention—Laurence Tribe, a preeminent scholar of constitutional law, recommended Sexton to Harvard. He was accepted there and the rest unfolds as a plausible path to high office: appointment to NYU Law School, dean, and president.

That, at least, is an external account of Sexton’s career; there is also an internal story that leads directly to his defense of reason. That tale starts with Charlie Wimans, an inspiring lay teacher at Fordham Prep, who suggested that Sexton join the school debate team. Not only was Sexton good at debate, he was named national champion in his senior year. He was so enthusiastic about debate that he offered to coach the debate team at his sister’s high school. Sexton notes that debate “framed the next fifteen years of my life.... [I]t opened my world in unimaginable ways—intellectual, social, even spiritual. It provided the most formidable element of my education.” Debate as Sexton practiced and taught it is a formal process that encapsulates his view of reason in the academy and the public arena. Formal debate begins with a proposition to be defended or attacked. Debaters do not know in advance whether they will be asked to argue the affirmative or negative, so they prepare for both. Debate proceeds through a number of rounds of constructive argument and rebuttal, followed by a determination of the winner by designated judges. Two aspects of formal debate express important rules for rational argument. In-depth study of both sides of an argument assures that any position arrived at recognizes the force of counterarguments and countervailing evidence. The legal world to which Sexton turned exemplifies a pattern of debate. Lawyers must anticipate the arguments of the opposing party while advancing their own case through facts, reasonable conjecture, and rebuttal.

It makes sense to construct a model of reason for higher education on the foundation of debate; indeed, the first universities were built on just such a model. One can argue that the ideological base of university study was contained in Peter Abelard’s Sic et Non (1115–1117). The major difference between formal debate and law on the one hand and the university on the other is that the former have designated judges or juries. Who judges an advance toward truth in the academy? Philosophic pragmatists like John Dewey, rejecting “the quest for certainty,” believed that the ongoing academic disciplines served as continual critique. In the long run arguments would be judged by a consensus of professional scholars. I think Sexton would be happy enough with that view, but he underpins it with Teilhard’s notion of the evolutionary convergence of culture.

Is an American university just another mode of cultural imperialism?
sharetweet

Sexton’s overall narrative starts with high-school debate and ends with examining the clash of cultures in “the global university” or, as he sometimes labels it (with a nod to Vatican II), “the ecumenical university.” Under his leadership, NYU established full-fledged university programs at “portal campuses” in Abu Dhabi and Shanghai. The full range of NYU’s facilities and faculties are potentially available to students who enter a portal campus. Sexton argues that in an economically and politically globalized world, the global university will be the pattern for our leading academic institutions.

Establishing portal campuses in foreign jurisdictions and cultures raises obvious questions. Is an American university just another mode of cultural imperialism? Given the highly selective nature of the student bodies at the portal campuses, does it foster elitism? Will academic freedom be compromised when universities exist in countries where freedom of expression is often curtailed? Will Sexton’s core values of the university tradition—“intellectual integrity, tolerance of difference...willingness to encourage unorthodox ideas...unflagging commitment to the pursuit of truth”—conflict with local culture or politics?

Sexton is confident that these challenges can be met. The global university points toward a “global civil society,” not economic or political hegemony. Students at the NYU portal campuses may be intellectual “elites” but, thanks to generous financial aid, are as likely to come from a remote village as from a cosmopolitan center. Distinguishing as appropriate between academic freedom and the civil right to free speech, Sexton says that the portal-campus classroom is quite open, whatever prudence may be required for those taking positions in the public square. Despite his assurance, I would be wary about this last challenge. Academic freedom is a core value of the modern academy, and while it may be conceptually distinct from the civil right to free speech, the two are not so easily disentangled in practice.

Dogmatism still has its champions, here and abroad.
sharetweet

Although the portal campuses are open to the resources of a world-class research university, Sexton notes that the actual course of study in Abu Dhabi and Shanghai is similar to that of “the most prestigious liberal-arts colleges in the United States.” But there are really two traditions of the liberal arts: the older artes liberales and the so-called “liberal free tradition.” While both traditions use the debate model that Sexton extols, they have differing foundations and purposes. Artes liberales, the core of higher education from ancient Greece until very recent times, trained political and moral leaders to conserve the laws and traditions of the polis. This kind of liberal-arts education placed high value on authority: political and moral wisdom enshrined in classic texts and traditions. The “liberal free” view of the liberal arts is more intellectual than practical, more interested in discovering personal insight than in transmitting a political or moral tradition.

I assume that the liberal arts in the portal campuses are in the liberal free tradition now common in American colleges. The portal campuses reside, however, in states that privilege religious or ideological authority and would, for this reason, seem well suited to the artes liberales tradition. Sunni Islam in Abu Dhabi looks to the Qur’an, Shanghai to Communist orthodoxy. Will liberal free study come to be regarded as frivolous—or, worse, as a political danger? That is how traditionalists in the United States have regarded it, going back to William F. Buckley’s God and Man at Yale and continuing to present-day attacks on the academy by cultural and religious conservatives. Dogmatism still has its champions, here and abroad. 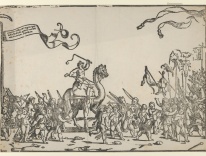