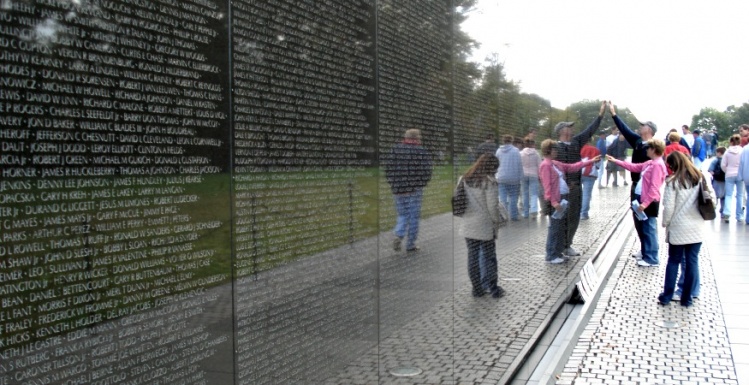 Rudy Giuliani went on an Obama-bashing tear in February. Speaking in Manhattan to an audience of business executives meeting with Republican presidential hopeful Scott Walker, the former New York mayor charged bluntly that “I do not believe that the president loves America... He wasn’t brought up the way you were brought up and I was brought up, through love of this country.” Giuliani went on to assert that “with all our flaws we’re the most exceptional country in the world,” and described himself as “looking for a presidential candidate who can express that.”

A key phrase in this attack—“the most exceptional country in the world”—reveals it as no mere loose-cannon salvo, but an ad hominem thrust aimed at a particular American nerve. What Giuliani is accusing the president of lacking is not patriotism but one particular form of patriotism: the one based on American exceptionalism, the notion that the United States is the greatest nation in history. I’ve never understood the respectability of exceptionalism as a philosophical position. Isn’t there something blatantly indefensible, even silly, about claiming to be the greatest country ever? Anyone who travels abroad inescapably recognizes that every country possesses certain virtues and lacks others—just as people do. Why should it, why should we, be otherwise?

The historian Christian Appy agrees, and has written a book that takes dead aim at American exceptionalism. Appy is a historian of the Vietnam War—his 2003 book, Patriots, was a mammoth oral history of the war—and his new work explores the shock delivered to our system when we, the world’s mightiest nation, were vanquished by an impoverished country of farmers. American Reckoning traces the political and psychological legacy of that defeat; its title suggests both a belated tally and a moment of judgment, even comeuppance.

Appy’s view is that American exceptionalism is an obnoxious and dangerous delusion, and his broadside against it recounts a litany of Vietnam atrocities, beginning on page 2 with military truck drivers playing “gook hockey,” competing to run over the most children. To Appy our war policy was itself an atrocity, from napalm and chemical defoliants to mass forced relocations, carpet bombing, free-fire zones, and body counts. All this plus the massacres at My Lai triggered “a profound national identity crisis,” he argues, and “shattered the central tenet of American national identity—the broad faith that the United States is a unique force for good in he world.” But the faith would be pieced back together. In the aftermath of Vietnam, the political right undertook “a restoration project,” writes Appy, “to rebuild everything they thought the war had destroyed—American power, pride, prestige, and patriotism.”

American Reckoning ranges broadly across political, military, and cultural history, discussing popular songs and novels, TV, even Broadway shows, at one point even asserting that South Pacific—the musical—“prepared the soil for deeper U.S. involvement in Asia by romanticizing the capacity of Americans to reach out peacefully and effectively to grateful Asians.” Appy unearths little-remembered events, like the 1966 protest by a group known as The Napalm Ladies, or Bloody Friday of May 8, 1970, in which construction workers attacked protesters in Manhattan, two days after the shootings at Kent State. He evokes the toxic invective surrounding such emblematic figures as Dr. Spock, the liberal child-raising guru, or Jane Fonda, whose visit to North Vietnam was broadly viewed as treasonous. In the 1968 police crackdown on protesters in Chicago—he notes that a majority of Americans sided with the police—he sees the beginnings of a polarization that divides this nation right up to today. Are we a sainted nation or a sinning one? “By 1970,” Appy writes, “debates about the war had deepened into debates about the very meaning of America.”

The book’s second half moves from recounting the war to assessing the subsequent struggle over its meaning. A chapter called “Victim Nation” outlines the “willful amnesia” that rewrote Vietnam as “a story of American victimhood.” Begun by presidents Ford and Carter, the drive to rebuild American innocence reached its apotheosis with Ronald Reagan and his invocation of “morning again in America.” As Appy penetratingly observes, the Vietnam War Memorial—erected in 1982—cast the war as a crucible of American suffering; “the focus,” he writes, “was on healing, not history.” The problem with healing as a prism for viewing war is that it leads us to honor veterans without debating—or even understanding—the wars we send them into. “[T]he commemoration of vets,” Appy asserts regarding Vietnam, “impeded a critical reexamination of the war.”

THIS BOOK'S INSIGHT is that for nations as for individuals, painful failures can foster introspection, wisdom, and course correction—or denial and willed ignorance. American Reckoning portrays a nation made ignorant by Vietnam. To our victim nation, hostility to the United States, attacks on U.S. personnel or interests, never makes sense, but rather presents “an inexplicable eruption of unprovoked hatred out of nowhere.” Appy believes we have become incapable of linking anti-Americanism in the world to any narrative other than that of unprovoked evil. He notes that the 1979 ordeal of the hostages in Iran and their instant elevation to heroic status upon their release revealed “a powerful need to identify heroes who might serve as symbols of a reconstituted national pride and patriotism.”

Failing to grasp the true lessons of Vietnam, by the 1980s we embraced a number of dubious ones: that our military would have prevailed if allowed to fight without constraint; that the shame of Vietnam was “not the war itself, but America’s failure to embrace its military veterans;” and that recapturing American greatness meant unabashedly exercising our military might once more. So while Vietnam had been fought to bolster America’s reputation abroad—to show the world we were not a “pitiful, helpless giant,” as Nixon fretted—now aggression was necessary to reinvigorate its confidence at home. “It’s a proud day for America,” enthused George H. W. Bush after the 1991 invasion of Iraq, “and, by God, we’ve kicked the Vietnam syndrome once and for all!” Reagan and Bush brought us the obscenity of war as therapy. If American foreign policy is shaped, as Appy cheekily asserts, by “aggressive masculinity,” then Grenada and Iraq 1 were our Viagra.

American Reckoning loses focus in some places, at times becoming a general chronology of U.S. foreign policy down the decades, and elsewhere serving up random social, economic, and racial issues from a grabbag of progressive indictments. But this is by design a rambling kind of book, and it effectively addresses a host of Vietnam-era topics: the power of the domino theory and the relentless refrain of “Who lost China?”; the arrogance, recklessness, and cynicism of the “best and the brightest” who guided our war policy; LBJ’s agonies of doubt; the ugly race politics of Nixon’s Southern Strategy and his appeal to white working-class Democrats. Appy has a way with pithy one-liners—commenting, for instance, that in the exhortations of our Cold-War leaders “the Communist threat to freedom always got more public attention than the Communist threat to profits,” or that our military’s pledges to “win the hearts and minds” of the Vietnamese made it sound as if the troops we were sending “were a well-armed Peace Corps.”

APPY IS A GENIAL presence on the page, but this is a polemical book, and intermittently simmers with outrage—as when it summons Jimmy Carter’s response to a reporter who asked, in 1977, whether we had a moral obligation to help rebuild postwar Vietnam. “Well, the destruction was mutual,” Carter responded; “I don’t feel that we ought to apologize or to castigate ourselves or to assume the status of culpability.” Appy is incredulous. “‘The destruction was mutual’? A small, poor country was pounded with 5 million tons of bombs, while a large, rich country remained physically unscathed; the country of 35 million had some 3 million people killed in the war—a majority of them civilians—while the nation of 200 million people lost about 58,000 of its military troops.” Here and elsewhere he gives full voice to the guilty conscience he believes our leaders suppressed.

American Reckoning shows an American exceptionalism damaged by Vietnam but not destroyed. The restoration project boosted by Reagan was completed by the attacks of September 11; today, 80 percent of us believe that the United States is “the greatest country in the world,” a faith that persists despite the tortures and desecrations in Iraq and Afghanistan. Appy recounts these offenses in lurid detail, then quotes a host of American leaders, ranging from Obama to Hillary Clinton to Defense Secretary Leon Panetta, all declaring, as if reading from the same script, that “This is not who we are.”

But it is who we are, Appy insists. Many readers will argue for less dire readings of American motives and morals, both in Vietnam and today, but Appy leaves no room for them; at best, in his view, we were—and remain—haplessly self-deluded. Significantly, his epigraph quotes a character from the 1974 Vietnam novel, Dog Soldiers, by the late Robert Stone: “We didn’t know who we were till we got here. We thought we were something else.” His view of our nation today is grim, a “mass surveillance state” whose “permanent war machine” deploys drones that wantonly kill children abroad while its citizens embrace a patriotism based on military hero worship.

If there is any hope, he locates it in a different love of country—a critical and dissenting patriotism sparked by Vietnam, then smothered by the jingoistic restoration. It is the patriotism of left-leaning ’60s journalists like I.F. Stone; of Senator William Fulbright, who excoriated his own government for colluding with “corrupt and reactionary military oligarchies;” of Cindy Sheehan, the Iraq vet mom who protested outside George Bush’s Texas home; and of historians such as Chalmers Johnson and Andrew Bacevich, disaffected former believers who argue that heavy-handed projections of U.S. power abroad have estranged us from our best traditions. American Reckoning has a prescription for national psychic health: “to reject—fully and finally—the stubborn insistence that our nation has been a unique and unrivaled force for good in the world.”

Achieving the kind of patriotism this book espouses won’t be easy; much false history will have to be rewritten, and that stubborn insistence on our own unquestioned virtue rooted out. Appy quotes from a plaintive 1972 essay, “The Defeat of America,” by the historian Henry Steele Commager. “Why do we find it so hard to accept this elementary lesson of history,” Commager asked: “that some wars are so deeply immoral that they must be lost, that the war in Vietnam is one of these wars, and that those who resist it are the truest patriots?”