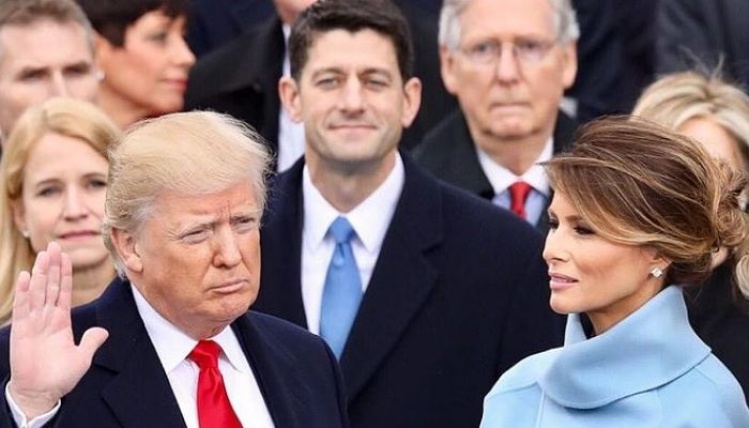 In his new book on New York City’s Bellevue Hospital, David Oshinsky traces the remarkable role of this public, city-run institution in serving the common good. Over the course of three centuries it has given care to everyone brought to its doors, no matter their malady, ethnicity, or ability to pay, while providing unmatched training for medical students (among them, future novelist Walker Percy). Chronically underfunded, typically overcrowded, Bellevue, Oshinsky writes, nevertheless kept its credo intact: “When it came to treating the sick, whatever the circumstances, there was always room for one more.”

Let it stand as a counterexample to the apparent credo of the new administration and its collaborating majority in Congress: When it comes to policymaking, there’s always a chance to help millions fewer. Though Donald Trump in his inaugural address hailed an end to what he bizarrely called “this American carnage,” he may in fact be its herald. The day before he was sworn in, reports surfaced of his plan—modeled on a draft from the conservative Heritage Foundation—to cut $10.5 trillion from the federal budget. The list of potential targets reflects the predictable urges of the modern GOP: the Justice Department’s civil-rights division; programs that provide legal aid for the poor; programs for protecting women from violence; programs for helping women- and minority-owned businesses. Medicare and Social Security, which during the campaign Trump promised to preserve, are not specifically mentioned. But with House Speaker Paul Ryan at last free to inflict his “Better Way” policy agenda on the American people, the fate of these and other safety-net programs, including food stamps, is in doubt. This, of course, comes on top of the first concrete steps taken by congressional Republicans to repeal the Affordable Care Act, the undoing of which could strip 18 million Americans of their health insurance this year and up to 32 million by 2026, according to the nonpartisan Congressional Budget Office. “I think there’s a potential by the August recess for Congress to pass policies that do more to increase poverty and hardship and widen inequality than we’ve seen in half a century,” said Robert Greenstein of the Center on Budget and Policy Priorities, an advocacy group in Washington.

It remains to be seen whether such dire predictions come true. But little reassurance could be found in the confirmation testimony of Trump’s cabinet nominees. Ben Carson, the retired neurosurgeon tapped to oversee Housing and Urban Development, averred that poverty is a lifestyle choice. Education pick Betsy DeVos, whose hostility to public schooling is well documented, obligingly displayed her ignorance of important educational policy debates. Nor did she convince anyone that her ultimate goal isn’t to help private schools at the expense of the public-school system. Tom Price, Trump’s Health and Human Services appointee, faced questions on his alleged use of insider information to purchase stock in a biotechnology company that could benefit from Republican action on health care. These are, of course, just three of the millionaires and billionaires selected for Trump’s cabinet. They share with many of their counterparts in Congress the belief that health care, education, and housing are nothing more than commodities to be delivered by the market, or not at all.

Markets can be useful, but as Catholic social teaching stresses, they are not an absolute good. John Paul II made this clear in the encyclical Centesimus annus, declaring that any market system needs to work first “in the service of human freedom in its totality.” Pope Francis has condemned the “sacralization” of markets. In a January address at the Catholic University of America, San Diego Bishop Robert McElroy cited both popes in exhorting the church to join workers, the poor, and the elderly in countering the “growing imperialism of market mechanisms within American life… [T]his coalition must witness powerfully to the unacceptability of linking vital public benefits to market mechanisms that will inevitably diminish support for the neediest while exempting the wealthy and powerful from the call to sacrifice.” Using such mechanisms, he further warned, “will unleash a series of silent killers all the more invidious because they are aimed at those without power.”

At this moment there is a special imperative to act according to these convictions. The daily sideshow antics of the president should not be a distraction. As Americans and as Catholics, we have a shared obligation to work for the basic well-being of our fellow citizens, especially those most vulnerable to the destructive forces that appear to be arrayed in Washington.