The Church should be a living witness to the truth.
By Rita Ferrone
Election 2020
U.S. Catholicism 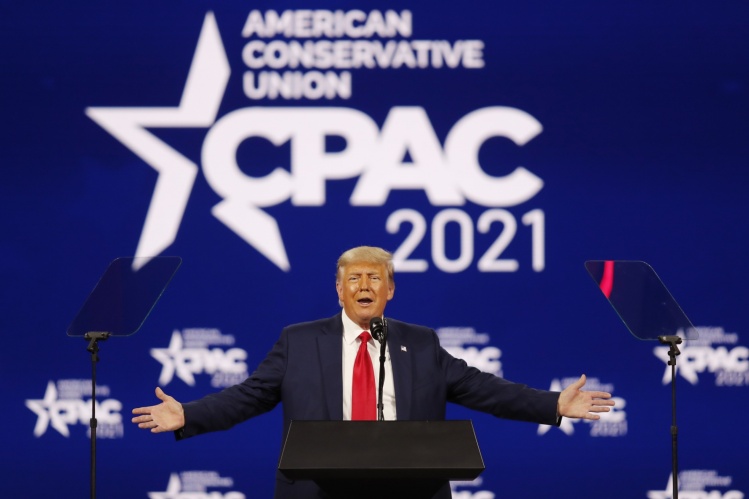 We’re seeing an epidemic of lying in America. In fact, it’s gotten so bad that I wish we would hear more preaching on the Eighth Commandment. You know, the one that tells us not to bear false witness against our neighbor.

The most alarming symptom of this epidemic is the spread of the “Big Lie” that Donald Trump won the 2020 presidential election—a lie he and his political allies continue to propagate. But more fundamentally his whole presidency legitimated and instrumentalized habitual lying as a political tool. The more often lies are circulated, the more distrust grows. In the absence of truth, the door is thrown open to conspiracy theories and fantasy.

The problem is not just Trump lawyers Rudy Giuliani and Sidney Powell pushing baseless claims on television, or MyPillow CEO Mike Lindell making deranged videos that purport to prove voter fraud. It’s also the sinking feeling that we have drifted into a disorienting “post-truth environment” where the difference between fact and fiction no longer matters.

I admit that politics has always been rampant with temptations to spin the facts. But nowadays it has become easy to reach beyond garden-variety exaggeration or prevarication and go for outright lies. It’s the Trump ethos. The more brazen the untruth, the better. When politicians model themselves on Trump, they become impervious to facts. For example, the Washington Post recently reported on a whole string of blatant falsehoods that Madison Cawthorn (R-N.C.) employed during his campaign for Congress. He claimed that he was going to attend the Naval Academy when, in fact, his application had been rejected. He said that he was accepted by Harvard and Princeton; this too was untrue. Did his friend really leave him for dead at the scene of his terrible accident? The friend and the medics who aided him deny it. Beyond flagrant misrepresentations of his own personal history, he also lied about others in order to advance his career. He won votes by using a manipulated video clip of his primary opponent that totally misrepresented her views, then traveled to the southern border of Texas and proclaimed that thousands of American children were being kidnapped by drug cartels and sold as sex slaves, “one of the greatest atrocities I can imagine.” Except that it never happened.

Why does moral opprobrium no longer attach to lying?
sharetweet

Another newcomer to Congress who strives to emulate Trump, Lauren Boebert (R-Colo.), has likewise been called out for telling tall tales. Her oft-repeated account of why she began to carry a firearm is a prime example. A man was “beaten to death” in front of her restaurant, she says, and seeing him victimized so brutally made her feel the need to protect herself. Horrible, right? What really happened, however, was that the man died of a drug overdose in an alley several blocks away. The story earned her three Pinocchios from the Washington Post, and was debunked by the fact-checking website Snopes. She remains unfazed and unrepentant.

Why does moral opprobrium no longer attach to lying? Have we forgotten that bearing false witness is wrong? How could it be possible that Donald Trump lied to the public more than thirty thousand times while in office, yet suffered little or no loss of support from Christian churches—including many of our Catholic bishops and parishioners? You could theorize that his supporters are cynical or gullible, but the fact remains that a serial liar was our president for four years and millions of Americans were prepared to vote for him again as though it didn’t matter.

Such gross mendacity in American public life ought to be cause for alarm. Our bishops and pastors should be losing sleep worrying that their flocks are falling prey to those who would exploit their credulity. And what of the people who have accepted the view that it is fine to defame others if it serves “the cause”? It should bother us that conspiracy theories circulate with such reckless abandon and lives are being jeopardized by disinformation—whether about election fraud, climate change, face masks, or the COVID-19 vaccines. People can die because of lies.

Rarely have we seen the consequences of lying so vividly displayed in a single day as we did during the violent January 6 assault on the Capitol. Precisely because those who attended the rally-turned-insurrection believed the “Big Lie” that Trump’s “landslide” victory was being viciously stolen, they stormed the seat of American democracy, terrorized elected officials and their staffs, killed a police officer, injured many others, and vandalized public property. 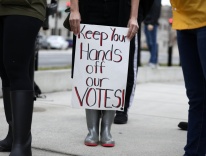