By The Editors
Editorial
From the Archives 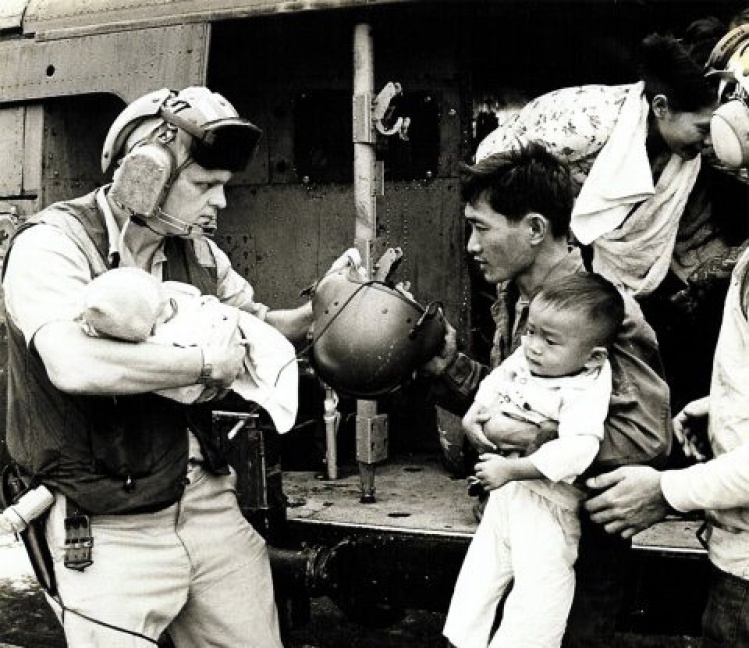 [This editorial was first published in the May 23, 1975 issue of Commonweal]

Twenty years of American military intervention in Vietnam are over. A new and nobler chapter in our history remains to be written.

Noting the end of the war, President Ford appealed for national unity and called for "a great national reconciliation." "I ask all Americans to close ranks," he said, "to avoid recrimination about the past, to look ahead to the many goals we share and to work together on the great tasks that remain to be accomplished." Obviously, there is much to be said for this Ford approach, but there is also a real danger that it means only sweeping our past sins under the rug. Vietnam was a tragic lesson, and it is essential that we learn from it, and that our leaders in the future be men who see the errors of the past. On this score it is not encouraging to note that right up to the last minute Mr. Ford and his Secretary of State continued to blame the Democrats in Congress, the Russians, the Chinese, almost anyone who came to mind for the debacle we suffered. Still unresolved are the implications of the Nixon secret pledges to reintroduce American military power if needed to save the Thieu regime, pledges which may well have contributed to Saigon's fatal overconfidence and failure to negotiate. We do indeed need to formulate new policies in the light of events in Southeast Asia, but this requires less the putting of Vietnam behind us than learning from it.

In this connection it is also not reassuring that President Ford since the end in Vietnam seems to be conceiving of national health primarily in military terms. Thus in his recent remarks at the commissioning of the new nuclear aircraft carrier U.S.S. Nimitz he said: "We are strong, we will continue to be strong . . . . To all, this great ship is visible evidence of our commitment to friends and allies and our capability to maintain these commitments." What about other kinds of commitments? Is the need for more and more military strength really the lesson to be learned from Vietnam? In no sense should this be taken to suggest some kind of American retreat into blind isolationism-- quite the contrary. It does mean to argue that America's role should not be thought of so predominantly in military terms. In recent years the United States made the mistake of thinking that there were no limits to our power, that we could usefully intervene with military and diplomatic strength here, there and everywhere. We know now that this is not so, but this knowledge does not mean that we should pursue only domestic goals while we let the rest of the world go hang. Nations too have moral responsibilities, and great nations more than most.

To begin with, right now we have responsibilities toward Vietnam and the Vietnamese people. We cannot simply walk away from them. This is true of the country we helped to destroy as well as the refugees. At this point the future path of the victors in Vietnam is clouded in doubt. Nonetheless, the United States should be thinking in terms of a positive approach to the new regime. If we can live in peace with the Soviet Union and Communist China, can we not do the same with Vietnam? The devastation in that land is great, and United States power played a great role in bringing that ruin about. Should we not now think in terms of humanitarian aid to the poor Vietnamese people, regardless of what we think of the regime under which they live? And might not such an approach prove more effective simply as a foreign policy move than our previous policy of military intervention?

As for the Vietnamese refugees in this country, there should be no question of our national duty in their regard. How shamed one must feel at newspaper reports of widespread hostility toward the refugees since they have arrived in this country. One can put the matter in the best light possible, citing high unemployment rates, worries about the future and the like, but such an attitude of rejection is morally repulsive. Even if one left aside our national part in creating the refugees--which cannot be done-- what has become of the American tradition of openness to those in need? This country has always accepted immigrants, and most recently took in 700,000 Cuban refugees from Castro and successfully assimilated them, as indeed we have always assimilated newcomers in our 200-year national history. The Vietnamese who have arrived in the U.S. represent a fraction of one percent of our national work force, and many of them have relatives here to help them. If we fail in our duty to them, it will only compound our national shame. Much as some Americans would like to close the book on Vietnam once and for all, we have moral responsibilities to that nation and to its people which we cannot ignore.

Tags
Editorial
From the Archives