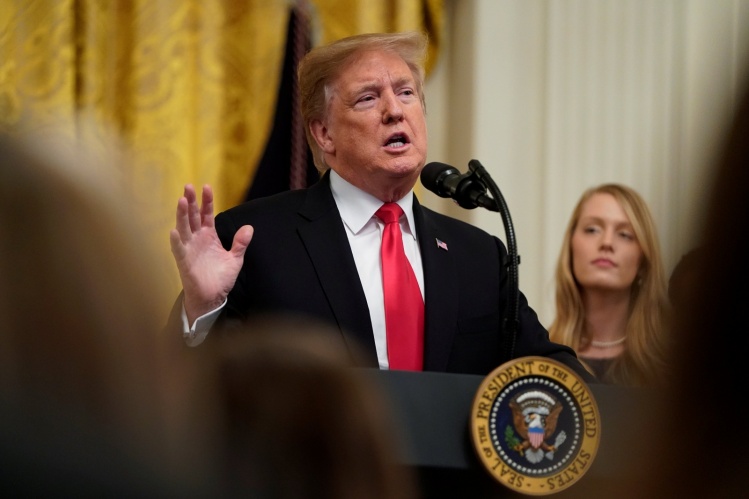 Sean Hannity was asking Rudolph Giuliani to imagine the danger of electing a president who’d be vulnerable to Russian blackmail: “Vladimir comes to the White House, dumps all the emails on her desk that would prove her guilt that she, in fact, did have classified information on there?”

It was August 18, 2015, two months into Donald Trump’s presidential campaign, and the Fox News fog machine was steaming up viewers against Hillary Clinton.

“Yeah, and maybe could lead to the impeachment of an American president. Scary, after she gets elected,” Giuliani replied. “This woman should be the subject of a criminal investigation. She should be in front of a grand jury. These questions…should be asked by a federal prosecutor where an answer is demanded.”

Trump is fortunate to have faced a fair-minded investigator, special counsel Robert Mueller, whose April 18 report gave the president as soft a landing as the facts allowed. Had Mueller applied the prosecutorial standards that Giuliani advocated for Clinton, the result would have been much more damaging for Trump. For starters, Mueller would have insisted that Trump testify under oath, the supposed “perjury trap.”

Had Mueller followed the Giuliani standard, his analysis of potential obstruction of justice on Trump’s part would have been even more severe. In considering obstruction, Mueller gave great weight to his finding that Trump and others in his campaign were not implicated in the central allegation he was investigating: Russian hacking aimed at giving Trump an edge in the 2016 presidential election. In other words, there would be less incentive to obstruct an investigation if there was no crime to cover up. Giuliani, on the other hand, urged that Clinton be treated like Martha Stewart, who was accused of lying to an FBI agent investigating allegations of insider trading, but not the offense that was under investigation, insider trading.

For Barr to assume the role of ultimate arbiter in the Trump probe after prejudging the situation so blatantly is a sign that he may, indeed, be the Roy Cohn the president has been looking for.
sharetweet

The Mueller report shows what a mistake it would be to treat Giuliani’s calls to prosecute Trump’s political opponent as campaign rhetoric, a defense lawyer’s manufactured outrage, or as the nostalgic musings of a man recalling his glory days in the 1980s, when he was seen as the country’s top prosecutor and admired for his integrity. As the New York Times reported, Mueller disclosed how persistent Trump has been about using the levers of power to prosecute Clinton for allegations that have already been investigated. Michael S. Schmidt wrote that “it shows Mr. Trump trying to wield the power of law enforcement to target a political rival, a step that no president since Richard M. Nixon is known to have taken.”

It’s one example among many of how Trump tried to manipulate the Justice Department for his own personal benefit. If Clinton were charged, it would give credence to accusations that she’d initially been cleared because FBI officials were politically biased against Trump. A report from the Justice Department’s inspector general closely examined these accusations, especially anti-Trump comments exchanged in emails between two high-ranking officials, Peter Strzok and Lisa Page. The inspector general was critical of the two officials, but found that their views did not influence the 2016 decision to clear Clinton. “We found no evidence that the conclusions by Department prosecutors were affected by bias or other improper considerations; rather, we determined that they were based on the prosecutors’ assessment of the facts, the law, and past Department practices,” the June 2018 report stated.

The Justice Department had determined not to bring charges against Clinton for her mishandling of classified emails while Secretary of State largely because it found a lack of criminal intent. Mueller wrestled with similar concerns in his investigation of Trump.

Lack of criminal intent was important to his finding that no one in the Trump campaign conspired with the Russian intelligence operation to hack into Democratic Party computers during the 2016 presidential race. For example, the Mueller report did not dispute Trump’s explanation that his notorious comment—“Russia, if you’re listening, I hope you’re able to find the 30,000 emails that are missing”—was meant as sarcasm, not a call for Russian intelligence to help him by hacking into Clinton’s private email. Nevertheless, as the report noted, “within approximately five hours of Trump’s statement,” officers of the Main Intelligence Directorate of the General Staff of the Russian Army, the GRU, “targeted for the first time Clinton’s personal office.” The GRU’s Unit 26165 sent malicious links to fifteen email accounts that were not public but which, for unexplained reasons, the Russian army unit knew about.

But the result was much different for the investigation into obstruction of justice; Mueller concluded there was sufficient evidence to charge Trump for his various efforts to stop the special counsel’s investigation, for telling White House counsel Donald McGahn to create a false record, and for trying to intimidate his one-time personal lawyer Michael Cohen out of testifying truthfully.

It appears that only Mueller’s deep sense of fairness—he didn’t want to bring charges against Trump that could not be tried in court—protected the president from a clear-cut accusation of obstruction of justice. This is where a 2000 Justice Department Office of Legal Counsel opinion barring criminal prosecution of a president (affirming a Watergate-related ruling from the agency) cast its shadow.

Mueller, who like Giuliani is a former chief of the Justice Department’s Criminal Division, sought guidance in the department’s official manual. The first step in deciding whether to prosecute, it says, is to consider whether the conduct “constitutes a federal offense.”

But by accepting the 2000 legal opinion, Mueller’s options were very much limited. “We determined not to apply an approach that could potentially result in a judgment that the President committed crimes,” Mueller’s report says. “Fairness concerns counseled against potentially reaching that judgment when no charges can be brought.” That is, it would be unfair to accuse a defendant who could not be brought to trial. Those concerns were magnified in the case of a sitting president, Mueller concluded, even if an accusation were to be made in a sealed report rather than in an indictment.

Attorney General William Barr was not so shy about reaching a conclusion, although his determination that there was no obstruction of justice is contrary to the facts Mueller gathered. But long before, Barr had already concluded in a June 2018 memo to the Justice Department that Mueller’s interpretation of the most applicable obstruction statute “would do lasting damage to the Presidency and the administration of law.”

For Barr to assume the role of ultimate arbiter in the Trump probe after prejudging the situation so blatantly is a sign that he may, indeed, be the Roy Cohn the president has been looking for. Barr added to that perception by making remarks before Congress about investigating U.S. government “spying” on the Trump campaign, fueling the #Spygate conspiracy theorists, including Trump, who insist that those who investigated Trump be investigated and prosecuted themselves.

Like Giuliani, Barr is enabling Trump to continue the kind of criminally inclined conduct that is detailed in the Mueller report. Meanwhile, Trump took to Hannity on April 25 to continue the bombast. “I think it’s far bigger than Watergate,” he told Hannity.  “I think it’s possibly the biggest scandal in political history in this country, maybe beyond political.”