After the Gun Show 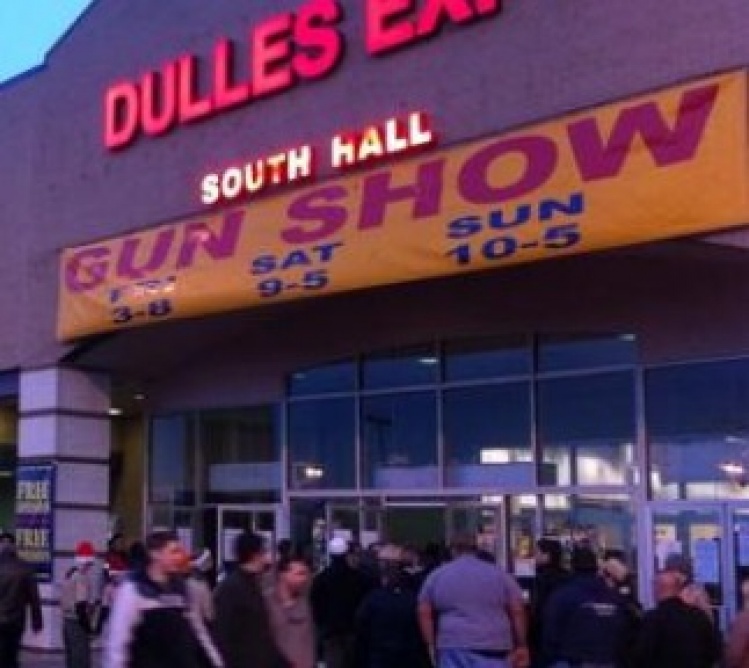 I was a young Episcopal seminarian in the 1960s and in the spirit of Martin Luther King could often be found on picket lines marching in support of the social justice issues of the time. In the ensuing decades, while serving as commissioner of the Massachusetts Department of Youth Services, U.S. commissioner of the Administration for Children, Youth and Families, and president of the National Crime Prevention Council, I had the good fortune of being in positions where I could try to make better lives for youths and adults, and help improve the quality of life in their communities.

But my credentials seemed to mean little after the horror in Newtown, Connecticut.

My first response to the shooting was as a grandparent. On Christmas Eve I put together a toy grocery-store stand for my grandchild, my eyes teary as I thought about Newtown parents who would not be opening boxes, assembling bikes and castles, anticipating shouts of joy for Christmas.

Soon after the shootings, the Washington Post reported that the Nation's Gun Show at the Dulles Expo Center in Chantilly, Virginia, would set attendance records. Here we were, mourning the slaughter of innocents, while yet more guns were about to enter our neighborhoods, and maybe our malls, movie theaters, and schools. The thought of picketing hadn’t crossed my mind in forty-five years. But now I had to act. I drove to the gun show.

The traffic was backed up almost three miles on the main highway to the convention center. I exited a bit early and walked to the site. Gun show attendees waiting to get in stood two and three abreast in a line wrapping all the way around the cavernous facility; news media estimates put the size of the crowd at roughly five thousand. The group I was picketing with numbered about twenty-five, including a Vietnam vet in combat fatigues; he knew the damage firearms could do. We also had a young mother of three, one of whose daughters had witnessed a shooting; a number of women in their fifties and sixties; and five men of more or less the same age.

The crowd for the gun show was overwhelmingly male, ranging in age from late twenties to late forties. I saw five women: one with a baby, and four older ones, one of whom was black. I counted four black males.

That our small group was ridiculously outnumbered didn’t really scare me, maybe because the crowd seemed to find us irrelevant. But I did feel uncomfortably out of place, and less than clear about what my presence might mean or accomplish.

We set out along the edge of the street, going in the opposite direction of the line and facing attendees head-on, which gave us ample opportunity for personal interaction. Some of it was civil, even warm, especially when our vet was addressed: “Hey man, I’m not going the assault weapon route. Just a few guns for hunting.” A few people took pictures of us with their cell phones, saying, “Smile for us, you weirdos.” But we also got some red-faced rants and a lot of verbal venom: “Commies!” “Go home, you wimps!” “You're ruining America!” One guy holding a large picture of an assault weapon announced, “I'm buying one today, and I may set it up here in front of you.” Another said, “It's up to us to protect kids. If there hadn’t been good guys with guns, 20 more kids would have been killed in Connecticut.”

I sensed a lot of fear in that line, perhaps arising from their conviction that a way of life was being threatened. Many of the attendees were themselves vets, guys who’d served and maybe spilled blood for our country. They seemed to feel as if they were being unjustly accused in the deaths of children, when what guns had always meant to them was protecting home and family.

Having spent my adulthood negotiating policies and programs, I have always sought common ground. But I knew it would not be found in this setting. My heart was heavy; I simply could not abide the notion of an “other side,” that somehow we are so different that we cannot bridge gaps. (Had I completely forgotten how starkly and often dangerously opposed were the factions during the Civil Rights era?)

So we left the line, walking back. Some of us felt we’d made our statement; the media had filmed and interviewed our group’s leaders. Then, two law enforcement officers, handling us with great civility, told us we really had to get out of the street and onto private property or we'd be arrested. I said to one, “Officer, I work with law enforcement in cities all over the country. Some of the colleagues that I most admire are law enforcement officers, the men and women who put their lives on the line every day. I'm here because of assault weapon and cop-killer bullets.” He responded, “Sir, I'm with you. I agree with your position. But if you don’t get out of the street, we’re going to have to arrest you.” I suggested that we get in the line, and we did, slowly shuffling along with the show attendees for a few minutes. We soon realized that my suggestion was not very helpful: we were being seen by only a few people, and the same ones at that.

I felt not just irrelevant at that point, but convinced of my ineffectiveness. Not a good feeling at all. I wondered how I could change that. Then I realized that every one of us must act, that to be effective we each must choose to do something.

Sandy Phillips, whose daughter died in the Aurora, Colorado, movie theater shooting last summer, said in a recent briefing held by the Brady Campaign to Prevent Gun Violence that “we are now at a point in the country that none of us can stay quiet. We need to take a stand.” Phillips was talking to all of us; we each must choose the arena where we refuse to be “quiet.” To do this, it might be helpful to think in concentric circles: what can we do at home, or in our communities, or on the state and national policy levels? Each one of us can and must choose where and how to act, no matter how.

Vice President Biden’s gun-violence task force and several major national groups seem to be coalescing around four major policy changes: banning assault weapons and high-capacity magazine clips; performing rigorous background checks on all who would purchase weapons; closing gun show loopholes to ensure background checks on all prospective purchasers; and tracking movement and sale of weapons through a national data base. We must also support comprehensive policies aimed at changing the culture of violence, policies that blend prevention, intervention, enforcement, and the integration of returning offenders back into the community. As part of a group advising the vice president’s task force on Friday, January 11, I was asked to help identify strategies that citizens, private foundations, and not-for-profit and faith communities might undertake.

Of course, many anxious parents simply want to know what they can do now to protect their kids. The first step is to engage the issue, making discussions about the dangers of guns in the home as normal as those about not smoking or always using seat belts. Social norms can change. Parents can talk with friends and families about whose houses their kids go to, asking whether or not a gun is in the home, and if so, whether it is safely stored. Concern about protecting children should outweigh discomfort about the question. Parents can monitor the content of video games and movies for excessive violence, while remembering it’s the presence of loving parents in the first place that really counts. They can also help children develop skills that establish positive alternatives to violence.

Moving from home and neighborhood to the larger community, some might wish to explore how local gun shows are licensed, find out what stores are selling what types of guns, and put the issue on the meeting agendas of their city councils. (The very presence of guns makes a difference: On December 14, the same day Adam Lanza used his semi-automatic weapon to slaughter 20 children and 6 adults in Newtown, a man in China slashed 22 kids with a knife; none died.)

Some might opt for public witness, joining marches in the nation’s capital and in communities across the country. All might find inspiration in the words of the towering 20th century theologian Abraham Heschel, who said after marching in Selma, "I felt my legs were praying." Heschel reminded us about Leviticus 19:15 in his book Moral Grandeur and Spiritual Audacity: “Thou shalt not stand idly by the blood of thy neighbor.”

We cannot stand idly by. Each of us must figure out which route to take. Whichever one we choose, we can act--we must act--to stop the bloodshed.

Jack Calhoun directs the 13-California City Gang Prevention Network for the National League of Cities, and serves as Senior Consultant to the U.S. Department of Justice for its National Forum to Prevent Youth Violence. He is the author of <i>Hope Matters: The Untold Story of How Faith Works in America</i>, and writes at www.hopematters.org.