The Call of Transcendence
By Mary C. Boys
Books 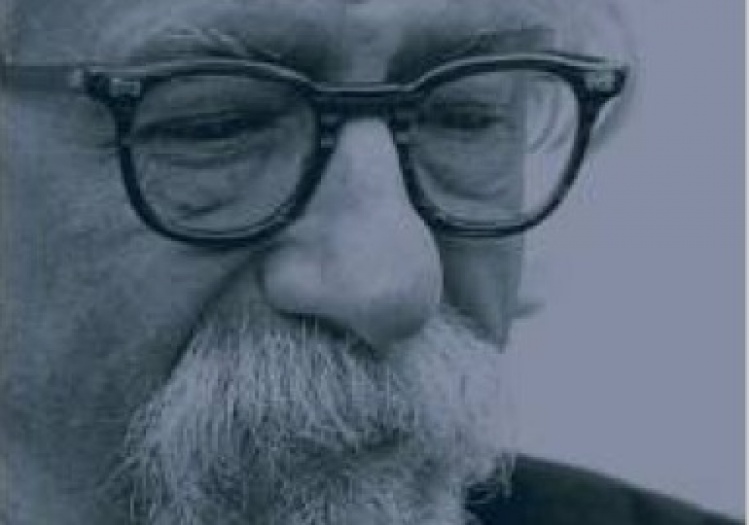 Rabbi Abraham Joshua Heschel (1907–72) was one of the most eloquent religious figures of the twentieth century—a “jeweler of words,” in the estimation of one colleague. Prolific both as a scholar and as a devotional writer, he left work that continues to circulate widely within Jewish circles and beyond. A political activist, Heschel participated in the Selma Civil Rights March in 1965. (There is an iconic photo of him alongside Martin Luther King Jr., John Lewis, and Ralph Abernathy.) Heschel viewed the march itself as a mode of worship: “I felt my legs were praying,” he recalled later. In 1965 he was one of the founding members of Clergy and Laity Concerned About Vietnam.

Heschel played a key role in many interreligious initiatives. Among his Catholic friends were Jesuits Gustav Weigel and John Courtney Murray, as well as Trappist monk Thomas Merton. Yet his friendships with such influential Catholic figures did not preclude criticism, most notably when he intervened in the drafting of Nostra Aetate at Vatican II. A draft of the document asserted that “the church expects in unshakable faith and with ardent desire...the union of the Jewish people with the church.” In response, Heschel sent a statement to council participants, declaring himself “ready to go to Auschwitz any time, if faced with the alternative of conversion or death.”

Jewish education, Heschel once observed, did not need “text-books” so much as it needed “text-people,” and his own writings, while reflective of his deep theological learning, nonetheless seemed intended primarily to elicit a personal response to God’s deep care for humanity. His passion lay in forming “text-people.” He is an evocative writer, and the poetry of his theology captivates his readers—and complicates any systematic analysis.

In his brilliant book Abraham Joshua Heschel: The Call of Transcendence, Shai Held explicates this poet-theologian’s thought with sensitivity and insight. Deeply immersed in Heschel’s work, he offers a sympathetic yet critical perspective on this “spiritual radical” (the title of the second volume of Edward Kaplan’s earlier biography of Heschel). Held argues that self-transcendence constitutes the unifying theme in Heschel’s work. In contrast to the God portrayed in Greek mythology, the self-transcendent God of the Bible is concerned about humankind, neither “detached from nor indifferent to our joys and griefs.” This divine concern is “transitive,” directed outward. God is afflicted by human evil; God suffers both on account of human indifference and with humans; God experiences “relational vulnerability.” Held wrestles with Heschel’s rejection of divine omnipotence and his embrace of the idea that God is self-limiting, an idea he summarizes thus: “God chooses to surrender his power in order that his merciful presence may be manifest more clearly.”

Humans, in contrast, are more self-absorbed and thus more likely to misuse power. God summons humankind to resist indifference—the root of sin—and to move from fixation on the needs of the self to concern for God and for others. His transitive concern means seeking covenantal partners who will transcend their egocentricity and “be in travail with God’s dreams and designs…reflecting His wisdom, justice, and compassion.”

Heschel saw self-transcendence, Held explains, as based in wonder, while self-assertion rests on the will to dominate. Wonder opens humans to a sense that something is being asked of us, that we are compelled by something other than the self. Religion, then, is grounded not in human claims about God, but rather in the claims God makes on us. Indifference to wonder, to God, and to the other are inextricably linked, and present an obstacle to our becoming fully human.

Held selects certain key figures as interlocutors in unfolding Heschel’s way of doing theology. Jewish thinkers, of course, play a prominent role, whether modern thinkers such as Martin Buber, Jacob Petuchowski, and Mordecai Kap-lan, or the ancient schools of rabbinic thought led by Rabbi Akiva, who inspired Heschel’s understanding of a God of pathos, and Rabbi Ishmael, whose stress on humanity’s ethical obligations is mirrored in Heschel’s commitments to social justice.

Other notable interlocutors are modern and Christian. As dialectical theologians, Karl Barth and Emil Brunner contrast sharply with Heschel; Held views Karl Rahner as a more kindred spirit, albeit less straightforward. Heschel’s thinking also bears some similarity to Paul Tillich’s correlational method. But Heschel had a much stronger quarrel with modernity than did Tillich. In his view, our contemporary world no longer seems interested in the kind of ultimate questions answered by revelation. Held also compares Heschel’s insights on prayer with those of Evelyn Underhill and Thomas Merton; he finds Underhill’s later work, focused on worship rather than mysticism, resonant with Heschel’s spirituality. For him formal liturgy is a “higher form of silence,” in which the individual’s will and desires are subordinated to the “consecrated words of the tradition.”

Held’s high regard for his subject does not preclude criticism. Heschel, he claims, was not above using the “hammer of hyperbole” when insisting that everyone is shaken by the eternal, and that no denial of God’s existence could be regarded as honest; he seems to have shared Flannery O’Connor’s sense that “to the hard of hearing you shout, and for the almost-blind you draw large and startling figures.” Heschel failed to recognize how deeply he was shaped by his own cultural and religious context. If he was not quite the ecumenical theologian he understood himself to be, Held nonetheless regards him as offering a “profoundly learned and often startlingly eloquent ‘thick description’ of what Jewish faith looks like from the inside.” And while Heschel’s understanding of the historical-critical method of biblical interpretation allowed him to move beyond the traditional notion that Moses was the author of the first five books of the Hebrew Scriptures, he never came to accept that the Bible was written by multiple authors with varying theological perspectives. Finally, he showed little sympathy for those who failed to embrace his view of the importance of biblical revelation.

In a number of places, Held wrestles with the difficulty of interpreting this highly intuitive thinker, observing that “here Heschel seems to be saying”—an epistemological humility appropriate to the poetic nature of Heschel’s prose. Held ably balances a lucid narrative with a detailed scrutiny; his book’s extensive endnotes reveal a broad array of sources and commentary. While his knowledge of the scholarly literature is daunting, the depth of his immersion in Heschel’s thought—and the clarity of his argumentation—offer a steady guide.

Held notes in his acknowledgements that his book began as a dissertation—surprising, given the maturity of thought evident throughout. The Call of Transcendence is testimony to many years of pondering and teaching Heschel. Held proves himself an inspired teacher.

Mary C. Boys is the Skinner and McAlpin Professor of Practical Theology at Union Theological Seminary in New York City, and author of the forthcoming <i>Redeeming Our Sacred Story: The Death of Jesus and Relations between Jews and Christians</i> (Paulist Press).