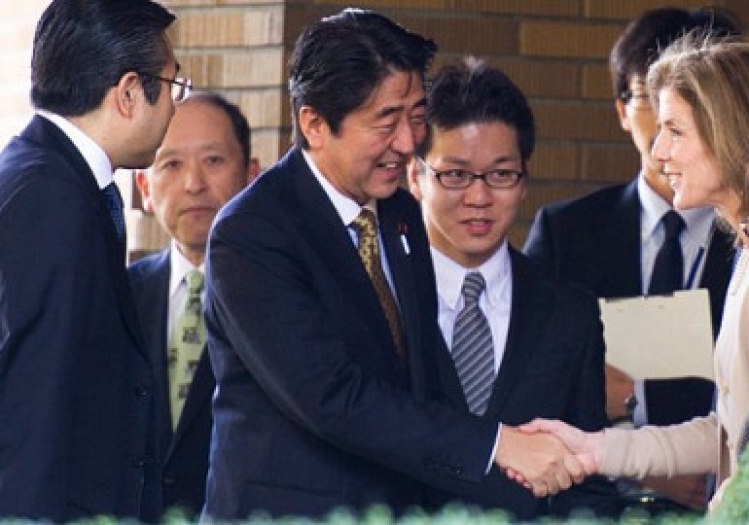 "Even the heart free / Of all longing for this world / Is moved to sadness, / When in the autumn twilight / The snipe rises from the marsh.” So wrote Sato Norikyo (1118–90), who at the age of twenty-two abandoned the Heian court and his position as a Palace Guard to become a Buddhist monk, taking the name Saigyo. The pensive mood of his poetry no doubt reflects the turbulent times in which he lived. Power had passed from the refined but effete nobility to the ruthlessly competing warrior clans, their struggle culminating, five years before the poet’s death, in the triumph of the Minamoto (Genji) over the Taira (Heike) in a famous sea battle off the coast of southern Japan and the drowning of six-year-old Emperor Antoku.

Political transitions in Japan today are far more peaceful, but something of the spirit of Saigyo and of his fellow monks remains. In the wake of the earthquake and tsunami of March 11, 2011, there is, to be sure, the ubiquitous slogan Nihon ganbare (“Carry on, Japan!”), along with the Chinese character read kizuna (“the ties that bind”). But the Japanese are an old people, both historically and demographically, and the youthful cry of “Yes, we can!” fits neither their character nor their culture.

In late 2012, fifty-nine-year-old Shinzo Abe returned to power, having previously served as the youngest postwar prime minister from 2006 to 2007, before abruptly resigning for reasons of poor health and low popularity. When his two successors floundered, Japan appeared to be on the verge of a genuine two-party system: the voters turned for the first time to the Democratic Party of Japan. The experiment was, however, short-lived: disillusioned with three DPJ prime ministers, they have given Abe a second chance. Vowing to pull the nation out of the economic doldrums, he has managed to maintain the support of a still wary public.

Like his father and paternal grandfather before him, Abe began his political career as a representative of Yamaguchi, the southernmost prefecture on Japan’s main island of Honshu, where his family had long prospered as both landlords and brewers. His maternal grandfather and great-uncle were both prime ministers; his father was postwar Japan’s longest-serving foreign minister. Though arguably born with silver chopsticks in his mouth, Abe has had to struggle to prove himself. His father, Shintaro Abe, was admitted to Tokyo Imperial University before even finishing secondary school, only to find himself drafted into the Imperial Navy in the midst of the Second World War. He eventually completed his studies in 1949, with Japan still under the Occupation. Defying his father-in-law, then Prime Minister Nobusuke Kishi, Shintaro Abe ran for office and was elected to the Diet at the tender age of thirty-four.

The younger Abe graduated from Seikei University, a much less prestigious private university on the outskirts of Tokyo, before studying for a time at the University of Southern California and then working in the steel industry and various government positions. Two years after Shintaro Abe’s death in 1991, Shinzo Abe won the seat that both his father and his paternal grandfather had held. His efforts on behalf of Japanese citizens abducted by North Korea during the late 1970s and early ’80s were a major factor in his rise to prominence; he faced not only fierce denials from the North Korean regime and the Japan Socialist Party but also the foot-dragging of the notoriously self-protective Ministry of Foreign Affairs. It was only in 2002 that the North Koreans finally admitted that Japanese citizens had indeed been kidnapped.

Abe’s economic policies, quickly labeled “Abenomics,” call for a lower yen as part of an effort to end deflation, Japan’s own version of stimulus packages, and deregulation as a means to spur economic growth. Abe has wasted no time with the first of these policies. The U.S. dollar, which at one point in 2011 fell to 75 yen, is now fluctuating between 101 and 103. That has been good news for exporters such as Toyota but mixed news at best for importers and budget-conscious housewives. In early autumn, Abe confirmed the government’s intention to raise the consumption tax, currently 5 percent, to 8 percent. The change is scheduled to take effect this month. Most Japanese seem to have accepted the government’s argument that this move is necessary because of Japan’s internal debts and the cost of supporting a rapidly aging population. The phrase one hears again and again is shi-kata-ga-nai (“it can’t be helped”). But the Japanese left remains adamantly opposed to the tax hike, insisting that the revenues are most likely to be used for pork-barrel public-works projects, not the ailing welfare system.

There is more controversy over the Abe government’s support for the free-trade agreement known as the Trans-Pacific Partnership (TPP), now being negotiated by Australia, Brunei, Chile, Canada, Japan, Malaysia, Mexico, New Zealand, Peru, Singapore, the United States, and Vietnam. Japan’s farmers, who have been staunch supporters of Abe’s Liberal Democratic Party, are opposed to the proposed agreement. So is Japan’s overwhelmingly urban Communist Party. Both the farmers and the Communists fear that TPP’s chief beneficiary will be the United States and that the long-term result will be further cultural homogenization and loss of national sovereignty. For those Japanese who support the agreement, two major attractions are tariff-free automobile exports and cheaper imports of liquid natural gas.

Abe is commonly described in the foreign media as a neonationalist. He has dabbled in revisionist thinking about Japan’s militarist past, called for revision of the constitution to allow Japan to have an official military force, and insisted on Japan’s territorial claims in the face of challenges from both China and South Korea. Overriding fierce resistance from the opposition in the Japanese Diet, the ruling party passed the tokutei-himitsu-hogo-hōan, the Special Intelligence Protection Bill. The day after Christmas, Abe marked his first year in office by paying an official visit to the controversial Yasukuni Shrine—it was the first time a prime minister had done so since 2006. Though he insisted that he was not there to “pay homage to war criminals” and that Japan must never again resort to arms, China and South Korea both reacted angrily. The Obama administration, already cool toward Abe, has expressed its “disappointment” with Japan’s new assertiveness. But doubts about the ultimate reliability of the United States as Japan’s protector have led hardliners to reason that they have nothing to lose: Doku wo kurawaba, sara made (“If one must take poison, one might as well eat the dish as well.”) Still, there are no signs that the Japanese people as a whole are in any mood for militancy. Polls clearly suggest that they voted for an improved economy, not for further squabbling with the country’s neighbors.

The now elderly minority with personal experience of the war is dwindling, but its terrible lessons, reinforced by sixty-eight years of pacifist education, remain deeply embedded in the collective memory. Japan’s ultra-nationalists, including the thuggish demonstrators who drive through the streets in trucks blaring militarist songs from the bad old days, have drawn a lot of attention from Western journalists, but they remain a fringe phenomenon, loathed and despised by the great majority of their fellow citizens.

At Waseda University in Tokyo, where I teach once a week, a student with a loudspeaker stands in front of a large placard, speaking in ardent opposition to any revision to Article 9 of the Japanese Constitution: “Aspiring sincerely to an international peace based on justice and order, the Japanese people forever renounce war as a sovereign right of the nation.” He has no audience, and passersby seem not to pay him the least attention. My own students in the Faculty of Law appear indifferent to political questions in general. Asked whether they would imitate the South Korean students who swim their way to contested islands to claim them for their country, my students look at me as if I had made a particularly feeble joke.

The announcement in early September that Tokyo has been selected to host the 2020 Olympics has been greeted with near universal jubilation. And in late November, close to the fiftieth anniversary of her father’s death, Caroline Kennedy arrived in the capital to take on her duties as America’s new ambassador. A diplomatic novice with little knowledge of Japan, she faces knotty issues, including the territorial conflict with China and the future of the locally unpopular Futenma Marine Corps Air Station on Okinawa. Still, the appointment was treated in the media with great fanfare, with photographs of her childhood in the White House and unprecedented coverage of her horse-drawn carriage ride to the Imperial Palace, where she was formally received. For a while there was much talk of a new era in U.S.-Japan relations, but then came Abe’s Yasukuni Shrine visit, followed in late January by a tweet from Ambassador Kennedy, in which she condemned the annual dolphin hunt in Taiji, a coastal town in western Japan. Even Japanese with their own doubts about the practice were dismayed at what they saw as self-righteous interference in Japan’s internal affairs, especially as the statement appeared to put both the ambassador and the U.S. government on the side of Japan-bashing Sea Shepherd, an extremist environmentalist group. Yoshihide Suga, the Abe government’s soft-spoken chief cabinet secretary, responded with a defense of the Taiji fishermen, calling dolphins “a very important water resource.”

The third anniversary of the Great East Japan Earthquake has now come and gone. Spring is in the air. Unofficial talks are taking place between Japan and North Korea, even as Prime Minister Abe joins hands with the United States and the European Union in condemning the Russian occupation of Crimea. Tomorrow, Vernal Equinox Day, Japan’s department stores will be full of holiday shoppers, eager to make purchases before the consumer-tax hike takes effect. Amid the many vicissitudes of Japanese life, some things, it seems, are certain.

Published in the May 2, 2014 issue:
View Contents
Tags
Foreign Affairs