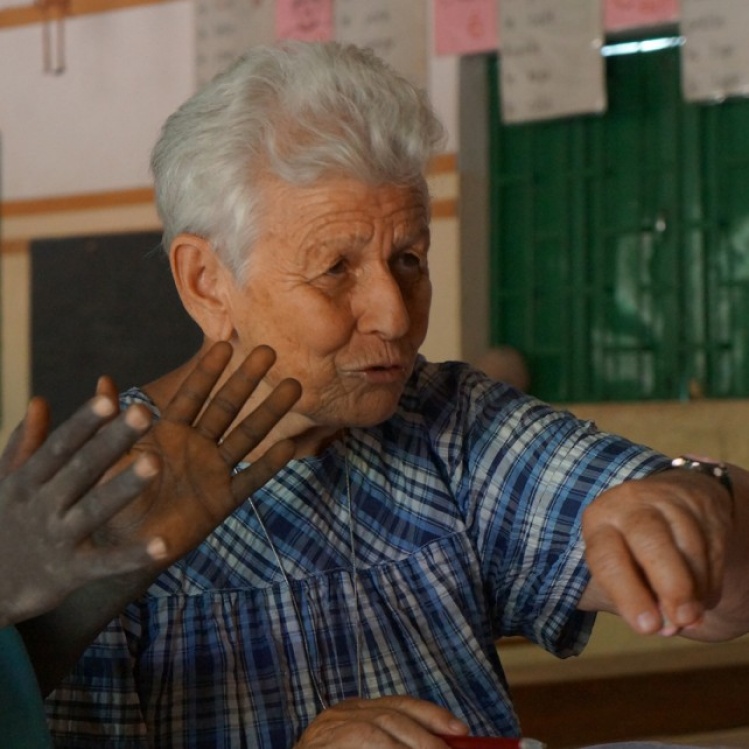 Two Italian priests and a Canadian nun were kidnapped by unidentified gunmen in Cameroon on April 5. The radical Islamist group Boko Haram from Nigeria is suspected. I don’t remember how I came across the story. Did I read it? Was it on the radio? But I know it registered. These were Catholic missionaries. Who were they? The news story didn’t say.

The setup, however, was  familiar. They had voluntarily put their lives at risk to help others, to do something good in the world, in imitation of Jesus. Now they were facing who knows what. Torture? Martyrdom? Certainly fear and violence. I felt a pang of anguish for them.

A few days later I received an email from a sister friend of mine. The religious who was kidnapped, Sr. Gilberte Bussière, is a member of her community. Sr. Gilberte entered religious life at age 17, and went to Cameroon in 1979, at age 40. I know something of this community, the Congregation of Notre Dame. The group was founded by St. Marguerite Bourgeoys in 1658. They are a practical and joyful lot, proud of their schools and missions and the international and multicultural character of their community in the present time. They are committed to “liberating education.” The event drew closer still as I learned that I know several sisters from her group. More details emerged. Her mother, very elderly, is still living. Several of their Cameroonian sisters also taught at the school there. These sisters were left unharmed. Only Sr. Gilberte and the two priests were taken.

Why the ‘Metropolitan Plan’ Doesn’t Work